May Champions of Justice: Bahrain 13

14 May 2015: The Bahrain 13 are a group of opposition leaders, rights activists, bloggers and clerics arrested in connection with their role in the February 2011 protests. This month they are featured in the Champions for Justice to shed light on the escalation of prisoner abuse in Bahrain. The Bahrain 13 in particular have been subjected to mistreatment since they were first arrested in 2011, which was well documented by the Bahrain Independent Commission of Inquiry. More recently, they have been separated from the rest of the prisoner population and made to wear uniforms designating them as criminal convicts, unlike other political prisoners.

Read the full profiles of the Bahrain 13 here 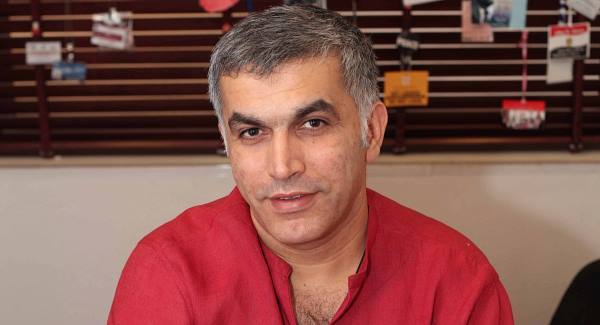 Write to your MEP now

37 arrested including 4 children
2 released
3 sentenced to more than 6 years in prison
188 trials postponed
Nabeel Rajab 6 month sentence upheld
Wefaq leader Ali Salman back in court
Security forces continue the use of force and excessive use of tear gas against peaceful protesters. 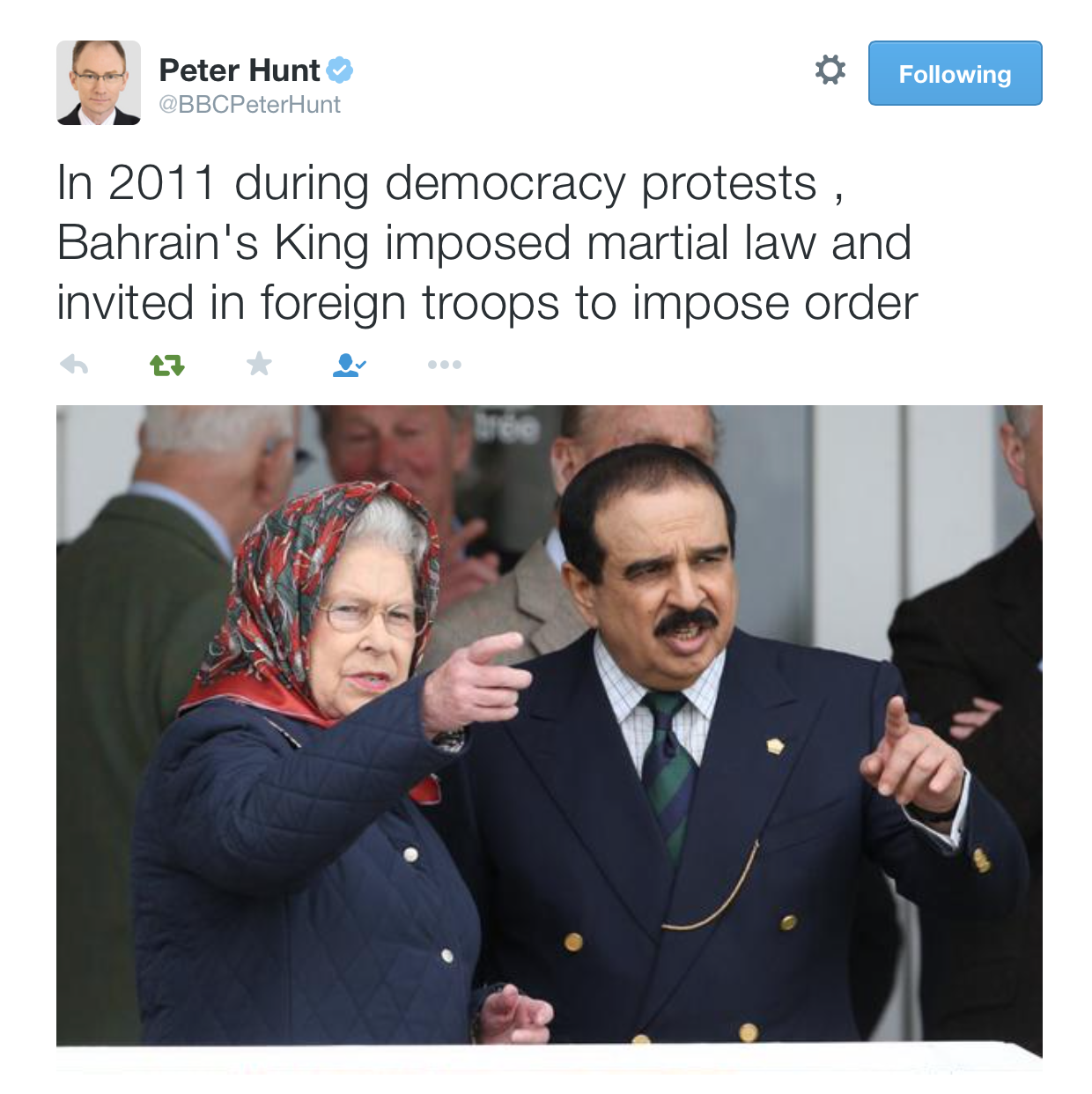 Does the UK have a red-line when it comes to Bahrain’s rights abuses?

Bahrain’s King Heads to UK Horse Show, While Human Rights Activist Heads Back to Prison For a Tweet