Slaving Away: Migrant Labour Exploitation and Human Trafficking in the Gulf 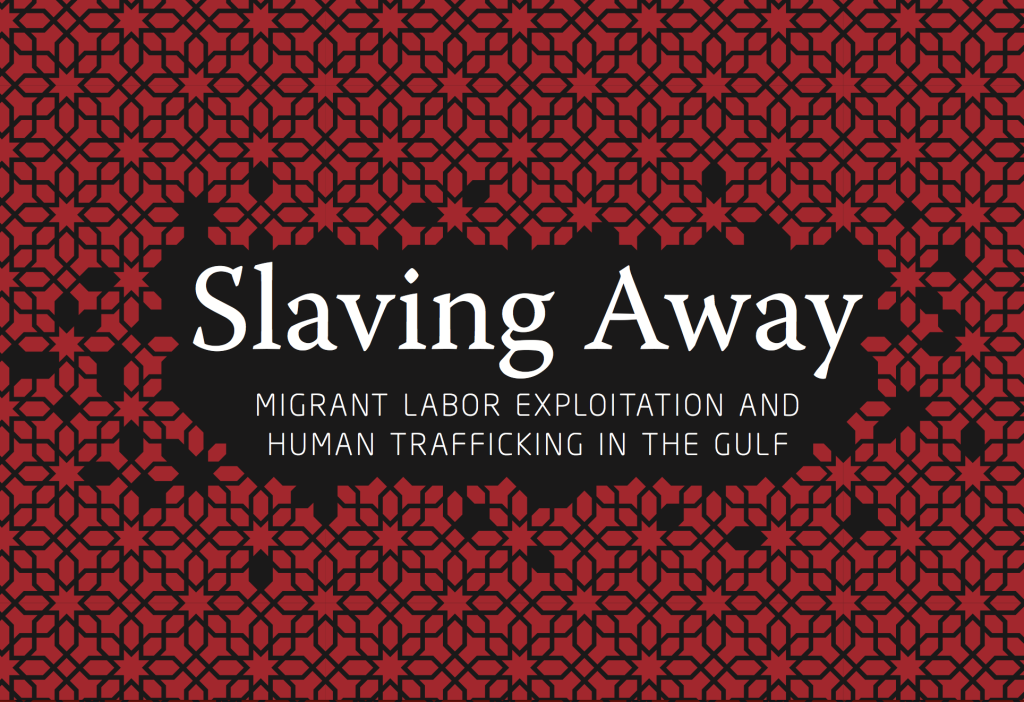 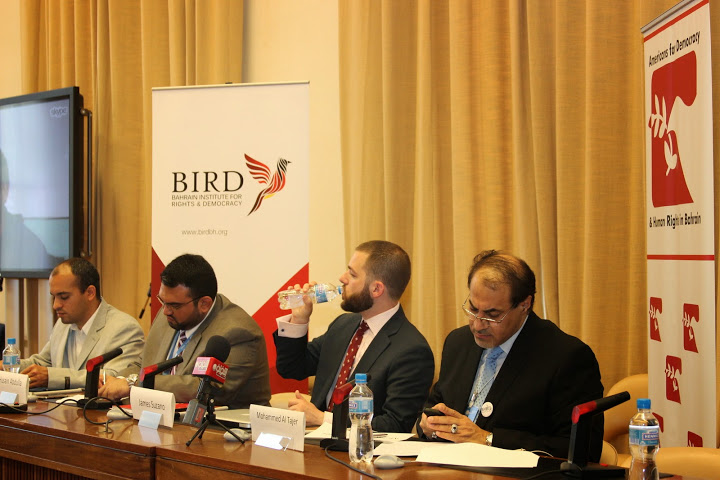 The Bahrain Institute for Rights and Democracy (BIRD) and Americans for Democracy & Human Rights in Bahrain (ADHRB) hosted an event during the 26th Session of the United Nations Human Rights Council entitled, “Slaving Away: Migrant Labour Exploitation and Human Trafficking in the Gulf.” The event, which was attended by a number of Western diplomats, focused on migrant labour rights and the practice of human trafficking in Gulf Cooperation Council (GCC) states; Bahrain, Qatar and Saudi Arabia. The event coincided with the launch of a new ADHRB report on migrant rights.  The event was co-sponsored by Human Rights Watch (HRW), Freedom House, the Solidarity Center and Youth Action Nepal.

The moderator and Executive Director of ADHRB, Husain Abdulla, provided an overview of the situation of migrant abuse and human trafficking violations on the ground in the Gulf. Mr. Abdulla discussed the kafala system of work sponsorship in the Gulf, which has led to a system of repression and abuse of foreign workers in these countries. As a result, migrants and trafficked workers face a litany of abuses in their host countries, including limitations on travel, physical abuse, horrendous working conditions, and the withholding of wages. Mr. Abdulla asserted that host countries and abusive employers must be held accountable for turning a blind eye to, or perpetrating this system of modern-day slavery.

Mahendra Pandey from Pravasi Nepali Coordination Committee, a former migrant worker in the Gulf himself, discussed the situation Nepali migrant workers face in GCC states. Estimates place the number of Nepali migrant workers in GCC states between 200,000 and 300,000, many of whom are brought in country by recruiting agencies. These agencies often have unclear practices that further perpetrate abuses against migrant workers. These agencies often lure migrant workers with high wages formalized by contracts that are then ignored when the worker arrives in country. Mr. Pandey discussed the poor housing and work conditions migrants face, as well as the psychological, physical, and sexual torture they are forced to endure.

Nicholas McGeehan of HRW focused on the United Arab Emirates, a country that touts itself as “a regional leader on migrant’s rights” due to recent modifications to the kafala system that are intended to protect migrant workers. Unfortunately, Mr. McGeehan said that while such protections “look good on paper,” they rarely translate to actual improvements. Mr. McGeehan discussed the institutional idea held by GCC states that human trafficking cannot be perpetrated by individual states, but is exclusively the action of external individuals. This highlights an important issue in that the international community has not adopted a specific definition for human trafficking, thus providing room for individual states to interpret the definition to fit their needs.

Mohamed Altajer of the Bahrain Human Rights Observatory noted that migrant workers make up more than 77% of the work force in the country, with more than 80,000 serving as domestic workers. While Bahrain is quick to mention the human trafficking laws it passed in 2008, such protections are poorly enforced and face erosion through legislation, including as a recent law banning migrant workers from driving in the country. The problem is exacerbated by a lack of political will among GCC states to effectively address the issues.