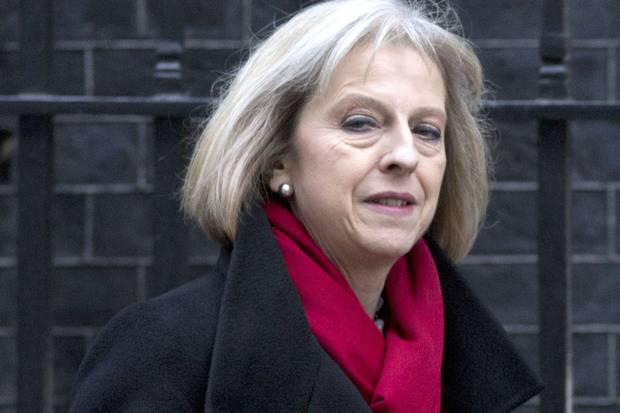 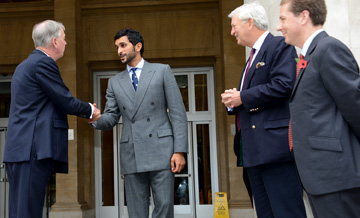 London,  27 October 2014 –  The Bahrain Institute for Rights & Democracy (BIRD), Americans for Democracy & Human Rights in Bahrain (ADHRB) and Reddress UK expressed their disappointment to the UK Home Secretary last Friday 24 October, upon receiving information of Bahrain Prince Nasser bin Hamad Al Khalifa’s arrival in London for an appearance at the 2014 British Invention Show. In a letter to the Home Secretary Theresa May, the rights groups pointed to a decision made by the UK High Court earlier this month, which ruled to quash the Prince’s functional immunity in the UK due to impending accusations of torture against him.

The rights groups expressed further disappointment in the UK’s recent engagements with the Prince, referencing the Prince’s recent visit to a Royal British Navy transport dock last week and a meeting with the British Ambassador to Bahrain only two days after the Court’s decision was announced. Sayed Alwadaei, Director of Advocacy at BIRD expressed his concern over the recent UK attitude, asserting, “the UK government should not undermine the decision by the High Court which quashed the Prince’s immunity on serious torture allegations”.

The letter urges Ms. May to act in coordination with the recent decision by the UK High Court, claiming Prince Nasser’s presence in the UK in spite of these accusations, to be in contradiction with UK policy, specified by the HMG’s Human Rights and Democracy Report of 2012 that “where there is independent, reliable and credible evidence that an individual has committed human rights abuses they will not normally be permitted to enter the UK”. The rights groups called on May to arrange the removal of the Prince from UK territory and to impose a ban on his future travel to the UK. Husain Abdulla, Executive Director at ADHRB, echoed the call: “Due to impending accusations of torture, we urge UK Home Secretary Theresa May to advise an appropriate course of action for Prince Nasser’s expulsion from the UK.”

As Britain’s longest historical ally in the Middle East, UK policy towards Bahrain in spite of persistent violations of human rights in the country, has been a topic of ongoing criticism in past months. NGOs hope that a strong decision by the Home Secretary will relay an appropriate message to the government of Bahrain on Britain’s policy towards torture and torture perpetrators. Carla Ferstman, Director of Reddress UK argues that  “instead of allowing leaders of a regime notorious for torture to enter Britain at will, the UK Government ought to be putting maximum pressure on the Bahraini Government to stop torturing peaceful protestors, and to end impunity for torture. Britain should send a strong signal to the regime and exclude people like Prince Nasser from coming here”.

BIRD, ADHRB and Redress thus call together on the UK government to respect the decision made by the UK High Court and to act in accordance with this decision by demanding Prince Nasser’s immediate removal from UK territory

See the letter below:

We write to you regarding the current visit of the Bahraini Prince Nasser Bin Hamad Al Khalifa
to the United Kingdom amidst serious allegations of torture and ill treatment. His visit coincides
with the 2014 British Invention Show of which he is a patron.

On 7 October 2014, the UK High Court quashed a decision1
by the Crown Prosecution Service that the Prince had immunity from prosecution on torture allegations under Section 20 of the
State Immunity Act 1978. Prince Nasser has been accused of taking part in individual acts of torture during the 2011 uprising in Bahrain. In 2012, the European Centre for Constitutional and Human Rights sent a detailed dossier of evidence regarding alleged practices of torture committed by the Prince. This included witness statements by members of Bahrain’s opposition who alleged that the Prince had personally engaged in acts of torture against them. Lord Justice Laws and Mr. Justice Cranston confirmed that “based on the evidence provided” in the hearing, the Prince would no longer be immune to investigation or prosecution for the alleged acts as required by UK and Bahraini commitments to the Convention against Torture.

Two days after this decision, the British ambassador met with Prince Nasser2
expressing a “keenness to strengthen ties with Bahrain.” Similarly, the UK government invited the Prince to visit the Royal British navy transport dock in Bahrain last week. These actions have shown the government’s disregard for the decision made by the UK High Court earlier this month, which considered evidence of torture claims against the Prince sufficient to strip him of his functional
immunity in the United Kingdom.

The Prince’s undisturbed arrival in the UK reflects a compromising position of the UK government towards Bahrain. While the order of the High Court on Prince Nasser recalls the UK obligations under the UN Convention Against Torture, an unchanged attitude towards the Prince amidst serious allegations of torture puts to question the UK’s commitment to its international
human rights engagements.

We express our disappointment with the decision to grant the Prince access to British territory whilst there are ongoing accusations against him. We call on the government to make it clear to the Prince that as a person accused of some of the most serious crimes, he is not welcome in the United Kingdom. I remind you of HMG’s Human Rights and Democracy Report 2012 which clearly states: “Where there is independent, reliable and credible evidence that an individual has committed human rights abuses they will not normally be permitted to enter the UK.” We further call on the government to refrain from inviting the Prince onto public property, including for the inspection of sensitive military installations and urge you to take immediate steps to advise of an
appropriate course of action for his dismissal from the UK.