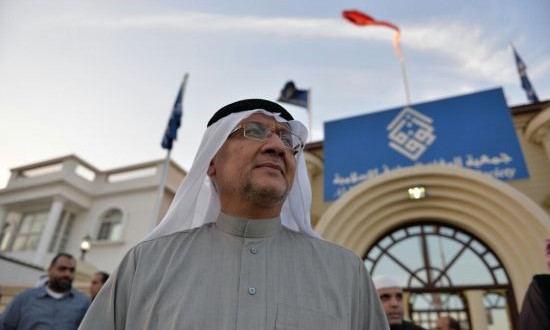 14 January 2015 – Yesterday, Bahrain’s lower criminal court sentenced former Bahraini Member of Parliament, Sayed Jameel Kadhem, to 6 months in prison and a fine of 500 Bahrain dinars (USD $1,326) on charges of “disturbing elections” for comments he made via Twitter. He was arrested today to serve his sentence, which is the maximum allowed under the law. Americans for Democracy and Human Rights in Bahrain, the Bahrain Center for Human Rights, and the Bahrain Institute for Rights and Democracy condemn the politically-motivated charges leveled against Kadhem and call on the Government of Bahrain to immediately release him and overturn the conviction.

On 23 October 2014, Kadhem was interrogated for a 9 October 2014 tweet in which he speculated about the Bahraini government’s practice of paying opposition MPs to participate in the widely boycotted November 2014 parliamentary elections. Kadhem was a Member of Parliament from 2006 until 2011, when he submitted his resignation along with 17 other MPs in protest over government violence against peaceful protesters. He is currently head of the Shura Council of the Al Wefaq Political Society, Bahrain’s largest opposition party.

In recent months, the Government of Bahrain has intensified its campaign against the leading opposition party. In the lead up to the November 2014 parliamentary elections, a Bahraini court suspended Al Wefaq activities, preventing it from organizing rallies or issuing statements during the election period. As a result of this and other government actions, Al Wefaq boycotted the elections, which were marred by reports of government intimidation, bribery, and violence. Then, on 28 December 2014, Bahraini authorities arrested Shaikh Ali Salman, Secretary-General of Al Wefaq.

The Bahraini government has also escalated the suppression of freedom of speech through judicial harassment. In 2014 alone, more than a dozen Bahrainis were arrested and sentenced to a total of 174 months in prison for exercising their free speech rights. The list includes human rights defenders like Nabeel Rajab, President of Bahrain Center for Human Rights, who is expected to be sentenced on 20 Jan 2014 for a comment he made on Twitter.

Bahrain’s sentencing of Kadhem stands in direct violation of the rights protected, inter alia, by the International Covenant on Civil and Political Rights (ICCPR) and the Universal Declaration of Human Rights (UDHR). These including rights to freedom of expression (ICCPR and UDHR art. 19), assembly (ICCPR art. 21; UDHR art. 20), association (ICCPR art. 22; UDHR art. 20) and the right to take part in public affairs (ICCPR art. 25; UDHR art. 21).