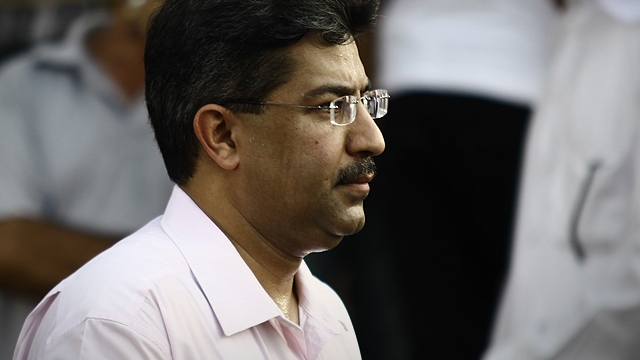 27 March 2015 – London – Americans for Democracy and Human Rights in Bahrain (ADHRB), the Bahrain Institute for Rights and Democracy (BIRD) and the Bahrain Center for Human Rights (BCHR) urge for the immediate release of Fadhel Abbas, the Secretary General of the Democratic Unity Gathering Society (Al Wahdawi) in Bahrain, after being detained on charges related to his freedom of opinion and expression. The said organizations also express concerns over the mounting civilian death toll in Yemen as a consequence of the Arab Coalition air strikes.

On 26 March, the Bahrain Ministry of Interior (MOI) announced that Bahrain joined Saudi Arabia and other Arab States in air strikes in Yemen. Following the announcement, the MOI issued a statement warning to take steps against anyone expressing opinions “against the approach that Bahrain has taken”.

Following the warning, the Ministry of Interior announced the arrest of two individuals whom had expressed their opinions against the war in Yemen. Fadhel Abbas was one of those individuals. He was arrested on the same day the Al Wahdawi Political Society in Bahrain published a statement on Twitter condemning the country’s involvement in the war in Yemen.

“There are few things more ironic than Bahrain plunging its nation into foreign war without any public consultation, then detaining citizens at home for voicing opposition against the war on grounds of “putting the safety and security of the country at risk”, said Sayed Ahmed Alwadaei the Director of Advocacy at BIRD.

Immediately following the detention of Mr. Abbas, the MOI announced that it had taken steps to dissolve the Al Wahdawi Political Society on the grounds of “undermining national security”. The society had already been previously suspended.

The air strikes in Yemen that commenced on 26 March, have reportedly led to the deaths of 25 civilians including 6 children under the age of 10. The high civilian death toll on the first day of the air strikes has raised concerns over the ability of the parties involved in the conflict to uphold binding principles of international humanitarian law and customary international law including the principles of necessity and proportionality.

Husain Abdulla, Executive Director of ADHRB stated, “It is important that all precautions be taken to protect the innocent civilians that have been caught in the crossfire of this conflict and that all parties involved uphold the principles of international humanitarian law.”

As a party to the conflict, Bahrain has an obligation under the Geneva Conventions its optional protocols, and customary international law to ensure that its actions in Yemen distinguish between civilians and combatants and distinguishes between civilian and military objects. If an attack is expected to cause incidental loss of life or damage to civilian objects, Bahrain must ensure that it is proportionate to the direct military advantage. This includes taking all feasible precautions to reduce incidental loss of civilian life, injury to civilians and damage to civilian objects and to avoid indiscriminate attacks at all costs.

Bahrain is also party to the Universal Declaration of Human Rights and the International Covenant on Civil and Political rights which upholds the rights to freedom of expression and assembly.

The aforementioned organisations call on Bahrain to: