Bahrain Strips Citizenship of 56, Including 9 Children, Bringing 2015 Total up to 128 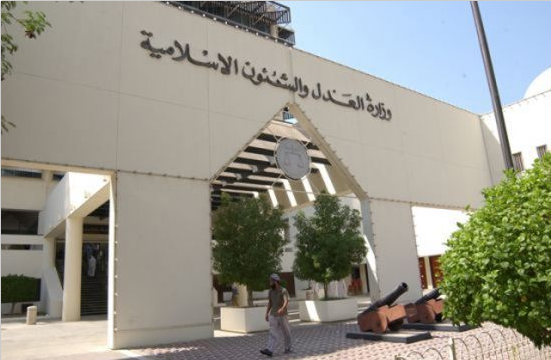 11 June 2015 – The Bahrain Institute for Rights and Democracy (BIRD) and Americans for Democracy and Human Rights in Bahrain (ADHRB) condemn the unfair trial of 61 persons in a single terrorism case, and the court’s decision to strip the citizenship of 56 of those sentenced, including nine children under 18.

A total of 61 individuals were tried before the First Higher Criminal Court, most of them in absentia. Of them, the court sentenced 52 to between 10 and 15 years and five to life sentences, while four were found not guilty. 56 of the defendants were made stateless by the court’s decision to strip their citizenship. The sentenced individuals were also fined up to BD 10,000 (USD $26,500). The majority of the defendants are from the north-western village of Bani Jamra and other surrounding villages. Families of the imprisoned see this as a targeted intimidation tactic against their community.

The court did not adhere to international standards of fair trial as enshrined under article 14 of the International Covenant on Civil and Political Rights (ICCPR), as a majority of the defendants were not present during the court proceedings. Lawyers also confirm that some defendants were subjected to torture during interrogation. ADHRB and BIRD make no representations regarding the guilt or innocence of those convicted, but strongly believe that every person in the world is guaranteed the fundamental human right to a fair and independent trial.

“For the children sentenced in court today, their lives have effectively been ruined,” said Husain Abdulla, Executive Director of ADHRB, “Bahrain’s politicized courts are disenfranchising an entire generation of Bahrainis with unfair imprisonment.”

Today’s court decision brings the total of citizenships stripped in Bahrain to 180. Of these, 128 were stripped in 2015 alone, compared to 21 in 2014, 0 in 2013 and 31 in 2012. A 2014 amendment to Article 10 (c) of the Bahraini Citizenship Act 1963 allows the Government of Bahrain to strip the citizenship of persons found guilty of terrorism, but citizenship can also be stripped arbitrarily. In January 2015, the Ministry of Interior ordered the revoking of 72 individuals’ nationality without due process or trial for alleged crimes that included “defaming the image of the regime, inciting hatred against the regime and spreading false news to hinder the rules of the constitution”.

“This phenomenon of stripping citizenship is escalating frighteningly,” said Sayed Ahmed Alwadaei, “Bahrain’s courts are breaking records in citizenships stripped at a time and is the highest in 2015 in the Middle East.”

The revocation of citizenship is a severe violation of international law, namely Article 15 of the Universal Declaration of Human Rights, which states that “no one shall be arbitrarily deprived of his nationality.” An arbitrary revocation of nationality may also lead to violations of other human rights conventions such as the right to a family life, the right of children to have a nationality under the UN Convention on the Rights of the Child and obligations under the ICCPR. Individuals that have been rendered stateless also face severe difficulties in enjoying social and economic rights and freedoms.

For these reasons, BIRD and ADHRB call on Bahrain:

To the United Nations Office of the High Commissioner for Human Rights:

To the European Union, United Kingdom and United States of America: