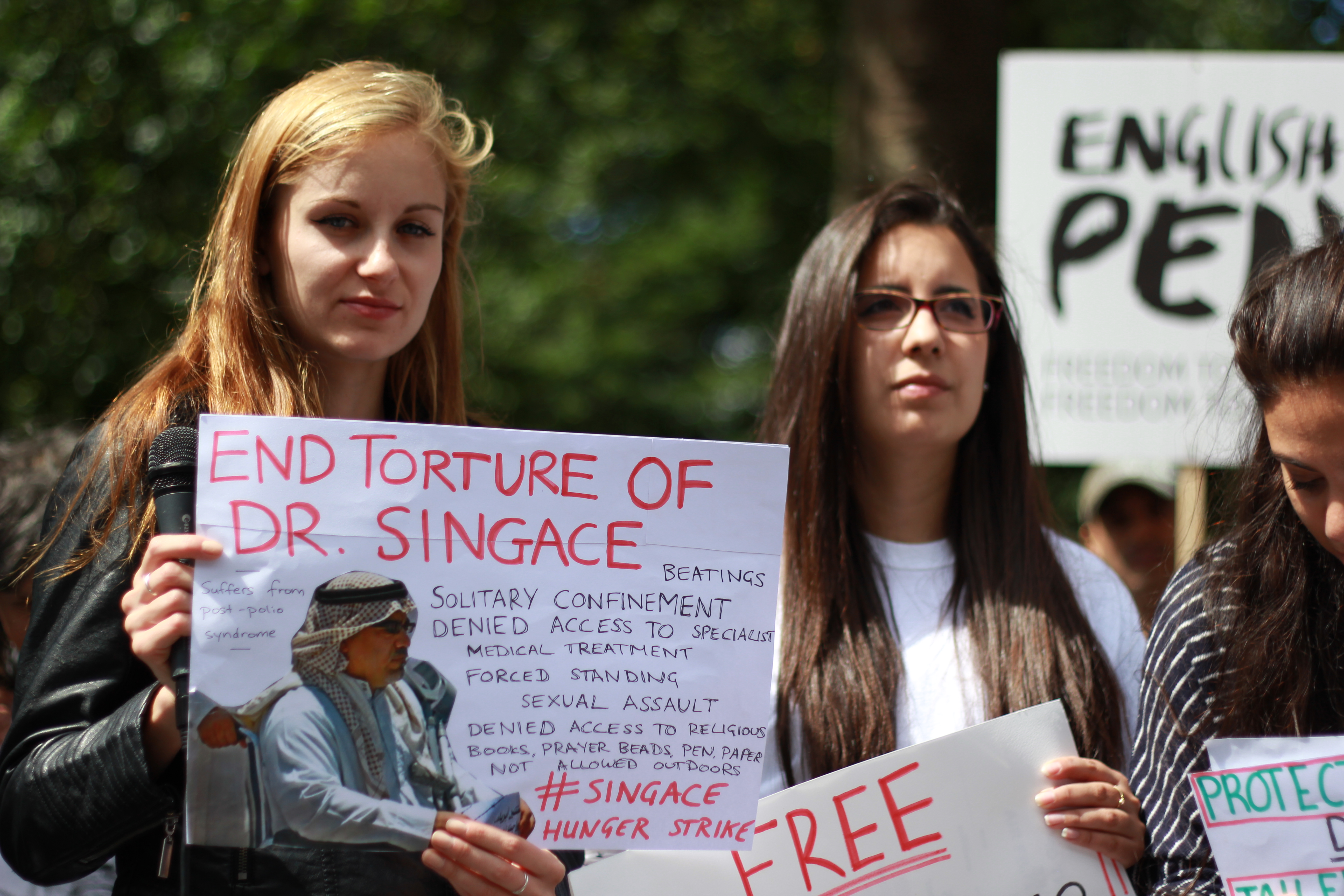 On Wednesday, 29 July 2015, the Bahrain Institute for Rights and Democracy, English PEN and Index on Censorship gathered outside the Bahrain Embassy in London to protest the ongoing detention of Dr. Abduljalil Al-Singace.

At the solidarity protest, BIRD associates read out extracts from the testimony of Dr. Al-Singace, as documented in the Report of the Bahrain Independent Commission of Inquiry (BICI), which called on the government of Bahrain to respect its obligations under international law and to free Dr. Al-Singace. English PEN spoke about restrictions on freedom of expression and called on Bahrain to safeguard freedom of expression. The organisations also called on Bahrain to investigate allegations of torture in Bahrain’s prisons and called for urgent medical attention for Dr. Al- Singace. Dr. Al-Singace suffers from post-polio syndrome, heart, eye, and sinus problems, and requires urgent nasal and ear surgery. Prison authorities have denied Dr. Al-Singace the specialist medical treatment that he urgently needs. He is currently being detained at the Al-Qalaa Hospital and is not permitted to go outdoors. He is also being denied access to novels, religious texts, television, radio, and pen and paper for writing. Dr. Al-Singace was not even permitted a condolence visit when his nephew died. 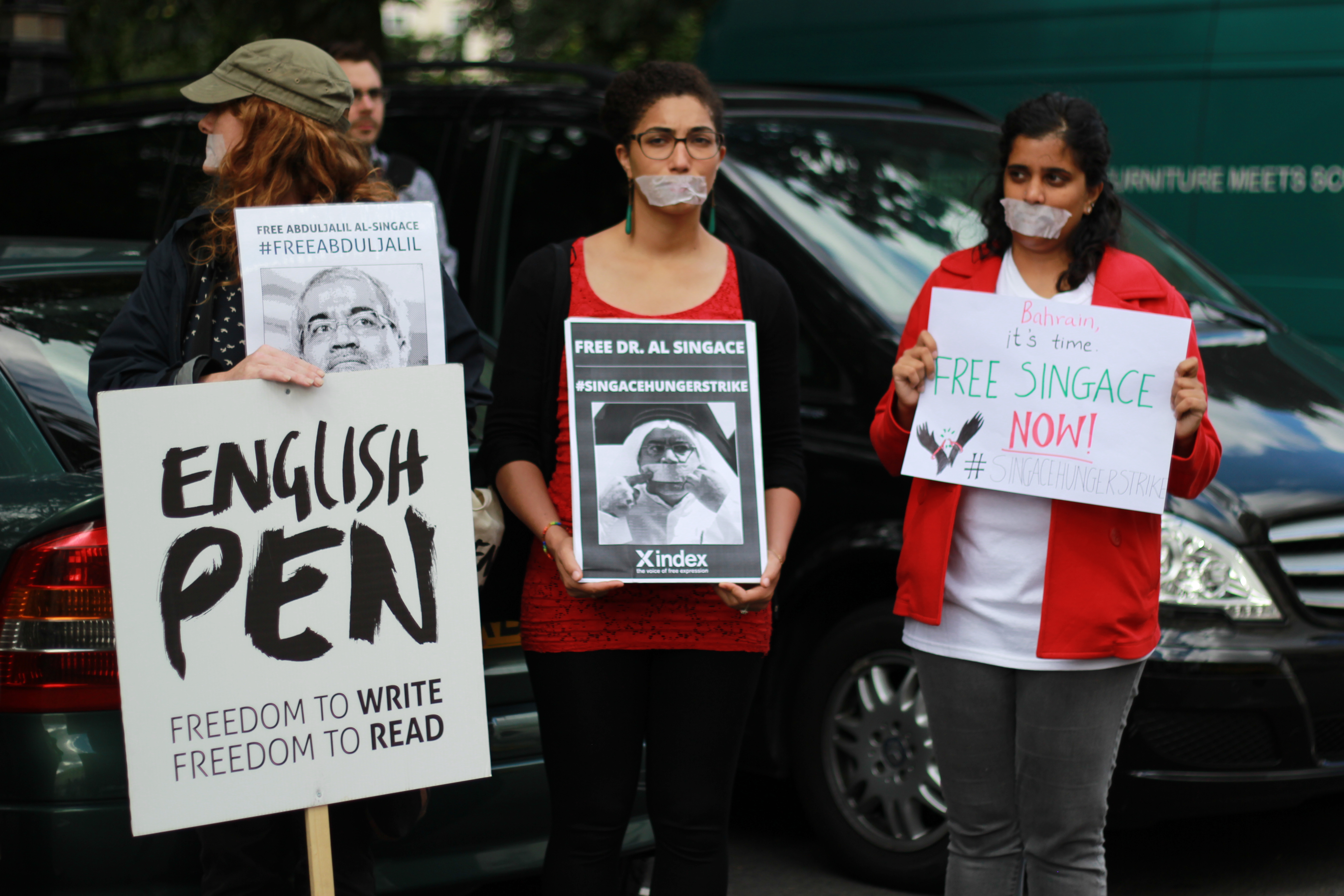 In June 2015, BIRD, English PEN and Index on Censorship launched a social media campaign for Dr. Al-Singace – #SingaceHungerStrike – alongside a number of other NGO’s and the University College Union. They are also calling on supporters to send writing materials and messages of support to Dr. Al- Singace.