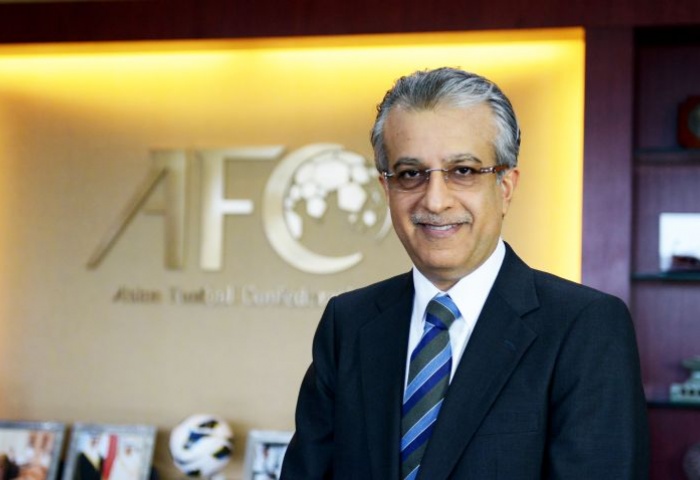 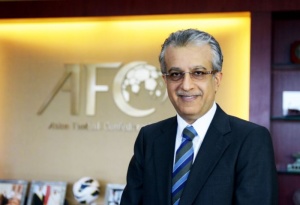 25 October 2015 – London – Amidst allegations of complicity in crimes against humanity, Sheikh Salman bin Ebrahim al-Khalifa, the President of the Asian Football Confederation (AFC) and a member of the Bahraini royal family, today announced his candidacy for President of the International Federation of Football Associations (FIFA). In light of these allegations, Americans for Democracy & Human Rights in Bahrain (ADHRB) and the Bahrain Institute for Rights and Democracy (BIRD) strongly urge FIFA leadership to reject his presidential bid and to pursue further investigations under FIFA’s Code of Ethics.

In February 2011, nearly 200 players, coaches, referees, and other sports staff joined with the wider pro-democracy movement to call for reform in Bahrain. Following a violent government assault on the movement, Sheikh Nasser bin Hamad al-Khalifa, son of the king and president of the country’s Olympic Committee, created a special commission and appointed Sheikh Salman as chairman in order to identify and punish more than 150 members of the sporting community who had peacefully protested. Sheikh Nasser indicated how he intended to use the commission, publicly calling for “a wall to fall on [protesters’] heads … even if they are an athlete,” and tweeting, “If it was up to me, I’d give them all life [in prison].”

As president of the BFA and chairman of the commission, Sheikh Salman played a key role in Bahrain’s retaliation against athlete-protesters. Throughout the government crackdown, he allegedly examined photographs of the protesters, identifying Bahraini athletes for the security forces. The authorities then used this information to arrest, detain, and publicly defame all who were named, of which many credibly allege that they were tortured during detention. Some of these individuals later faced military tribunals, like Mohammed Hubail, a member of Bahrain’s national football team; after secret legal proceedings, a court sentenced him to two years in jail. Several other members of the national team, including Mohammed’s brother, Ala’a Hubail, and Sayed Mohamed Adnan, were similarly punished.

“At a time when the government was violently repressing Bahrain’s pro-democracy movement, Sheikh Salman directly contributed to a climate of repression and impunity by identifying athletes for arrest, suspension, and retaliation,” said Sayed Alwadaei, Director of Advocacy for BIRD.

In 2013 and 2014, ADHRB and BIRD each wrote to FIFA leadership expressing deep concern over these allegations and noting that that Sheikh Salman had been accused of unethical behavior in the past, including election-rigging and vote-buying in a 2009 scandal. ADHRB and BIRD have both requested the FIFA Ethics Committee open an investigation into Sheikh Salman’s potential violation of Articles 13, 23, and 24 of FIFA’s Code of Ethics. Should further investigation have verified the allegations, both organizations also requested that FIFA terminate his membership on all standing committees and pursue further punitive action as appropriate.

Four years after the unrest began in Bahrain, the government continues to hold a number of players in detention, and many others have been indefinitely suspended from their teams. There is as yet no indication that the government has compensated any athletes subjected to torture, and, moreover, it has failed to hold the perpetrators of their abuse accountable. Although the High Court of London recently revoked Sheikh Nasser’s diplomatic immunity in relation to alleged acts of torture, the Government of Bahrain has steadfastly refused to investigate either him or Sheikh Salman for their involvement in the special athletic commission and its systematic violations of human rights. Now, Sheikh Salman could assume global influence as the president of FIFA.

“Despite credible evidence that he’s been complicit in a variety of criminal activities – potentially violating both international law and FIFA’s Code of Ethics – Sheikh Salman feels qualified to lead one of the world’s most important athletic bodies,” says Husain Abdulla, Executive Director of ADHRB, “FIFA, an organization that should be a symbol of unity and fair competition, cannot risk the leadership of someone so deeply implicated in corruption and crimes against humanity.”