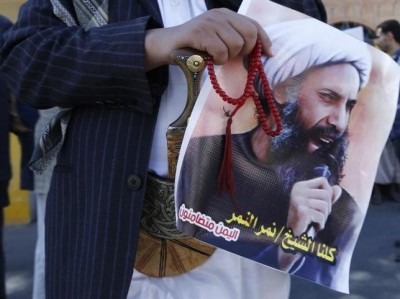 2 January 2016 – London – The Government of Saudi Arabia executed reformist cleric Sheikh Nimr Baqir al-Nimr today, along with 46 other persons. Americans for Democracy & Human Rights in Bahrain (ADHRB), the Bahrain Institute for Rights and Democracy (BIRD), and the European Centre for Democracy & Human Rights (ECDHR) condemn in the strongest and most absolute terms the actions of the Saudi government, and call on the governments of the international community to intervene in order to prevent any further bloodshed.

Sheikh Nimr was a peaceful reformist that espoused non-violence in his dissent against the Government of Saudi Arabia. He championed the equality for all Saudi citizens, and vocally supported the anti-government peaceful protests that occurred in the country’s Eastern Province and over parts of the country in 2011. The Government of Saudi Arabia has historically discriminated against its human rights defenders and reformers; his execution is likely to further destabilize the country.

“In Bahrain, we knew Sheikh Nimr as a peaceful reformist,” said Sayed Ahmed Alwadaei, the Advocacy Director at BIRD. “His loss will be mourned throughout the world.”

The Government of Saudi Arabia violently arrested Sheikh Nimr in 2012. Sheikh Nimr sustained multiple gunshot wounds during the arrest. In 2013, the Government tried and convicted him of terrorism-related offences, including “breaking allegiance to the ruler,” and “inciting sectarian strife.” The government tried him in its Specialized Criminal Court, a court separate from the traditional Saudi criminal justice system and mired in allegations of due process violations. In 2013, the Court convicted him on these charges, and in 2015 he lost his final appeal. The government carried out his execution today.

“The execution of Sheikh Nimr is not only the most serious crime imaginable against a single person – it is also a crime against human rights, democracy, and human dignity,” said Husain Abdulla, Executive Director of ADHRB. “Saudi Arabia was able to commit the crime of executing Sheikh Nimr because it felt the international community its silent on its gross human rights violations.

Along with Sheikh Nimr, the Government of Saudi Arabia executed 46 other persons, which the government miscellaneously described as guilty of “terrorism-related” offences. Saudi Arabia maintains an expansive and over-reaching definition of terrorism, which can include anything from violent crime to peacefully insulting the King or the Minister of Interior over Twitter.

“The entire world is witness to this humanitarian catastrophe,” said Sayed Ahmed Alwadaei. “The Saudi government is empowered to kill innocent people. Without US and UK support, however, maybe things would have ended differently for these 47 victims.”

Several of Sheikh Nimr’s relatives and supporters remain incarcerated and on death row. Ali al-Nimr, Sheikh Nimr’s nephew, was convicted by the Government again on terrorism-related charges. Ali al-Nimr was a minor at the time that the alleged acts occurred. The Government reportedly sought his crucifixion at trial.

“I am deeply saddened by the news about Sheikh Nimr. However, we can still work to save his nephew, Ali, and his supporters.” said Husain Abdulla. “The international community, including the United States and the United Kingdom, must do everything in their power to end this pointless bloodshed.”