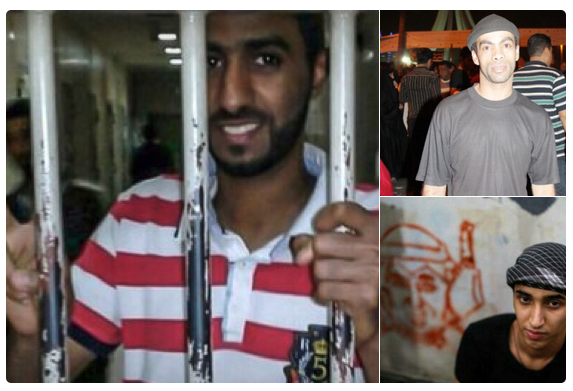 We strongly condemn the Bahraini government’s use of the death penalty, lengthy imprisonment sentences, and revocation of citizenship, amid ongoing credible allegations of torture, ill-treatment and deprivation of due process.

On 31 May 2016, an appeals court in Bahrain upheld the death sentences of three individuals – Sami Mushaima, Abbas Al-Samea, and Ali Abdulshaheed Al-Singace; and life sentences for six others – Ali Jameel Al-Samea, Taher Al-Samea, Husain Ahmed, Hasan Sabah, Ahmed Matooq and Redha Mushaima; and revoked the citizenship of eight of them. The detainees were arrested over two years ago, on 3 March 2014, by security forces in house raids, on charges of allegedly using improvised explosive devices which led to the killing of three police officers, one of them being an Emirati citizen. The state-sponsored media quickly published photos of the defendants accusing them of murder, before the investigation was even completed. On 26 February 2015, the High Criminal Court convicted them of all charges and passed sentence.

We have been closely monitoring these cases, raising the alarm on more than one occasion on questionable interrogation practices and ill-treatment of these detainees, who were refused access to their families and lawyers. They said that they were subjected to torture during interrogation to force them to confess. Despite being presented with evidence to prove their innocence, the court convicted and sentenced them to the harshest of punishments. All defendants denied the charges against them, and pleaded innocent.

According to reports, security forces subjected detainees to more than a week of enforced disappearance, during which they were allegedly tortured.  Sami Mushaima, who is one of three individuals sentenced to death for his alleged planning of the bombing event, has claimed that the security forces tortured him to force his confessions by beating him in his genital area, and keeping him handcuffed at all times, even in his prison cell. They also forced him to stand for hours and limited his access to toilet. Abbas al Samea also alleged he was subjected to various form of torture, including electric shocks, sleep deprivation and sexual assault. Other detainees in the case have reported being subjected to the same forms of torture.

Additionally, the defendants’ lawyers were prevented from accessing the case files during trials, and from cross-examining the public prosecution’s witnesses. As such, the prisoners’ legal representatives boycotted the hearings and protested the unjust and biased investigation and trial. This is a clear violation of their legal right to due process. Consequently, the case document that was submitted by the public prosecutor relied entirely on a confession obtained through torture.

We continue to note the escalation of harsh sentences issued by Bahraini courts in absence of due process and over politically motivated charges. In May 2016 alone, BCHR registered a total of 1,718 years’ worth of prison sentences, across more than 44 cases all related to the political unrest in Bahrain. 182 persons were subject to these sentences, where some of them have to pay a total of BHD 218,960 in fines (the equivalent of USD$1,093,959.20). Moreover, 36 individuals had their citizenship revoked through court orders.

According to article 6 of the International Covenant on Civil and Political Rights (ICCPR), every individual has the right to life, and no one shall be arbitrarily deprived of his right. Article 6(2) mentions that countries which have not abolished the death penalty may not impose a death sentence against individuals if they cannot be guaranteed the right to a fair trial and where other ICCPR rights have been violated. This right to a fair trial will include the presumption of innocence and the right to examine witnesses. According to the interpretation by the UN Human Rights Committee, all ICCPR provisions must be upheld throughout proceedings. This includes the absolute rights under article 7 not to be subjected to torture or to cruel, inhuman or degrading treatment or punishment, for any purpose.

We therefore call upon the government of Bahrain to: