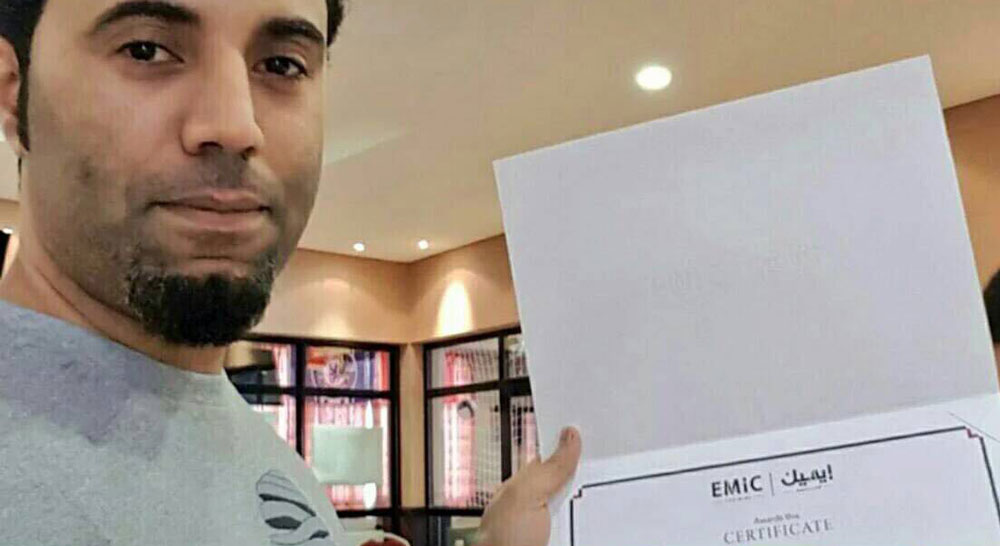 The undersigned NGOs call on the government of Bahrain to immediately launch an independent and impartial investigation into the death of 35-year-old detainee Hassan Jassim Hasan Al-Hayki amid credible allegations of torture. Officials must prosecute and hold accountable anyone found to have caused or contributed to Mr. Al-Hayki’s death. These torture allegations also raise further concerns regarding the inability of the Ministry of the Interior’s Ombudsman and the Prisoners and Detainees Rights Commission (PDRC) to prevent ongoing abuses in Bahrain’s detention centers.

On 31 July 2016, the Al-Hoora police station reported the death of Mr. Al-Hayki to his family in a phone call, informing them that he had died at the Salmaniya Medical Complex. No specific causes of death were provided but a post on the Interior Ministry’s website alleged that he “suffered from a medical condition” and had died from “natural causes”. His family has confirmed that Al-Hayki did not suffer from any health issues prior to his arrest and have alleged that he died from injuries sustained during torture at the Criminal Investigations Directorate (CID).

Mr. Al-Hayki was detained on 4 July after masked security forces raided his home in Isa Town at approximately 6:00am. The authorities did not present an arrest or search warrant. Mr. Al-Hayki was subsequently accused of taking part in a 30 June bombing at the village of Al Ekar which led to the death of a civilian, Fakhriya Msallam.

Following his initial arrest, Mr. Al-Hayki, in a short phone call, informed his family that he was being held at the CID and asked them during a second call for clothes. The government denied him access to a lawyer.

On 8 July 2016, Mr. Al-Hayki told his family that he was taken to the Public Prosecution for interrogation where he refused to sign a confession. When he returned to the CID, he alleged that he experienced further ill treatment and was threatened at gunpoint.

Two days later, on 12 July 2016, the Ministry of Interior published a video reconstruction of the reported Al-Eker blast, which included a photo of Al-Hayki, along with two other defendants. The video claimed that they were involved in the incident that allegedly caused the death of Fakhriya Msallam.

On 24 July 2016, Mr. Al-Hayki informed his family that he was moved to Building 10 of the Dry Dock Detention Center. His family was able to see him a day later on 25 July 2016. They told the Bahrain Center for Human Rights (BCHR) that he looked exhausted and unnaturally thin during the visit. They also said that security forces subjected him to severe and frequent beatings on his head and genitals at the CID. The authorities also allegedly hung him in chains on multiple occasions over the course of four days, causing him to collapse and lose feeling in his body.  Mr. Al-Hayki’s family say that he last made contact during a phone call on 30 July.

The family has not been allowed to see Al-Hayki’s body and have filed a case at Hoora police station of a criminal suspicion, giving details of his alleged torture at the CID, and requesting an autopsy. The family has not yet received the death certificate.

The Government of Bahrain has an obligation to respect the right to life under the International Covenant on Civil and Political Rights. It is also under an obligation to prevent the use of torture under the UN Convention Against Torture. The lack of due process during Al-Hayki’s arrest, interrogation, and detention, combined with a denial of the right to a fair trial and allegations of torture, raise further questions over Bahrain’s commitment to its international human rights obligations and its promises of reform. These allegations of mistreatment coupled with the deceased lack of previous health problems raise serious concerns over his sudden death. It is reminiscent of cases documented by the Bahraini Independent Committee of Inquiry (BICI) – which reported at least five cases of death in custody presumed to be due to complications suffered as a result of torture. In November 2014, another person reportedly died in prison due to torture. No senior officials were held into account for the torture and mistreatment against prisoners, instead the Bahraini authorities have resorted to detaining and prosecuting those who discuss torture, including the president of BCHR, leading human rights defender Nabeel Rajab.

The undersigned call the Government of Bahrain to: