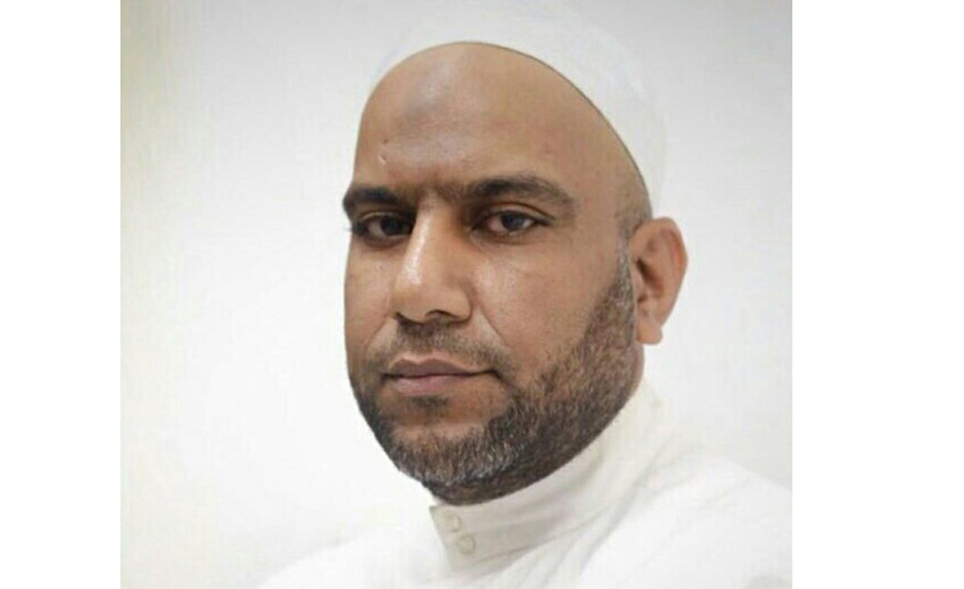 24 November 2016 – Bahrain’s National Institute for Human Rights (NIHR) misled on the case a victim of enforced disappearance after their family complained to the press. The NIHR’s actions in this case is indicative of its failure to represent and defend the interests of victims of rights abuses.

Sayed Alawi Hussein Alawi is a Bahraini from Duraz, a village which has been under constant police blockade since June 2016. Police arrested Sayed Alawi a month ago, and until today the family had no knowledge of where he was held. The circumstances of his arrest raise significant concern that Sayed Alawi is a victim of torture.
The incident with the NIHR came after the family told their story to Alwasat, the only independent newspaper in the country. They toldAlwasat that Sayed Alawi had been in policy custody for 31 days now, but that they had no idea where he was held. The circumstances make Sayed Alawi a victim of enforced disappearance, violating the right to liberty as protected under Article 9 of the Universal Declaration of Human Rights.

Soon after and in response, the NIHR told the same newspaper that Sayed Alawi is being held in the Dry Dock Detention Centre, and that his wife knows this and was informed by the Criminal Investigations Deparment. His wife, Majeeda, has spent the last month pursuing the police for his whereabouts and disputes this. She responds that this being informed is not the same as confirmation, and that she needs to speak with and meet her husband.

Majeeda told the Bahrain Institute for Rights and Democracy (BIRD) that the NIHR misrepresented them and the case. They met her at her school and told her the Ministry of Interior, which oversees the police, confirmed a call to her from her husband. She denied ever receiving a call, and asked why she would lie about this.

Sayed Ahmed Alwadaei, Director of Advocacy, BIRD: “It’s just another case of a Bahraini ‘human rights reform’ rejecting the vulnerable rather than helping them. Sayed Alawi is arbitrarily detained and may have been tortured. His wife and family are distressed. And the NIHR is treating them with disrespect, when they should be helping them. This is just an addition to the long list of rights failures coming from Bahrain. The UK has been deeply involved in providing assistance to Bahrain, and need to change direction. Their policy of technical assistance is simply not working.”

The NIHR is one of four institutions which the Bahraini government describes as its human rights reforms, instituted after a violent government response to mass Arab Spring protests in 2011. However, the NIHR is not independent from the government, and does not meet the full requirements for such bodies, as established under the internationally-recognised Paris Principles.

In the afternoon of 24 October 2016, unknown armed men detained Sayed Alawi from his workplace. Multiple cars reportedly surrounded Sayed Alawi’s worksite, raided his office, confiscated his electronic devices, and then took him to an undisclosed location.

Following that, Majeeda tried on multiple occasions to confirm his location. She visited the CID – where criminal investigations are conducted, and the site of incidents of torture in Bahrain – on 26 October, but was told he was not there. She visited again on 1 November, and officials refused to confirm or deny his location. On 3 November, she received a call from the CID informing her that he was in Dry Dock Detention Centre, the main pre-trial detention centre. They told her to visit him on 6 November, and she did so. At the detention centre, the authorities informed her that Sayed Alawi was not held there. On the following day, a lawyer told the family that Sayed Alawi had been presented before the Public Prosecution and subsequently transferred back to the detention centre. The next day on 8 November 2016, the family again travelled to Dry Dock to see Sayed Alawi. For the second time, Dry Dock officials denied Sayed Alawi’s presence at the facility. Authorities refused to give the family information about Sayed Alawi’s whereabouts.

Sayed Alawi’s family also submitted a complaint to the police ombudsman, a UK-government funded body which has proved controversial. The Ombudsman proved unable to help. Majeeda told BIRD that after submitting the complaint, the Ombudsman called her to ask if she’d received any updates. She responded that she is the one expecting updates from them.

The UK, Technical Assistance and the NIHR

The UK has provided over £5m in funds towards “technical assistance” to Bahrain since 2012. In June 2016, BIRD found this policy to be “counterproductive” and “unsustainable”, having funded the establishment of bodies which whitewash violations, without adequately helping victims. While the UK has not worked on the NIHR, it has worked on sister projects including the Police Ombudsman, the Special Investigations Unit, and the Prisoners and Detainees Rights Commission (PDRC), Bahrain’s prison inspectorate.

Sayed Alawi’s case is not the first time that these institutions have failed to aid human rights victims. This year, the Ombudsman was exposed on deliberately ignoring the torture of death row prisoner Mohammad Ramadan, and misleading the UK Foreign & Commonwealth Office on the case. The Ombudsman has received the lion’s share of UK technical assistance funding. Meanwhile, the NIHR includes members who have endorsed the death penalty. The NIHR helps in the appointment process of the prison inspectorate, the PDRC, which includes two members of the NIHR, and has received significant UK training. In 2015, BIRD found that one of the PDRC’s members, who would have been selected by the NIHR, posted anti-semitic messages on twitter appearing to endorse genocide (page 6).