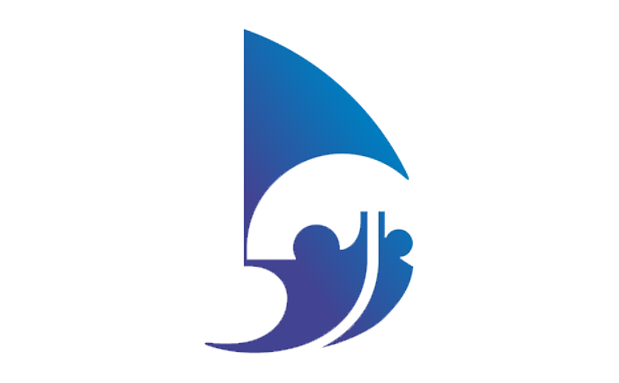 20 January 2017 – We, the undersigned, strongly condemn the position of the Bahrain National Institution for Human Rights (NIHR) which, in a statement released earlier this week, supported the extrajudicial executions of torture victims Ali Al-Singace (21), Abbas Al-Samea (27) and Sami Mushaima (42).

Ali, Abbas and Sami were executed on Sunday 15 January 2017, less than a week after the Court of Cassation, Bahrain’s highest court of appeals, upheld their death sentences. All three allege torture during interrogation. We, the undersigned, also documented the torture of Abbas Al-Samea in prison in 2015. The defendants were denied basic fair trial guarantees and their torture complaints were dismissed by the Special Investigations Unit, a body which is not independent from the Bahraini government and mandated to investigate torture. Ali Al-Singace was sentenced in absentia and had no access to legal defense after he was arrested in 2015 which resulted in no representation for him at court of cassation. Their executions were declared extrajudicial by the UN Special Rapporteur on Extrajudicial Killings.

Despite these violations to Ali, Abbas and Sami’s fundamental rights, the NIHR judged the executions as being “in accordance with recognized international standards.” The NIHR commended law enforcement agencies for following the Code of Criminal Procedures and congratulated the Kingdom of Bahrain’s implementation of UN Security Council Resolution 1373/2001 on the elimination of terrorism. The NIHR’s findings are wholly contrary to the UN human rights expert’s assessment, as well as those of local and international human rights groups.

Following the executions, the UN Office of the High Commissioner for Human Rights released a statement, expressing alarm: “We are appalled at the execution by firing squad of three men in Bahrain on Sunday.  The men had been convicted of a bombing in Manama in 2014 that killed three police officers. They were found guilty after being allegedly tortured into making false confessions and their lawyers were not given access to all the evidence against them nor allowed to cross-examine prosecution witnesses during court hearings.” In a tweet, the UN Special Rapporteur on Extrajudicial Killings further condemned the act, claiming “torture, unfair trial and flimsy evidence” all constituted “an extrajudicial killing” carried out by the Government.

Husain Abdulla, Executive Director, ADHRB: “For a National Human Rights Institution to welcome an act that, regardless of the trial circumstances, violates the most basic human right to life as guaranteed by the ICCPR, clearly indicates that the NIHR is merely an extension of the Government—not an impartial and independent national institution dedicated to the promotion and protection of human rights. This assessment was confirmed by the International Coordinating Committee of National Human Rights Institutions, when Bahrain failed to attain accreditation in compliance with the Paris Principles, instead achieving a ‘B’ status.”

The NIHR’s statement also lauds Bahrain’s highly problematic Anti-Terror Law on the Protection of Society against terrorism acts and its amendments. This law widely criminalizes many forms of dissent, and recently enabled the Bahraini government to arbitrarily strip up to 26 individuals of their citizenship, rendering them stateless. Human rights defenders, political activists, journalists and protesters are among those who have been convicted under the Anti-Terror Law, which has a broad definition of terrorism, and criminalizes the exercise of free expression, opinion, peaceful assembly and association.

Sayed Ahmed Alwadaei, Director of Advocacy, BIRD: “Bahrain’s Anti-Terror Law allows authorities to hold individuals without trial for up to six months. This contravenes Article 9 of the ICCPR which requires that anyone arrested or detained on a criminal charge should be brought promptly before a judge and should be entitled to a trial or to release ‘within reasonable time’.”

It is not the first time the NIHR and its members have shown a disregard for the right to life. A senior commissioner of the NIHR and member of Bahrain’s National Assembly, Khaled Al-Shaer, has publically called for the death penalty against persons exercising their free speech. In April 2016 he tweeted: “Who accuses his majesty the king, god protect him, of involvement in crimes against the nation, I think they have committed a great treason against the nation and deserve the death penalty. Soon after they would retract their words.” Al-Shaer remains a commissioner of the NIHR to date and is a member of the NIHR’s Civil and Political Rights Committee.

We, the undersigned, maintain that the NIHR fundamentally lacks independence from the Government of Bahrain. In a July 2014 report, ADHRB and BIRD found that “Neither the Office of the Ombudsman of the Ministry of the Interior nor the Bahrain National Institute for Human Rights has shown independence from the government or a willingness to take a stand against problematic government policy or action.” In June 2016 report, BIRD called on the Government of Bahrain to “amend Decree 26/2014 establishing the National Institute for Human Rights, in particular article 5(a), to remove all government involvement in the commissioner appointment process, and to restrict membership of the NIHR from members of governmental bodies, including the National Assembly, Shura Council, state bureaucracy and Gulf Cooperation Council bodies, in order to ensure total independence.”

We therefore call on the National Institution for Human Rights (NIHR) to redact its statement and to condemn the unlawful executions that took place on 15 January 2017. We also call on the Government of Bahrain to commute all death sentences and establish a moratorium on the use of the death penalty and reiterate our calls that the NIHR be made independent of the state.