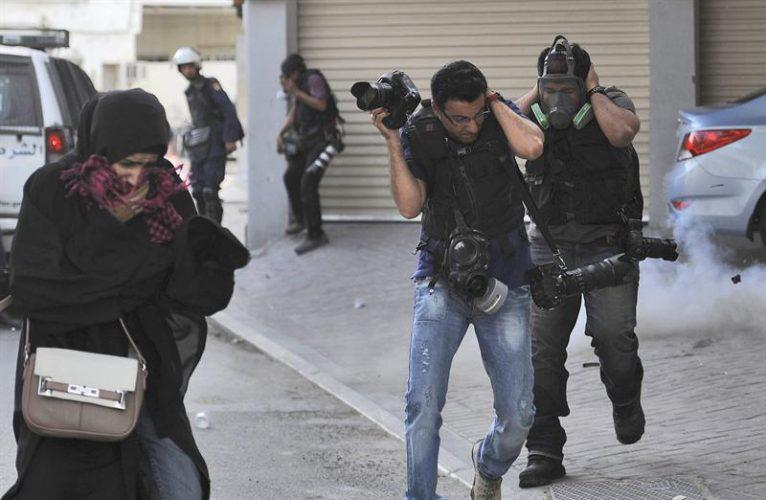 23 March 2017 – Update – After a 24-hour detention, Mohammad Al-sheikh was released from police custody.

22 March 2017 – Multi-award winning photojournalist Mohammad Al-Sheikh, 42, was arrested at Bahrain International Airport on his return from holiday last night, 21 March. The reason of Al-Sheikh’s arrest is not yet clear. The Bahrain Institute for Rights and Democracy spoke to his wife, who expressed serious concern over her husband’s well-being.

Al-Sheikh called his wife twenty minutes after arriving in Bahrain from India to tell her he had been detained by airport security on the request of the Criminal Investigations Department (CID). Based on this call, he is currently believed to be held at the CID, where detainees frequently and credibly allege ill-treatment and torture. Al-Sheikh has been denied access to his lawyer since his arrest.

Sayed Ahmed Alwadaei, Director of Advocacy, Bahrain Institute for Rights and Democracy (BIRD): “Mohammad is an award-winning journalist whose camera sheds light on abuses in Bahrain to the world. Now he is held in Bahrain’s torture hub, and the authorities act with impunity even as the UN Human Rights Council is in session. If the international community must act now to prevent the Bahraini government from wiping out its last remaining independent journalists.

Mohammad Al-Sheikh, is a former photo-journalist for Agence France-Presse (AFP). In 2016, Al-Sheikh was one of several journalists working for international media whose licenses to work were arbitrarily denied renewal by Bahrain’s Ministry of Information Affairs (MIA). All Bahraini journalists working for international media outlets require a government license to work legally according to Bahrain’s law.

Al-Sheikh has won over 200 international prizes for his photography, and was awarded the prestigious Bayeux-Calvados award in 2014.

A father of five children, Al-Sheikh is also a torture survivor. During a 2011 state of martial law enacted to forcibly quell Arab Spring protests, authorities arrested Al-Sheikh and detained him for two months, during which time he was ill-treated and tortured.