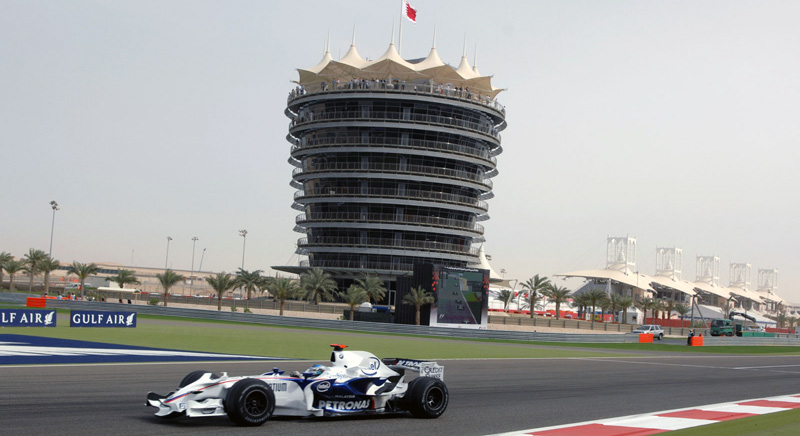 6 April 2017 – The Formula 1 Grand Prix in Bahrain should be cancelled unless it can uphold its human rights commitments, say human rights NGO’s in a letter made public today.

The Bahrain Grand Prix (GP) has been controversial since it was first cancelled in 2011, when the Government of Bahrain declared a state of martial law to violently repress mass pro-democracy protests.

The GP returned in 2012, but has been an annual flashpoint for human rights abuses.  In the same year, a father of five, Salah Abbas, was shot dead by police at the time of the race. No independent investigation was ever carried out.

The letter, addressed to Formula 1’s administration, the NGOs state that “human rights violations have been a common occurrence during Formula 1 Grand Prix races in Bahrain. The death of Ali Abdulghani last year never elicited a credible independent investigation, and the Government of Bahrain’s record has only regressed further in the year since the last race. Formula 1 will become complicit in these human rights violations if it does not cancel its upcoming races in Bahrain.”

The letter is signed by the Bahrain Institute for Rights and Democracy (BIRD), ARTICLE 19, the Gulf Centre for Human Rights (GCHR) and Americans for Democracy & Human Rights in Bahrain (ADHRB), who led negotiations with the Formula 1 in 2015 that led to the adoption of its human rights commitments.

The adoption of those commitments by F1  followed an OECD complaint brought by Americans for Democracy & Human Rights in Bahrain (ADHRB), a signatory of today’s letter. However the NGOs argue that not enough is being done ahead of the race.

“Formula 1 cannot stand by in view of the deteriorating situation in Bahrain, the likelihood of further incidents in the run-up to the race and while those who negotiated in good faith with you are imprisoned and their relatives victimized for their work.”

The NGOs continue:  “In light of the deteriorating human rights situation and F1’s inability to guarantee against the abuses which accompanied the past two Grand Prix circuits in Bahrain, F1 should cancel all its events there in 2017.”

The 2016 Grand Prix was marked by the death of Ali Abdulghani, 17 who  was critically injured during arrest in Shahrakan village, within three miles of the Bahrain International Circuit. He died on 4 April, a day after the Grand Prix concluded.

Witnesses state he was hit by a police vehicle, while the police state he fell from a building while trying to evade them. No credible investigation was ever carried out.

It is clear, say the NGOs, that Formula 1 is not doing enough to ensure the safety of people whose human rights are violated because of the race’s presence in Bahrain. That includes human rights defenders facing reprisals for their work and protesters injured by the police’s excessive use of force.

Individuals who negotiated with the F1 continue to face reprisals for their human rights work. Nabeel Rajab, the president of the Bahrain Center for Human Rights, was arrested on 2 April 2015, while negotiations were ongoing. He was released later that year, but rearrested in June 2016 having been held  largely in solitary confinement for the past nine months and faces up to 18 years in prison for his human rights work.

His treatment at the hands of the authorities has elicited concerns of the use of torture from the UN,

In addition the family of Sayed Ahmed Alwadaei, Director of Advocacy at BIRD, have also been targeted as a result of his human rights work. Most recently, Bahraini police arrested Alwadaei’s mother-in-law and brother-in-law on 2 March 2017.  They remain in detention and allege torture.

“Arbitrary arrests always increase when the race is held, and many of those arrested are then tortured and unfairly prosecuted” says Sayed Ahmed Alwadaei, “Then there is Ali Abdulghani, who was fatally injured during arrest a mere three miles from the circuit. Formula 1 should not forget their responsibility to ensure the safety of the people of the host country. If Formula 1 cannot do that, then the Grand Prix should not go to Bahrain. “

Husain Abdulla, Executive Director, ADHRB, said: “Two years after reaching an agreement with F1 we have serious doubts whether they are really taking their human rights policies seriously. Independent reports of human rights violations and the adverse effects of the race on the overall human rights conditions have been shared with the F1 administration, yet we’ve seen no serious actions taken, not even the implementation of their own human rights policy.

He continued: “This is deeply troubling because Bahrain’s oppressive regime uses the Grand Prix as a PR tool to whitewash its human rights abuses.”

A copy of the letter was also sent to Heineken, Formula One’s partner.