Event Summary: “Racing for Rights in the Post-Ecclestone Era” 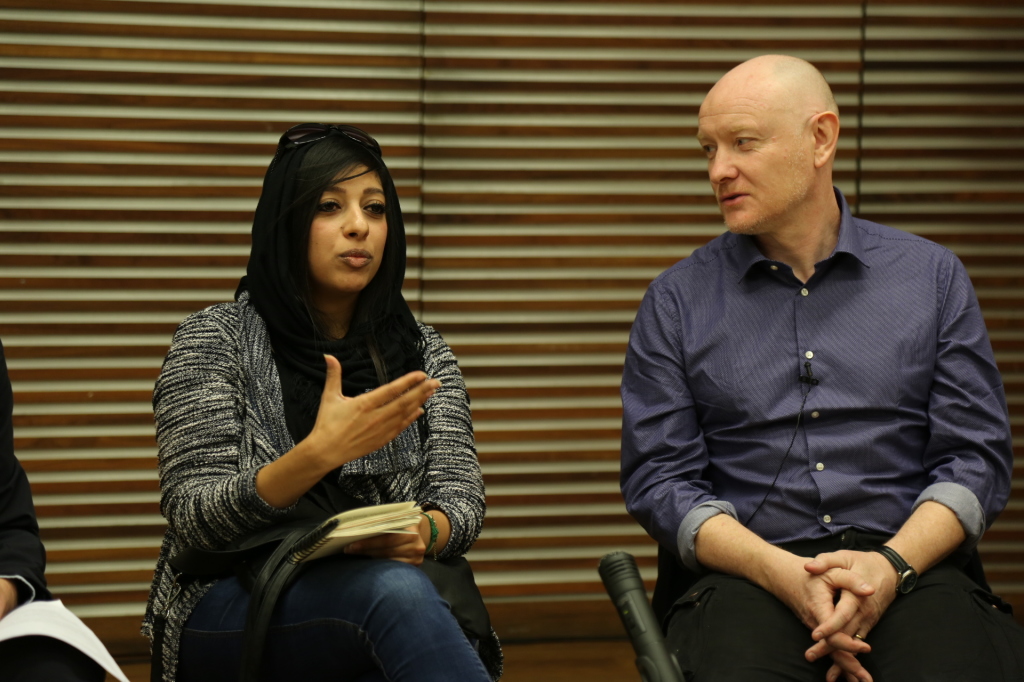 6 April 2017 – Does Formula 1 bear responsibility when citizens suffer in the countries they race in? What can they do, and what are the risks of ignoring human rights? Ahead of the Bahrain Grand Prix next weekend (14-16 April), BIRD, Article 19 and Reporters Without Borders co-hosted a press conference at The Free Word Centre, London asking these questions and more. The panelists sought to raise awareness of the human rights situation in the Kingdom and the human rights implications of the F1 event in Bahrain ahead of the upcoming 2017 Grand Prix.

Sayed Ahmed Alwadaei, BIRD’s Director of Advocacy, introduced the discussion by talking about the ‘intensified crackdown” that occurs during Bahrain’s Grand Prix. This crackdown encompasses the siege of villages and clampdown on protesters, and has resulted in the deaths of Salah Abbas in 2012 and Ali Abdulghani in 2016. He spoke about his participation, along with human rights defender Nabeel Rajab, in the 2015 negotiations with Formula 1 which led to F1’s adoption of human rights commitments. Sayed stated that although F1’s written policy seems sound, in practice the situation is grave. The continued human rights violations in Bahrain is why BIRD calls for the cancellation of the Bahrain Grand Prix.

Zainab Al-Khawaja, a Bahraini human rights campaigner forced into exile in 2016, spoke of her role in protesting past F1 events in Bahrain and that she was proud to have protested and been jailed alongside political prisoners. She spoke about the human rights risks associated with the Grand Prix and the deteriorating situation in Bahrain. She passionately stated that there is no lack of information available on human rights violations in the Kingdom and that the world can not say that they are unaware of the crimes that take place in Bahrain. Bahrain no longer bothers to hide the crimes that they’re committing. Zainab stated: “The worst cruelty is indifference. When the F1 races in Bahrain, it shows the world does not care about the arrests and torture” Zainab asked why fans would want their sport to be associated with dictatorship. She said that the F1 is not being asked to join protests or take a political stance, but to respect the people fighting for democracy and the victims in Bahrain.

The long term human rights activist also pointed to the white washing that occurs during the Grand Prix. She recalled her shock when protesters, she among them, near the Grand Prix were once addressed by police who asked them to clear away. This was a show put on for the journalists: later that night, protests in villages away from the racetrack were suppressed with excessive force and tear gas  the same as always.

Zainab recalled how she went several months without being allowed to have fresh air during one of her imprisonments, and how when she was in prison in 2016 with her infant son, police refused to allow them fresh air for days at a time. Zainab said that the government advertises the Bahrain Grand Prix as a way to enjoy “the sun, sand and sea.” She pointed to the fact that hundreds of political prisoners also enjoy the sun, sand and sea, but never get to experience them in Bahrain.

Jodie Ginsberg, CEO of Index on Censorship, spoke about the Sports for Rights campaign in Azerbaijan, another repressive country where the F1 races. She stated that Bernie Ecclestone’s attitude on human rights was “appalling” and that F1 has great power to talk about real issues, not just “sun, sea and sand,” yet they are failing in that. She also stated that she was ashamed that the UK government fails to speak out against Bahrain, and even acted against the interests of strong multi-lateral efforts in the most recent UN Human Rights Council. Despite their influence, they say nothing publicly. Josie Ginseng highlighted Bahrain’s repressive human rights records by drawing attention to the plights of Nabeel Rajab, Ebrahim Sharif and Abduljalil Al-Singace.

Brian Dooley, a senior adviser for Human Rights First, talked about the responsibility of sports journalists covering sports in repressive regimes. He stated that for many media outlets, the Grand Prix is the only occasion to have access to the country. He recalled the human rights violations which were central to past sporting events worldwide, from the Argentina World Cup to the Beijing Olympics, and stated that journalists should use this opportunity to not just cover sports, but the wider political situation. He stated earnestly that “the human rights abuses are part of the sports story. Isn’t it part of your story that because of the Bahrain Grand Prix abuses happen?”