Ebtisam Al-Sayegh Charged With Terrorism, After NSA Tortured Her 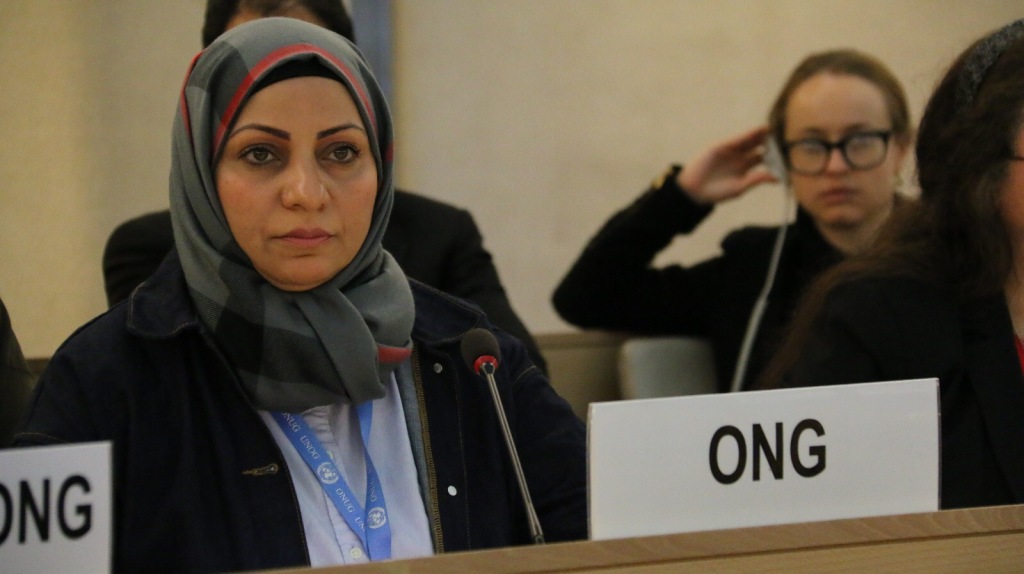 Yesterday, four UN Experts including Dubravka Simonivic, Special Rapporteur on violence against women, condemned the “alleged arbitrary detention of Bahraini human rights defender Ebtisam Al-Saegh (sic) amid reports she has been tortured and sexually abused and is now on hunger strike.” They called for an investigation into her torture. The US State Department called for her release last week.

The Public Prosecution’s statement, published on state-run Bahrain News Agency and in English by the Bahrain Embassy in London, does not name Al-Sayegh but the Bahrain Institute for Rights and Democracy has confirmed she is one of the four defendants accused of using human rights.

Sayed Ahmed Alwadaei, Director of Advocacy, BIRD: “Bahrain is using the terrorism banner to justify the horrific abuses Ebtisam went through. They are shooting the messenger for exposing the violations instead of investigating the widespread problem of torture and culture of impunity among the security forces.”

Al-Sayegh and her co-defendants are accused of using human rights work as a cover for “rioting, vandalism and terrorism.” One of the suspects is believed to be Radhi Al-Qatari, an activist who was arrested after a protest in May, in which police killed five demonstrators. The UN has called the killings unlawful.

Al-Sayegh was arrested on 3 July and has been subject to continuous, daily interrogations in an unknown location for up to 13​ hours a day. The interrogations are believed to be conducted by the NSA. At nights, she is detained in the Isa Town Women’s Prison. The intense interrogations have led to a serious health deterioration in Ebtisam’s health.

There are currently 11​ female​ political prisoners in Isa Town, including Al-Sayegh. Among them is Hajar Mansoor Hassan, the mother-in-law of BIRD’s Sayed Ahmed Alwadaei.

Ebtisam Al-Sayegh was detained and interrogated for 7 hours on 26 May 2017 by the NSA in Muharraq, during which she was sexually abused. The summons was in relation to her human rights activities: Al-Sayegh had been documenting the abuses in Duraz, where police killed five protesters and arrested nearly 300 more on 23 May. The UN has called the killings unlawful.

While there, NSA agents tortured and sexually abused Al-Sayegh. In an interview with BIRD, Al-Sayegh told BIRD: “The interrogator said ‘We are not the Criminal Investigation Directorate, we are the​ intelligence, and I am called the Torturer, my hobby is torture, my profession is to torture. I have the art of torture.’ He feels he is a torturer, and if I scream from now till tomorrow in this building, no one will be able to hear me or save me, not rights groups, not the UN, nothing.”