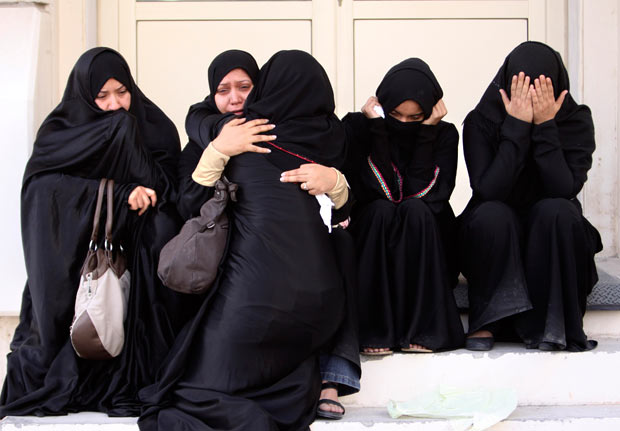 3 October 2017 – Female detainees in Bahrain have today declared they will go on an open strike after the authorities built an extra barrier to prevent imprisoned women embracing family members on visits.

Women held at Isa Town Detention Centre said they will take no further visits until the prison authorities remove a new glass barrier erected over the table where they meet their families.

The Bahrain Institute for Rights and Democracy (BIRD) today spoke to seven family members of the female detainees. The families told BIRD that the prison authorities’ restrictions on family contact has been inconsistent. They said detainees meet their family at a large marble table, over which they could shake their hands and kiss them, though with difficulty, during past visits. Such embraces did not result in punishment until penalties imposed on prominent human rights campaigner Ebtisam Al-Saegh last week.

A female detainee told BIRD the prison officials had indicated that this clampdown on relations between families and detainees was due to an attempt last week by Ebtisam to hug and kiss her children during a prison visit. In response, the prison administration – headed by Major Mariam Mahmood Al-Barduli – had banned Ebtisam from seeing her family for two weeks and will not let her make phone calls to them for a week.

Major Al-Barduli has previously insisted that prison officers receives training on human rights. The Bahraini authorities should ensure all detainees are treated with humanity and in accordance with the United Nations Standard Minimum Rules for the Treatment of Prisoners, known as the Nelson Mandela Rules, including contact with their relatives. Rule 43 (3) states that means of family contact may only be restricted for a limited time period and as strictly required for the “maintenance of security and order”.

Sayed Ahmed Alwadaei, Director of Advocacy at BIRD, said: “Many of those inmates are solely imprisoned for their political opinion. Now the prison authorities are setting out to make their lives even more miserable by also punishing their families in this denial of ordinary contact. It’s shameful to see silence from international governments when their training in Bahrain is put to such inhumane use. This must be an alarming revelation that should lead countries such as the UK and Switzerland to immediately end their programmes that allegedly empower women in Bahrain.”