Bahrain: Mass Trial of Dissidents Results in 2 Death Sentences and 47 Revocations of Citizenship 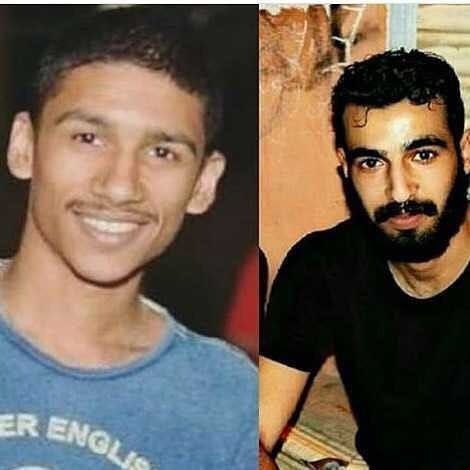 Today, the Fourth High Criminal Court in Bahrain has issued sentences to 60 dissidents, who have been accused of forming part of a “terrorist cell” within the country.

According to the public prosecution, the dissidents in question have also been charged with training to use weapons, killing police officers, and possessing bombs.

In its most recent report on Bahrain, the UN Committee Against Torture found that both “torture” and the “acceptance by judges of forced confessions” are “widespread”. In addition, research by the Bahrain Institute for Rights and Democracy (BIRD) indicates that, for the last few years, every death sentence in relation to political unrest has been based on coerced confessions. Although it is not yet clear whether that holds true in this case, it is a distinct possibility.

As this deeply unfair trial finally concludes, BIRD condemns the outcome in the strongest possible terms.

Commenting, Sayed Ahmed Alwadaei, Director of Advocacy at BIRD, said: “Today’s ruling is the latest episode in Bahrain’s travesty of justice, and likely one of the most cruel. The authorities have further proved their willingness to exploit the vulnerability of its citizens: the lives of two men hang in the balance; women are being subjected to harsher sentences of imprisonment; and the overwhelming majority of the those whose citizenship have been revoked are rendered stateless. Coerced confessions have become the norm for Bahraini courts in its deliverance of suffering to its citizens. Evidently, the multi-billion arms deal with the US and the UK’s ongoing, and seemingly unconditional, training programmes facilitate the dire human rights situation in Bahrain”.

The Sentences in Full

Revocations of Citizenship Since 2012

According to BIRD’s research, since 2012 there have been 553 cases in which the citizenship of a Bahraini national has been revoked by the government. Predominantly, this trend has affected political activists who have sought to speak out about human rights abuses in the country. As such, the revocation of citizenship has become a powerful tool that the Bahraini government uses to silence dissent.

Despite pressure from the UN and the international community, the death penalty remains an integral part  of the Bahraini legal system. There are currently 21 Bahraini nationals on death row, sentenced in political cases. 14 of them were sentenced to death in 2017 alone; this represents the highest number of death sentences to have been issued in Bahrain since the establishment of regular courts in 1923.

In December 2017, the Secretary of State for Foreign and Commonwealth Affairs stated that the FCO has allocated £1.52 million for 2017/2018 to be spent on programmes providing technical assistance and training to Bahrain.

The UK Government claims “these programmes aim to support progress on building effective and accountable institutions, strengthening the rule of law, and justice reform” and were established as independent oversight bodies which carry out swift and transparent investigations upon receipt of a complaint. However, the UN Committee against Torture (UNCAT) thoroughly investigated these oversight bodies, and published a report on 29 May 2017 expressing their concern that: “those bodies are not independent, that their mandates are unclear and overlap, and that they are not effective given that complaints ultimately pass through the Ministry of the Interior.”