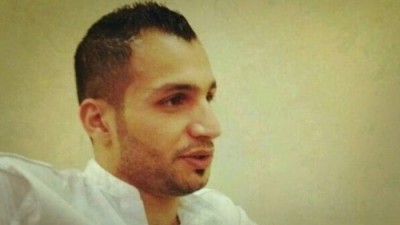 Mr. al-Khabbaz has now exhausted all legal remedies and faces imminent execution following an extended and flawed trial that began in October 2013.

On 19 February 2014, the Fourth Criminal Court sentenced Maher al-Khabbaz to death, and the High Criminal Court handed an additional five years for resisting arrest and  being found in possession of weapons. Eight other defendants were also jailed and issued with sentences varying from five years to life imprisonment.

Police officer Mohammed Afridi was killed on 14 February 2013 at 10.50 pm while he was on duty. A group of 70 people protesting over the second anniversary of the Bahraini uprising in the Arab Spring attacked the police with molotov cocktails and Mr Afridi was killed by two bullets allegedly fired from the same gun. All of the defendants pleaded not guilty.

On 8 July 2014, four UN experts, including the Special Rapporteur on Torture and Other Cruel, Inhuman or Degrading Treatments, expressed their serious concern to the Bahraini government regarding the allegations that Maher al-Khabbaz “was arrested without a warrant; that he was held in incommunicado detention without charges for approximately one month; that he was subjected to torture and forced to sign a confession against his will; and that he was sentenced to death […] following legal proceedings that appear to fall short of international fair trial standards”.

In addition, the four UN experts requested the Bahraini Government to disclose documentation relating to the case, including: the charges filed against Mr. al-Khabbaz; the evidence on which he was convicted; and the details of any investigation conducted in relation to his allegations that he suffered torture during his interrogation. In August 2014, the Bahraini Government responded to the letter, yet failed to provide any detail about investigations conducted into the allegations of torture. Instead, they stated: “Mr. al-Khabbaz made no claims about being tortured when he was at the Office of the Public Prosecutor, nor did he file any such claim with the special unit [SIU] that examines claims of torture or cruel, inhuman or degrading treatment”.

After examining the judgment from the hearing on 19 February 2014, the Bahrain Institute for Rights and Democracy (BIRD) can confirm that the Court has failed to present any physical evidence that links Mr. al-Khabbaz to the alleged crime. Consequently, his entire prosecution and death sentence is based on coerced  confessions and undisclosed sources. Furthermore, it is clear that the Bahraini government failed to conduct any impartial investigation into Maher al-Khabbaz’s allegations of torture.

Despite pressure from the UN and the international community, the death penalty remains an integral part  of the Bahraini legal system. There are currently 19 Bahraini nationals on death row, sentenced in political cases. 14 of them were sentenced to death in 2017 alone; this represents the highest number of death sentences to have been issued in Bahrain since the establishment of regular courts in 1923.

As of January 2018, in addition to Maher al-Khabbaz, two other death row inmates, Mohamed Ramadan and Hussain Moosa, await imminent execution after exhausting all legal appeals. They too were brutally tortured during their time in detention.

In January 2017, 3 torture victims (Abbas AlSameea, Sami Mushaima and Ali Alsingace) were executed 6 days after of the Court of Cassation upheld their death sentence, in what was widely considered to be the first execution related to political unrest in Bahrain since 1996.

In December 2017, the Secretary of State for Foreign and Commonwealth Affairs stated that the FCO has allocated £1.52 million for 2017/2018 to be spent on programmes providing technical assistance and training to Bahrain.

The UK Government claims “these programmes aim to support progress on building effective and accountable institutions, strengthening the rule of law, and justice reform” and were established as independent oversight bodies which carry out swift and transparent investigations upon receipt of a complaint. However, the UN Committee against Torture (UNCAT) thoroughly investigated these oversight bodies, and published a report on 29 May 2017 expressing their concern that: “those bodies are not independent, that their mandates are unclear and overlap, and that they are not effective given that complaints ultimately pass through the Ministry of the Interior.”