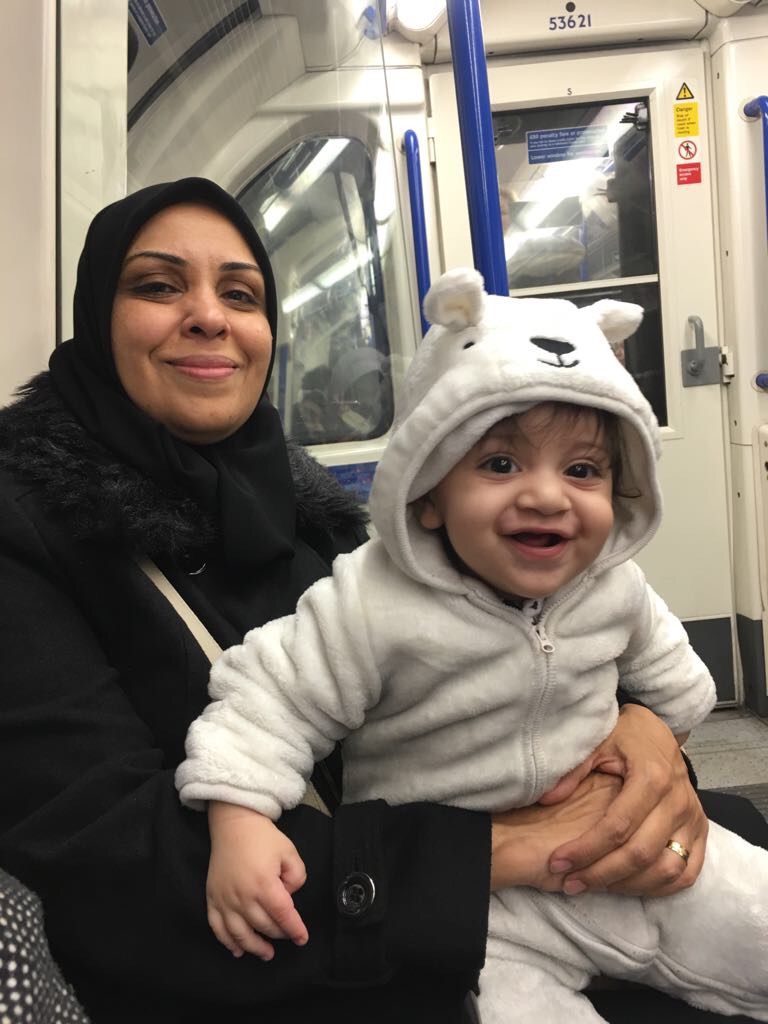 20 March 2018 – The “collective punishment” of family members of UK-based Bahraini activist Sayed Ahmed Alwadaei continues, with new punitive measures being taken by Isa Town Prison authorities against his mother in-law, Hajer Mansoor Hassan, due to her status as a political prisoner. Today, Hajer declared a hunger strike to protest her mistreatment and the harsh discrimination suffered by political prisoners in Bahrain, which violates international standards on prisoners’ treatment, also known as the Nelson Mandela Rules.

In the past, Hajer has repeatedly complained to the prison authorities about the lack of privacy afforded to political prisoners. Prison officers often harass political inmates and detainees by eavesdropping on personal conversations and disrupting the call by making regular comments such as “You have 10 seconds to end your call!”.

Today, Hajer spoke to the Bahrain Institute for Rights and Democracy (BIRD) about the most recent episode relating to this issue. Hajer revealed that, yet again, a prison officer neglected to give her privacy as she attempted to speak to her family over the phone. Hajer complained to the officer by requesting that she be treated with respect.

In response, the officer began to threaten Hajer and told her that she was just following orders that she had received from senior prison officials, which required her to make Hajer’s life “difficult”. She was also told that the more she exposes the conditions of imprisonment for political prisoners, the more she will be punished.

The officer also reported Hajer to Major Maryam Al-Bardouli, Head of the Center for Reform, Rehabilitation and Women’s Custody, who has proceeded to punish Hajer by revoking the 10 minute phone call that Hajer had been rewarded for participating in the daily workshops at the prison.

BIRD has since learnt that the officer in question is likely to be Maryam Al-Sayegh.

Treatment of Political Prisoners in Bahrain

This is in clear violation of the principle of impartiality provided for by Rule 2 in the United Nations Standard Minimum Rules for the Treatment of Prisoners (Nelson Mandela Rules), whereby “There shall be no discrimination on the grounds of race, colour, sex, language, religion, political or other opinion, national or social origin, property, birth or any other status.”

Hajer has also been told that the visitation rights she has been granted to see her son, Sayed Nizar, are a “privilege”, rather than a right. However, Rule 58 of the aforementioned Mandela Rules clearly states that prisoners shall be allowed to communicate with their family and friends at regular intervals.

Hajer is currently serving a three year prison sentence handed on 30 October by a Bahraini High Criminal Court, for allegedly planting a fake bomb in Manama. Her son Sayed Nizar Alwadaei and nephew Mahmood Marzooq Mansoor have also been convicted in the same case. During the interrogation, the three were repeatedly tortured and coerced to sign false confessions, as reported by Human Rights Watch. Despite the prosecution’s complete lack of forensic evidence linking Hajer, Nizar and Mahmood to alleged crime, their sentence was upheld on 20 December 2017.

The Bahrain’s Ministry of Interior Ombudsman, a UK-funded body mandated to investigate torture allegations, has repeatedly failed to conduct independent and transparent investigations into torture abuses, including those against Sayed Ahmed’s family.

Since August 2017, BIRD has been requesting the Ombudsman to conduct an investigation into accounts of ill-treatment and torture put forth by Sayed Nizar, Hajer and Mahmood. However, the office has steadfastly dismissed the issue, failing to adequately investigating the matter.

In a recent letter sent to the High Representative of the European Commission, Julie Ward, a Member of the European Parliament condemned the Ombudsman, as being “complicit in the unlawful executions carried out in Bahrain in January last year. They failed to investigate appalling torture abuses perpetrated by the Bahraini authorities against political prisoners, therefore allowing their trials to rely solely on coerced confessions.”

Nonetheless, the UK Foreign and Commonwealth Office (FCO) has maintained that “The oversight bodies in Bahrain are independent organisations whose duty it is to investigate claims of mistreatment in detention”. As a result, the FCO continues to “encourage those with such concerns to report them to the appropriate oversight body”.