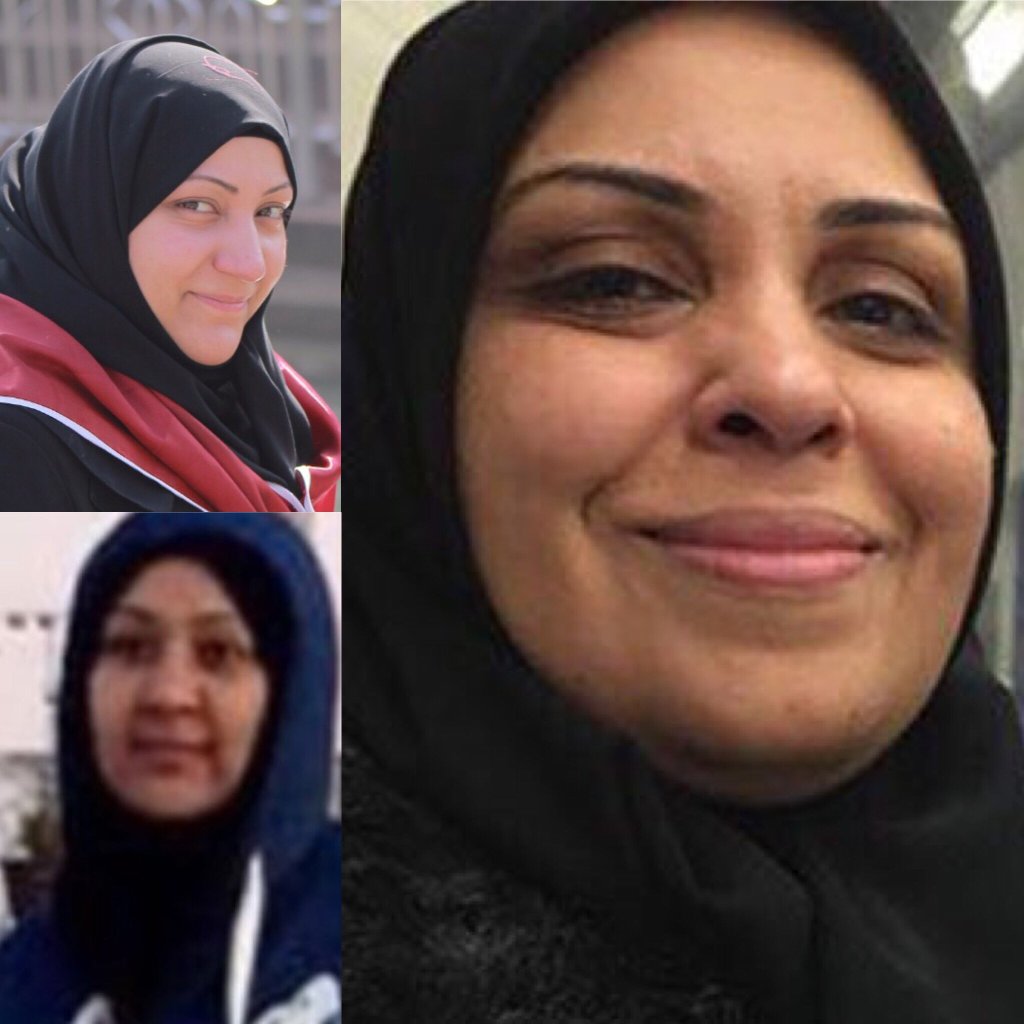 19 September 2018 – On 16 September, female political prisoner Hajer Mansoor Hassan, mother-in-law of UK-based activist Sayed Ahmed Alwadaei, was subjected to assault and retaliation, which required hospitalisation, by the head of Isa Town Prison Centre. This followed the publication of a major report by the UN Secretary-General that details the reprisals targeting family members of Sayed Ahmed for his engagement with the UN, including the recent incident involving Hajer Mansoor at Isa Town prison in July 2018.

Hajer was assaulted alongside her fellow inmates Medina Ali and Najah Ahmed Yusuf, who also received attention from UK parliamentarians at the Westminster Hall Debate on 11 September 2018. The reprisals against political prisoners in Isa Town Centre have also been the subject of written parliamentary questions.

On 17 September at approximately 6pm (BST), the Alwadaei family received a phone call from an inmate (who prefers to remain anonymous) from Isa Town Female Prison Centre.

Commenting, Sayed Ahmed Alwadaei, Advocacy Director at the Bahrain Institute for Rights and Democracy (BIRD) said: “The violence of the latest reprisals against my mother-in-law and her fellow inmates is unprecedented. It was shocking to learn how Hajer was assaulted, hospitalised and sanctioned. This episode appears to be directly linked with the report published by the UN Secretary-General, which exposed her ordeal at the hands of the Bahraini authorities. As long as the UK and US support dictatorships, Bahrain will continue to act with impunity”.

The inmate revealed that the head of the prison, Major Mariam Albardoli, and other prison guards assaulted and harshly beat Hajer, Medina and Najah in their cell on 16 September after raiding their cell. The three women were then placed in solitary confinement for two hours. After the incident, Hajer was transferred to hospital and then taken back to her cell. Hajer was covered in bruises and her blood sugar had dropped to a dangerous level (2-2.9mmol/L).

The inmate further divulged that the three women have been subjected to discriminatory measures. This includes being banned from participating in Ashura commemorative rites and refused access to religious Ashura books. A week ago, on 10 September 2018, Medina complained over the phone about the ban. This phone call was broadcasted by human rights defender Ebtisam Al-Saegh on her Instagram on 11 September 2018.

In addition to the above, prison authorities have prevented the three women from making phone calls for a week. Hajer’s family were extremely worried when they did not receive a phone call from her as Sunday is designated for phone calls.

Finally, on the day of the incident, Hajer had a scheduled visit with her imprisoned son, Sayed Nizar Alwadaei. 10 minutes before the visit was scheduled to take place, Sayed Nizar was told that the visit had been cancelled.

These reprisals coincided with two events wherein Hajer, Medina and Najah’s names were explicitly raised by the UN and UK Parliament in relation to the reprisals inflicted by Isa Town Prison’s authorities.

Reprisals against political prisoners in Isa Town have occurred on numerous occasions, including:

Since August 2017, Sayed Ahmed Alwadaei has been in frequent contact with the Ministry of Interior Ombudsman to request the conduct of investigations into reprisals, including the ill-treatment and torture alleged by Hajer and her son, Sayed Nizar. The Ombudsman, however, has proven to be ineffective as they have failed to conduct adequate investigations, and instead steadfastly dismissed all issues raised. Moreover, the Ombudsman included Bahraini government representatives in the communication without notifying Sayed Ahmed. This represents a clear breach of privacy and confirms the lack of independence of Bahrain’s oversight bodies.

Sayed Ahmed has also contacted the National Institute for Human Rights (NIHR). In a recent complaint, Sayed Ahmed expressed concerns for a new smoking area located a few metres away from Hajer, Medina and Najah’s cell, which has been causing Hajer a severe cough during the previous weeks. The issue was also raised in Parliament by Lord Scriven, who also enquired about the three women’s restriction from participating in Ashura commemorative rites.

The NIHR dismissed the issue raised by Sayed Ahmed claiming that the smoking area was located “outside the living/cell quarter”.