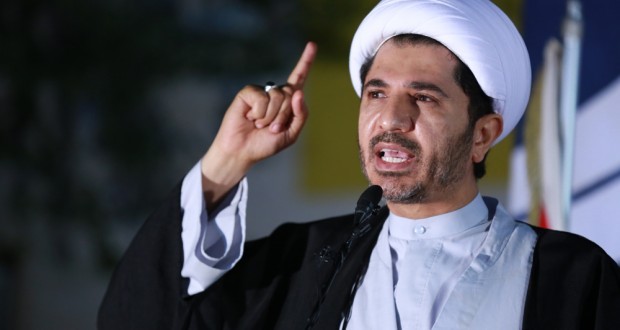 9 November 2018 – 20 Parliamentarians expressed their serious concerns over the legitimacy of the upcoming elections for the Council of Representatives of Bahrain’s National Assembly in a letter to the Foreign and Commonwealth Office (FCO). The elections are due to be held on 24 November.

In particular, the parliamentarians highlighted that the life sentence handed to the leader of Bahrain’s largest political society, Sheikh Ali Salman, on 4 November 2018, suggests that the necessary conditions for free and fair elections are not in place, as “the Government of Bahrain has essentially eliminated political and civil space over the last few years.”

In May this year, the Bahraini government enacted an amendment to the Law on the Exercise of Political Rights that effectively bars the political participation of major political figures. Those who have any affiliation with opposition parties or a criminal record are banned from running from elected office. In addition, the only independent newspaper, Al-Wasat, was forcibly closed in 2017. Human rights defenders, activists and journalists are routinely imprisoned because of their work, the parliamentarians added.

The parliamentarians further urged the UK Government to act, as “Illegitimate elections and the imprisonment of political opposition leaders in Bahrain will precipitate greater violence”, which will also damage “the stability of the country and the UK’s position in the region.”

Earlier this week Tom Lantos Human Rights Commission in the U.S. House of Representatives released a letter to the King of Bahrain raising similar concerns.

Sayed Ahmed Alwadaei, Director of the Bahrain Institute for Rights and Democracy (BIRD), said: “Clearly, legislatures from the world’s leading democratic states believe that the upcoming election in Bahrain lacks legitimacy. You simply cannot crush, torture and imprison your entire opposition, call for a pseudo-election, and then demand the respect of the international community”.

Please find the letter below:

As Members of this Parliament, we write regarding the upcoming elections for the Council of Representatives of Bahrain’s National Assembly. The leader of Bahrain’s largest dissolved political society, Sheikh Ali Salman, was sentenced to life imprisonment on 4 November 2018, for charges described by Amnesty International as solely related to freedom of expression. This verdict, occurring in the month of the elections, raises further concerns that the necessary conditions for free and fair elections are not currently in place in Bahrain. In light of the UK’s long-standing relationship with the Kingdom of Bahrain, we urge you to take all the necessary measures to ensure the legitimacy and credibility of the upcoming elections.

Firstly, serious doubts remain over the legitimacy of the current parliament, given the repressive measures implemented by the ruling family to crush peaceful protests calling for democratic change. The Government of Bahrain has essentially eliminated political and civil space over the last few years. The arbitrary dissolution of Bahraini opposition parties, Al-Wefaq and Wa’ad, clearly indicates that the Gulf Kingdom is reluctant to allow any political participation. This is made all the more apparent by the imprisonment of a number of key political leaders, including Hassan Mushaima, Abdulwahab Husain and Sheikh Ali Salman. Sheikh Salman’s life imprisonment is premised on charges of espionage for Qatar. Bahrain’s High Court of Appeals overturned the initial decision to acquit Sheikh Salman of all charges in June 2018. Mr Mushaima’s systematic denial of adequate medical care, family visits, and books, highlights the cruelty with which the authorities will suppress political dissent. In May this year, the Bahraini government legalised what they had established in practice by enacting an amendment to the Law on the Exercise of Political Rights. The legislation now bars anyone who has belonged to the aforementioned political parties and those who have spent more than six months in prison from running for elected office. In doing so, the law effectively bans major opposition figures from holding political office. Between the membership of the dissolved opposition groups and the countless Bahrainis incarcerated on charges that criminalise freedom of expression and assembly, the ban affects tens of thousands of people.

Secondly, free and fair elections can only take place if citizens are able to express their views. Yet, the only independent newspaper, Al-Wasat, was forcibly closed in 2017, while at least 15 journalists are currently imprisoned. Bahrain’s most prominent human rights defender, Nabeel Rajab, has joined his partner Abdulhadi al-Khawaja in prison, for comments deemed critical of the Bahraini state. The Bahraini authorities have also imprisoned activist Ali Hajji and human rights defender Naji Fateel. Family members of London-based Bahraini activist Sayed Ahmed Alwadaei, are now serving prison sentences based on fabricated charges, in reprisal to his human rights work. We are dismayed that overstretching anti-terror and cybercrime laws to criminalise political dissent and civil society activism has become the norm.

Thirdly, the electoral infrastructure of the country itself presents some inherent disadvantages for the political opposition. Voting districts are organised in such a way that the Sunni minority is over-represented. Furthermore, the absence of ties between polling stations and specific constituencies leaves the system more open to abuse. No independent electoral commission currently exists, while international media and human rights bodies, including the UN, are consistently barred from entering the country, therefore no impartial body is capable of monitoring the elections.

Under these conditions, credible and legitimate elections do not seem possible. The unlawful life sentence handed to Sheikh Salman is the latest evidence that proves that the Bahraini Government will go to extreme lengths to silence political dissent. The US has called for Sheikh Salman’s release, and the EU has also condemned the ruling, arguing that it is ‘in the interest of the long term stability of the country and its citizens’ to reconsider the sentence upon appeal.

The Foreign and Commonwealth Office (FCO), on the other hand, is yet to condemn the ruling and call for Sheikh Salman’s release, and has instead provided a weak statement which does not reflect the UK’s strong commitment to human rights and democratic values. Equally, the FCO expressed public support for Bahrain’s pseudo-elections, allowing them to maintain an appearance of legitimacy.

We therefore urge you to withdraw your support and amend the statement on Sheikh Salman to condemn the life sentence he faces and call for his immediate release. We, also urge you to apply maximum pressure on the Government of Bahrain to:

Bahrain may be a key strategic ally to the UK, but human rights and democratic values are fundamental pillars of our society and foreign policy. Illegitimate elections and the imprisonment of political opposition leaders in Bahrain will precipitate greater violence by the hand of the Bahraini government, thereby damaging the stability of the country and the UK’s position in the region.