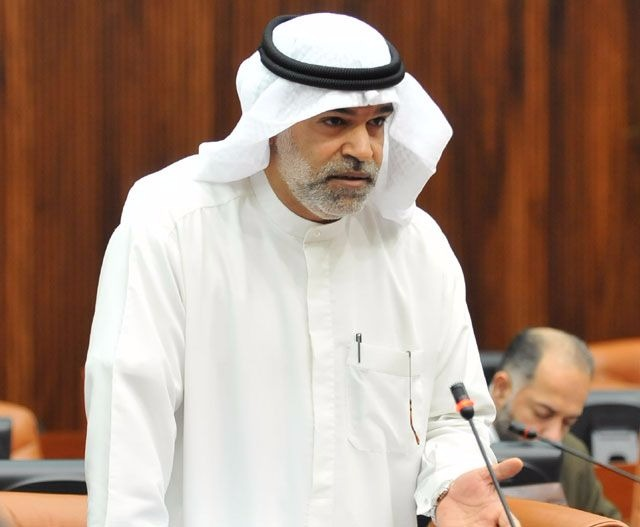 13 November – Today, former Bahraini MP Ali Rashed AlAsheeri was detained by the Public Prosecution for investigation, after tweeting his intention to boycott the upcoming elections in Bahrain.

Ali Rashed AlAsheeri received a call this morning from the Public Prosecution Office. He was summoned to their office for an interrogation into his tweets. On 8 November, Ali Rashed AlAsheeri expressed criticism for the upcoming elections on Twitter, detailing his and his family’s intention to boycott them as Bahraini citizens “deprived of his political and civil rights”.

According to the Public Prosecution Office, they had received a report from the Electronic Crimes Department to monitor a Twitter account that had posted tweets seeking to “influence the integrity and confusing the electoral process”.  Although no names were disclosed, a lawyer has confirmed to the Bahrain Institute for Rights and Democracy (BIRD) that the individual in question is AlAsheeri.

Elections in Bahrain are under the international spotlight for lacking fairness and legitimacy. Last week, 20 British Parliamentarians expressed serious concerns in a letter to the Foreign and Commonwealth Office (FCO). They also highlighted that the life sentence handed to the leader of Bahrain’s largest political society, Sheikh Ali Salman, on 4 November 2018, suggests that the necessary conditions for free and fair elections are not in place, as “the Government of Bahrain has essentially eliminated political and civil space over the last few years.”

Earlier in the same week, the US Congress wrote to the King of Bahrain to raise similar concerns.

Commenting, Sayed Ahmed Alwadaei, Director of BIRD said: “This is what happens when you speak your mind in Bahrain. The detention of Ali Rashed AlAsheeri for tweeting confirms the sad state of affairs wherein there simply isn’t any legitimate democratic process. Freedom of expression is not tolerated at all, therefore these elections inherently lack credibility.”

On 24 November 2018, there will be elections for the Council of Representatives of Bahrain’s National Assembly. Amid the increasing crackdown on civil society and human rights, there are growing concerns regarding the legitimacy and credibility of the elections.

Furthermore, over the last few years, the Government of Bahrain has eliminated all political space. This includes the arbitrary dissolution of Bahraini opposition parties, Al-Wefaq and Wa’ad. Key political leaders, including Sheikh Salman, are imprisoned for various charges.

In May 2018, the Bahraini government enacted an amendment to the Law on the Exercise of Political Rights. The legislation now bars anyone who has belonged to the aforementioned political parties and those who have spent more than six months in prison from running for elected office. The law effectively bans major opposition figures from holding political office and affects tens of thousands of people.

These developments have occurred despite the provision of parliamentary training to the Council of Representatives Secretariat in the financial year 2015-16 from the UK through its technical assistance programme.

Former Bahraini MP @AliAsheeri was detained by the Public Prosecution for investigation, after tweeting his intention to boycott the upcoming elections in Bahrain. pic.twitter.com/xy7CDlOVK1