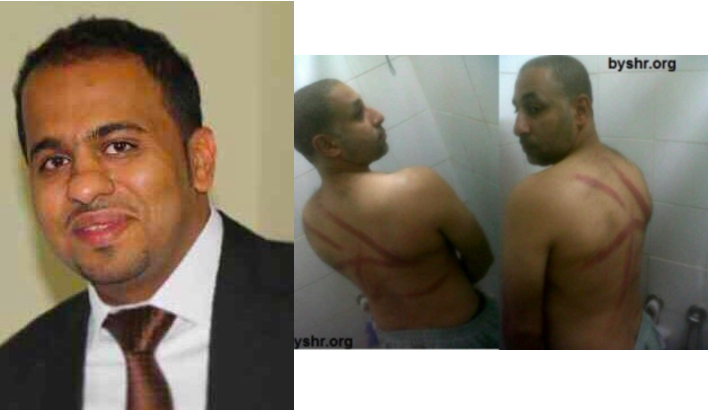 The Bahrain Institute for Rights and Democracy (BIRD) expresses extreme concern for the acts of reprisals committed against Bahraini political prisoners, Ali Hajji and Naji Fateel, who have been placed in solitary confinement since 12 November for exposing the torture they endured and attracting international attention from UK parliamentarians.

The targeting of Mr Fateel and Mr Hajji at Jau Prison followed the release of voice recordings on Twitter, in which they spoke about the torture they endured. They also appealed to international actors to urgently intervene in their case to provide them with the critical medical treatment they need. The punitive measures against the two started soon after a letter was sent by 20 UK MPs on 8 November, in which they called for the release of the men.

Mr Fateel, a board member of the Bahrain Youth Society for Human Rights, is currently serving 25 years in prison as a result of two separate trials. In September 2013, he was sentenced to 15 years on terrorism-related charges of establishing “a group for the purpose of disabling the Constitution”, which was nothing more than retaliation for his engagement with the UN. Mr Fateel was subjected to brutal torture and sentenced to an additional 10 years in March 2015. This followed the notorious incident in Jau Prison, wherein security forces brutally abused prisoners. Although Mr Fateel was not directly involved in the protest, he was injured during the attack which left him with a broken leg.

Mr Hajji was sentenced to 10 years in November 2013 on spurious terrorism-related charges. During his interrogation at the Criminal Investigation Directorate (CID), he was subjected to barbaric torture. He was beaten with shoes, pieces of wood and sharp objects which caused severe injuries to his ears, eyes, mouth and intimate parts, as well as breaking his nose. Mr Hajji was deprived of sleep, urinated on, forced to stand, stripped of his clothes and threatened that he would be shot in his leg. CID officers also threatened to rape his wife and kill his son in order to extract his ‘confession’. Mr Hajji was also defamed on national television when the Bahraini authorities broadcasted his photos alongside claims that he was involved in acts of terrorism before his trial even began. He now needs an urgent surgery to his jaw, which authorities are denying him.

In their voice recordings, Mr Fateel and Mr Hajji exposed the gross the due process violations they were subjected to, as well as the numerous failures of local human rights mechanisms to address their cases. Between the two, multiple complaints were lodged to the Special Investigation Unit, the Ombudsman and the National Institute for Human Rights, as well as to the official authorities, including the Public Prosecution and the Attorney-General. However, none of these complaints resulted in credible and thorough investigations.

The apathy demonstrated by the oversight bodies amounts to their complicity in the abusive practice of the Kingdom. This also suggests that the training to these bodies funded by the UK government has only facilitated a “policy of impunity”, which is being perpetuated among security forces.

We strongly condemn the unlawful imprisonment of Mr Fateel and Mr Hajji. Their placement in solitary confinement is clearly a punishment for the attention they received from British Parliamentarians and for exercising their freedom of expression. The Bahraini government must stop targeting political prisoners, provide Mr Fateel and Mr Hajji with adequate medical care, and secure their immediate and unconditional release.

NOTE: On 14 November, BIRD sent a letter to FCO Ministers on behalf of Ali Hajji.