BANGKOK: Bahraini Refugee Footballer To Be Held For 12 Days Under Court Order 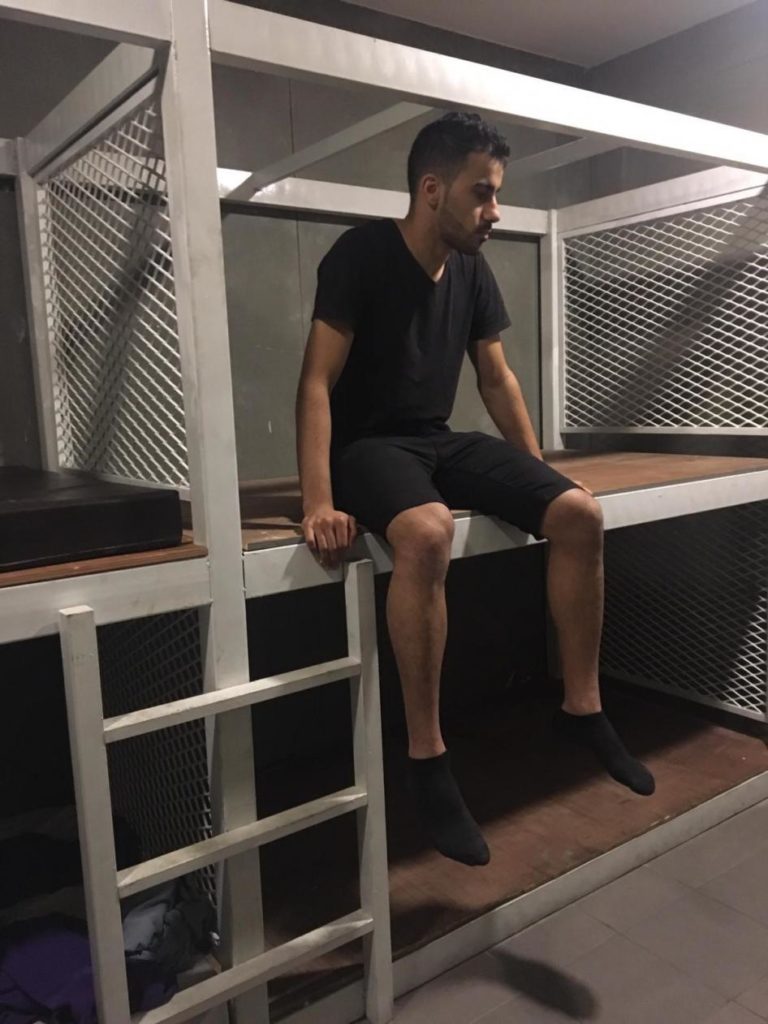 4 December 2018 – Yesterday morning, a Thai court approved a temporary remand to detain Bahraini football player, Hakeem AlAraibi, for 12 days in Bangkok. AlAraibi has been detained since 27 November and is facing deportation to Bahrain on the basis of Interpol’s “Red Notice”, despite being a recognised refugee in Australia.

Returning registered refugees to territories where they would face a real risk of persecution, torture, or other ill-treatment violates Thailand’s obligations under international law.

AlAraibi was taken from the Suan Phlu (Bangkok) Immigration Detention Center to court without being informed and was not provided access to legal representation. As he attended court, his wife, Naqaa Sateeh, remained in the detention centre under great emotional distress as she was told by the immigration authorities that her husband would not return.

The first Remand period will end on 14 December 2018. AlAraibi’s temporary remand can be renewed upon court approval while Thai authorities determine his fate. Thai Immigration also informed the court that they oppose bail application for AlAraibi.

Commenting, the Director of the Bahrain Institute for Rights and Democracy (BIRD), Sayed Ahmed Alwadaei, said: “This is not the first time that the Thai authorities are deliberating the extradition of a Bahraini national facing great risk of torture. They have done it before, but to do it again with Hakeem, who is a recognised refugee, would set a new low and would taint Thailand’s reputation. Hakeem’s deportation would violate Thailand’s obligations under international law.”

On 27 November 2018, AlAraibi and his wife travelled from Melbourne for a holiday. Upon their arrival at Bangkok Suvarnabhumi Airport (BKK), he was detained under a “Red Notice”, issued upon Bahrain’s request due to his criminal conviction in 2014.

On 30 November 2018, Australian Foreign Minister, Marise Payne said: “He’s not an Australian citizen…and he’s also traveling on U.N. papers. So we have raised that matter. Our post in Thailand is aware of it and is following up on that.”

Alaraibi was told by the immigration authorities that he would be able to fly back to Melbourne on 1 December 2018. A few hours before his scheduled departure, however, AlAraibi was taken to Suan Phlu (Bangkok) Immigration Detention Center where he still remains at risk of extradition.

On 1 December 2018, the Bahraini Embassy in Thailand issued statements on Twitter stating that they are “following up with the relevant security authorities” and that “the suspect is wanted for security cases”.

If AlAraibi is returned to Bahrain, his safety is highly likely to be jeopardised. In a similar case, Ali Haroon was extradited by the Thai authorities in 2014 on the basis of an Interpol arrest warrant issued at the request of Bahrain. At the time of the arrest, Haroon possessed a valid visa, according to UNHCR. Haroon’s family reported that he was severely beaten and forced onto a flight to Bahrain, and required hospitalisation upon his arrival in Bahrain.

The issuance of the Red Notice violates the formal policy of the Interpol Executive, which states that the processing of red notices “will not be allowed if… the status of refugee or asylum-seeker has been confirmed”.

In November 2012, AlAraibi was arrested and tortured by the Bahraini authorities, allegedly due to the political activities of his brother. He has since spoken publicly about his torture. “They blindfolded me,” he said. “They held me really tight, and one started to beat my legs really hard, saying: ‘You will not play soccer again. We will destroy your future.’ ”

In January 2014, Bahraini authorities sentenced AlAraibi to 10 years imprisonment in absentia on the charge of vandalising a police station, which he strongly denied.

AlAraibi fled to Australia in May 2014, where he was granted refugee status in November 2017. This visa allows AlAraibi to remain in Australia indefinitely and to travel to and from Australia, so long as he does not travel to Bahrain, the country from which he has sought protection.

AlAraibi has been very critical of the current president of the Asian Football Confederation, Sheikh Salman Alkhalifa, especially during his candidacy for FIFA presidency in 2016. AlAraibi conducted interviews with media outlets, including the New York Times, the Guardian and ITV, and discussed details of the torture he suffered in 2012 while in the custody of Bahraini law enforcement.

Alaraibi is a football player for Pascoe Vale FC in Melbourne.