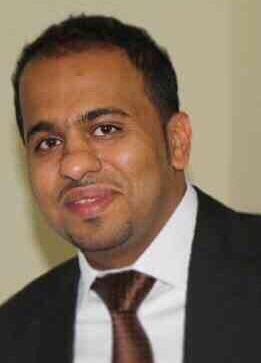 AlHajee wrote from Jau prison a detailed account of the abuses he has suffered at the hands of the Bahraini authorities and the failures of the UK-trained Bahraini oversight bodies in providing redress for his abuses.

Find the full letter below.

I am writing to you, for the second time, to address some of the issues raised by your office in your response to my first letter.

I am extremely disappointed by your response. Raising my concerns with the FCO was my last hope to see some justice in my case, having exhausted all available local remedies. The UK is a champion for human rights and enjoys a longstanding relationship with Bahrain. Regrettably, I am yet to see the UK using its leverage to positively influence the human rights situation in Bahrain.

Despite voicing my frustrations for the incompetence of the oversight bodies and informing you of my numerous attempts to engage with them in my previous correspondence, your office disregarded my concerns. My case is only one of the many instances in which these bodies proved to be a cover-up for the government’s abusive behaviour.

I have submitted complaints to the General Secretariat of the Ombudsman and detailed my case, however, I am yet to receive a response. The Special Investigation Unit (SIU) holds information on the torture and the injuries that I sustained throughout my time in custody (Complaint No. 38 \ 2013), but they have failed to take any action. I have also contacted the National Institution for Human Rights (NIHR) from prison, however they have never paid me a visit nor adequately documented my case.

I am only one among the thousands of prisoners of conscience victims of torture who are now languishing in Bahraini prisons. I have been arbitrarily detained since May 2013. I remember that day very vividly; I was kidnapped at dawn and my apartment was raided by masked civilians without any warrant. I was tied from behind, humiliated in front of my family, blindfolded and taken to an unknown location.

My interrogation lasted 11 days, and was conducted without a lawyer present. I was subjected to harsh physical and psychological abuse. I was forced to stand for long periods of time, deprived of sleep, not allowed to use the toilet or engage in religious practices. I was stripped naked several times kicked and beaten in different parts of my body and hit with sharp and hard objects. Officers threatened to use electric shocks in my intimate parts. I only wanted them to stop, so I eventually gave them what they wanted: a confession for something I never did.

After signing, I was taken to the Public Prosecutor’s Office without legal representation. The Public Prosecutor threatened to return me to the interrogation room if I denied the charges against me so I was forced to sign the prosecution’s statement, as I could not face another interrogation. I was denied all my legal rights and was sentenced arbitrarily at the end of a trial which fell short of all international standards.

The court disregarded the complaints of torture documented by the local bodies – those same bodies you directed me to –  then I was imprisoned to serve my sentence and my ordeal goes on.

Over the past five years I have been tortured by prison officers in various occasions, and have suffered health problems as a result. These problems include: a broken nose, hearing loss in the left ear, damage to the blood vessels of the reproductive system, damage to the teeth in the lower jaw.

I am sure you are aware that I had to stop eating in order to be heard by the prison officials. I resolved to do so after my communication with the relevant authorities, including the Ministry of the Interior and the prison administration, fell on deaf ears. This hunger strike had huge detrimental effects on my health. Last November, I was even punished with solitary confinement after a voice recording, where I disclosed the conditions of my imprisonment, was released on Twitter.

After 75 days of hunger strike I was assured that I would be taken care of. “The right to healthcare is well respected in  Bahrain and is guaranteed for all prisoners”, they told me. I am sure you will agree with me that, if that was really the case, I would have not have to spend 75 days without eating. Three weeks have elapsed since the prison administration promised me that I would receive treatment, yet nothing has changed.

I have learned that you will be meeting with Bahraini officials in Manama on 20 February, and I ask you to share my message with them. Bahrain must uphold its international human rights obligations and hold to account those responsible for perpetuating the climate of impunity that prevails among its bodies. In particular, the deliberate neglect of the health of political prisoners must come to an end and their basic rights need to be fully respected.

Therefore, I urge you to apply maximum pressure to the Bahraini officials in your capacity as the Minister for the MENA region for the Foreign and Commonwealth Office. Failure to do so will only embolden the Bahraini authorities to act unabated. The actions taken by Bahraini authorities following your previous response indicates that they believe they can violate the rights of prisoners without facing any repercussions.

In conclusion, I wish you a happy stay and a successful visit to my country. When you meet with officials, I hope you will bear in mind that there are thousands of political prisoners who suffer daily in Bahrain.