House of Lords Debate on Human Rights in Bahrain 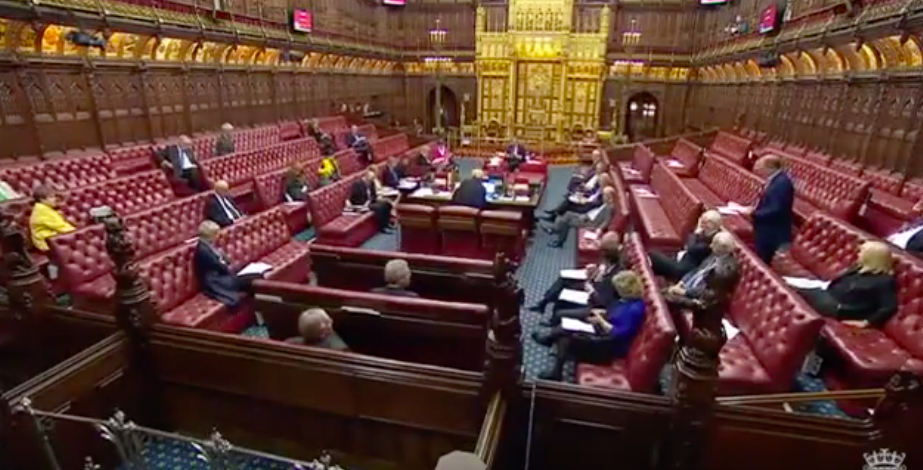 14 March 2019 – Last night the House of Lords held a debate on human rights in Bahrain led by Liberal Democrat peer Lord Scriven. Eleven peers from cross-party affiliations participated in the debate and a large point of contention was whether or not to prioritise the human rights abuses in Bahrain over the long and historic relationship the UK has with Bahrain, and thus also the UK’s interests in the region.

Lord Scriven questioned the Government’s assessment of the human rights abuses in Bahrain and the transparency UK’s technical assistance programme. He expressed concern for the case of former opposition leader Ebrahim Sharif, who was sentenced to six months’ imprisonment for tweeting criticism of Sudan’s President on the day of the debate. The cases of the Director of Advocacy at the Bahrain Institute for Rights and Democracy (BIRD), Sayed Alwadaei, whose family members are in prison in reprisal for his work according to the UN, and activist Ali Mushaima, who launched a 46 day-hunger strike to demand basic rights for his imprisoned father Hassan Mushaima were also raised. The two, who are themselves torture survivors, were present during the debate.

Baroness Northover, the spokesperson for the Liberal Democrats, heavily rebuked the democratic freedom that Lord Aster and Lord Hussain touched upon by bringing awareness to the 100,000 people who were ‘brutally repressed’ during the Arab Spring. She talked about how all political opposition groups have been dissolved and public protests are banned. She also criticised the anti-terror law, which she says is used to punish anti-Government activists by detaining them and/or revoking citizenship. In fact, more than 800 Bahrainis, including journalists and politicians, have had their citizenship revoked since 2012.

The Rt Hon. Baroness Bottomley of Nettlestone agreed that the human rights concerns should be a priority and spoke about Sayed Alwadaei’s family who have faced reprisals for his human rights work. She was concerned that these sentences have been upheld despite the conclusions by the UN Working Group on Detention, Human Rights Watch and Amnesty International. She called for the UK to ensure that Bahrain ‘gets back on the path of progress’.

Baroness Stern (CB), an officer of the All-Party Parliamentary Group on Human Rights, commented that the rise in human rights abuses have occurred at the same time in which the FCO has been funding local oversight bodies and asked whether the minister will in fact consider an independent review as Lord Scriven has advocated.

Lord Collins of Highbury, from the Labour party, drew on reports from Freedom House which suggested that Bahrain is more oppressive and less free than it was six years ago. He too rebutted the claims of democratic freedom by stating that opposition groups are banned from running for election and that protesters, journalists and human rights defenders are targeted and detained. He also detailed how Bahrain’s only independent newspaper was forcibly closed in 2017 and that executions have resumed since January 2017.

Lord McInnes of Kilwinning, from the Conservative party, drew on the significant obstacles to freedom of assembly and movement in Bahrain, such as the fact that protests are banned in Manama and that military courts have the right to try civilians. He concluded that the UK has an important role in ensuring that the oversight bodies are fully functioning.

Lord Luce, a Cross-Bench peer, stated that the ‘problem and worry is that’ human rights have deteriorated in the past few years. He asked what the Government’s assessment are of the Independent Commission of Inquiry.

During the debate, a number of Lords rejected the previous arguments which advocated for an independent review of the human rights abuses occurring in Bahrain as reported by the international human rights community. These include Lord Aster, Lord Hussain, Baroness Morris of Bolton and the Minister, Baroness Goldie.

Lord Astor of Hever, from the Conservative party, is the vice chair of the Conservative Middle East Council (CMEC). The CMEC has been accused of lobbying on behalf of Gulf states – notably Saudi Arabia, the UAE and Bahrain – while also receiving money from these governments. In his intervention, mainly praising Bahrain’s politics, Lord Aster did not include any assessments by independent sources such as the UN, Amnesty International or Human Rights Watch. Lord Soley, of the Labour Party Labour also dismissed any of the human rights concerns expressed by the international community. In the past, he has benefitted from hospitality from the Bahraini embassy, including a trip to Bahrain in 2014.  He has been accused of whitewashing Bahraini human rights abuses through the publication of a 24-page report on Bahrain in November 2014.

While Lord Hussain, from the Liberal Democrats, sees Bahrain as a ‘modern’ and ‘moderate Arab country’ with ‘an open and tolerant society that respects all religions and cultures’, Baroness Morris of Bolton, former chairman and now the vice-president of the Conservative Middle East Council (CMEC), argued that it was the Arab Spring that ‘left its scars’ on Bahrain. She had met with the Ombudsman for the Ministry of Interior and members of the National Institution for Human Rights and was struck ‘by their sincerity and determination to do the right thing’.

Baroness Goldie from the Conservative Party (Whip), reiterated that Bahrain is a key ally and that as of September 2018 and insisted that the oversight bodies are ‘effective in addressing allegations of torture and mistreatment in detention’.