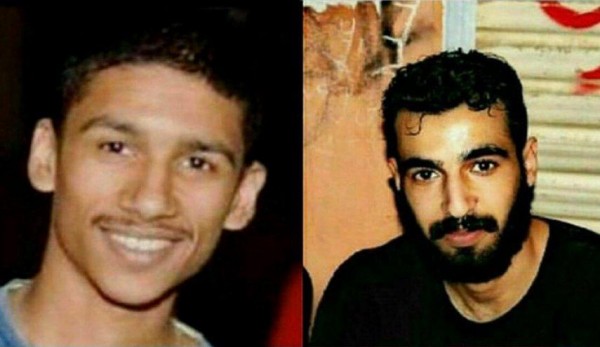 21 May 2019 – Today, five UN experts appealed to Bahrain to halt the execution of two men, Ali Al-Arab and Ahmed Al-Malali, amid “serious concerns” that their convictions were based on confessions extracted under torture and that they did not receive a fair trial.

BIRD has documented nine individuals currently at risk of imminent execution in Bahrain, having exhausted all their legal remedies.  Since the start of the holy month of Ramadan on 5th May, Bahrain has upheld the death sentences for eleven men, including nine for political related offences and two for drug offences.

Yesterday, Foreign Office Minister Lord Ahmad of Wimbledon responded to a parliamentary question stating that the government opposes the death penalty “in all circumstances and countries” and is closely following both cases.

Sayed Ahmed Alwadaei, Director of Advocacy at BIRD, commented “The worrying increase in death sentences in Bahrain betrays an appalling disregard for human life.  Ali Alarab and Ahmed Almalali have been subjected to appaling acts of torture and a deeply flawed trial. The use of confessions extracted under torture to condemn people to death has now became the norm in Bahrain.

These men’s lives hang in the balance; without serious action from Bahrain’s allies, in particular the United Kingdom, the United States and the European Union, they are at serious risk of execution. It is time for them to act on their shared values and publicly urge Bahrain to quash the sentences of Ali Al-Arab and Ahmed Al-Malali.”

Read the full UN statement below:

GENEVA (21 May 2019) – UN human rights experts* have appealed to Bahrain to halt the imminent executions of Ali Mohamed Ali Mohamed Hakeem al-Arab and Ahmed Isa Ahmed Isa al-Malali, amid serious concerns that they were coerced into making confessions through torture and did not receive a fair trial.

The two man were reportedly arrested, one of them without a warrant, on 9 February 2017 within the context of a joint security operation. They were allegedly prevented from attending their trial, sentenced to the death penalty in absentia and stripped of their nationality, which was later reinstated.

Prior to the conviction, Ali Mohamed Ali Mohamed Hakeem al-Arab was reportedly forcibly disappeared for a month, during which he was subjected to torture to obtain confessions which were then used against him in court. He was allegedly charged with killing a police officer, firing on a security patrol and injuring one of its officers, assisting in an attempted prison escape, and possession of firearms. He did not have access to legal counsel before the trial proceedings began.

Ahmed Isa Ahmed Isa al-Malali was reportedly struck by two bullets in his right hand during the arrest. The bullets were allegedly only removed 23 days later. He was also reportedly tortured and forced to sign a confession which, if accurate, violates the Convention against Torture. He was subsequently charged with possession of firearms, membership in a terrorist cell and the alleged killing of a security officer. He allegedly did not have access to legal representation until late in the trial proceedings.

“We urge the Government of Bahrain to immediately halt the executions of the two men, to annul the death sentences against them and to ensure that they are retried in accordance with international law and standards,” the experts said.

The experts reiterated that capital punishment may only be carried out for the most serious crimes and after a legal process which has included all possible safeguards to ensure a fair trial. “The two individuals should have never been convicted on the basis of what appears to be seriously flawed trials. Executions in these conditions would amount to arbitrary executions,” they stressed.

“All allegations of arbitrary arrest, enforced disappearance and torture must be promptly, thoroughly and impartially investigated with a view to holding those responsible to account and preventing similar occurrences from happening again in the future.

“We have raised multiple cases with the Bahraini authorities,” the experts said. “We urge the Government to establish an official moratorium on all executions with a view to abolish the death penalty.”

The experts had previously sought clarifications from the Government on this case.