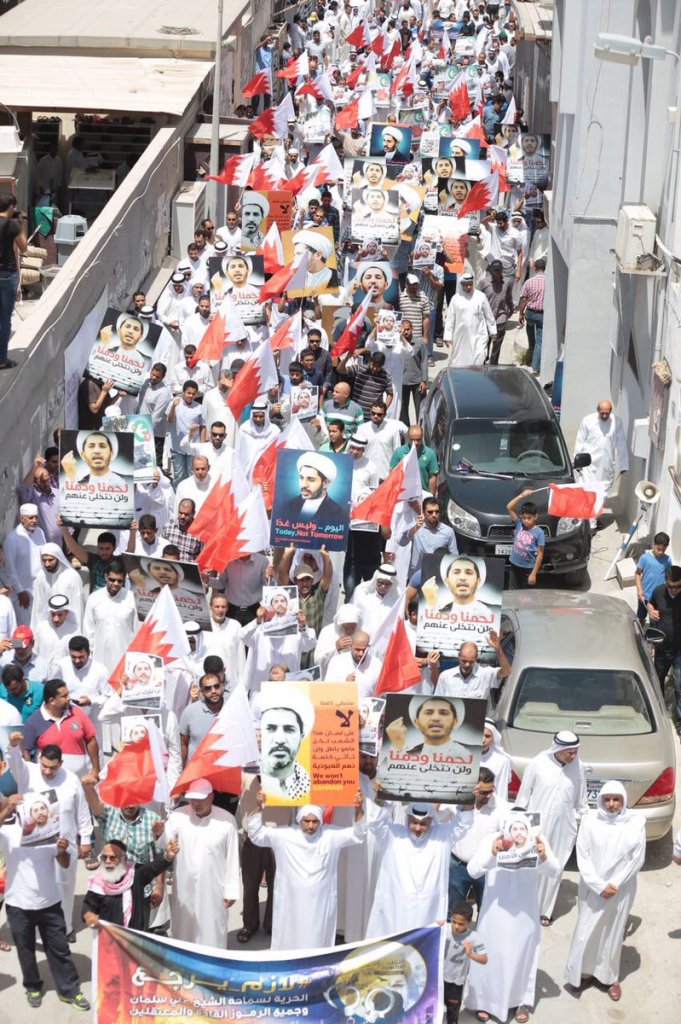 7 June 2019 – The Foreign and Commonwealth Office (FCO) diminished the human rights deterioration in Bahrain in its 2018 report on human rights and democracy priorities, labelling it a “mixed picture of challenges and positive developments.” Similar labels were given in the 2017 and 2016 reports.

The 2018 report neglects to document the numerous allegations of torture, ill-treatment and abuse of individuals who dissent against the Bahraini government; an issue which the US State Department acknowledged had “continued during the year” in their respective report on Bahrain. Widespread reports of unfair trials and due process violations stemming from a corrupt criminal justice system were also included in the US report, but were omitted from the UK equivalent.

The FCO also glosses over issues such as the rise in death penalty sentences and citizenship revocation, which have gained significant international criticism. In 2018 alone, 304 individuals were arbitrarily stripped of their citizenship by either civil or military courts – the highest number since this practice was introduced in 2012 to silence political dissent. That same year, 12 individuals were sentenced to death with the UN expressing serious concerns that that capital punishment cases in Bahrain involve “allegations that confessions […] were obtained under torture and used as evidence in court, thus forming the basis for conviction […]” in December 2018.

Criticism of the country’s crackdown on freedom of expression and reprisals against activists and human rights defenders in 2018 is also scarce. The clampdown on freedom of expression is only referenced in relation to the 5-year sentence handed down in February 2018 on the country’s leading human rights defender, Nabeel Rajab. However, the report fails to acknowledge the severity of the situation. Despite his conviction stemmed from his peaceful twitter activity, with the UN Working Group on Arbitrary Detention (WGAD) declaring him “arbitrarily detained” in August 2018, the FCO failed to call for his release.

The UN WGAD also found the targeting of London-based human rights defender Sayed Ahmed Alwadaei and his relatives to be unlawful and in reprisal to Mr Alwadaei’s human rights activity. The FCO, however, is yet to acknowledge the reprisals and missed the opportunity to do so in their report by neglecting to mention the case entirely.

The WGAD further raised concerns that in Bahrain, the “widespread or systematic imprisonment…in violation of the rules of international law may constitute crimes against humanity”. Similar concerns were echoed in a resolution adopted by the EU parliament in June 2018, which condemned the “increased crackdown on human rights defenders” by imposing “prison sentences, exile, travel bans, revocation of citizenships or severe threats and intimidation”. In its 2018 report, Human Rights Watch stated that “civilian and military courts continue to convict and imprison peaceful dissenters, including prominent human rights defenders and opposition leaders, under the guise of national security”.

Despite substantial reports of punitive measures, threats and physical assault being brought to the attention of the UK government, the report omitted to comment on the deterioration of prison conditions in the country. In July 2018, the UN Human Rights Committee expressed concerns for the “inhuman prison conditions, including serious overcrowding, unsanitary conditions, inadequate access to drinking water and unhygienic toilet facilities, particularly in the Jau prison”. In September 2018, Amnesty international discussed the “disruptions, delays and needless, petty cruelty” as well as the general negligence of healthcare in Jau prison and Isa Town Prison, the country’s only female detention centre. Political prisoners Hassan Mushaima, Hajer Mansoor and Ali Al-Hajee, for example, are just a few individuals who were denied adequate medical care for a series of urgent medical issues.

The impunity with which public bodies and individuals act is also underplayed. The report comments on oversight mechanisms in Bahrain, which, according to the FCO, “have already had a positive effect”. The FCO supports these bodies – the report elaborates – and has helped them develop “effective mechanisms to hold state institutions, including the police, the security service and the prison service, to account.”

These bodies, however, have been criticised extensively, most notably by the UN Committee Against Torture which condemned the use of “widespread” torture in Bahrain while labelling the oversight bodies as being neither “effective” nor “independent”. With regards to the Ministry of Interior Ombudsman, specifically, Amnesty International highlighted in a report published in September 2018 that victims or their families had filed complaints with “no result” and that in cases where action had been taken by the Ombudsman, “its follow-up has been ineffective”.

Following the physical assault led by prison officers against female political prisoners Hajer Mansoor and Medina Ali, for example, the National Institute for Human Rights issued a statement denying the allegations of mistreatment. Their conclusion fell in line with the position of Bahrain’s Ministry of Interior (MOI), who claimed that the bruises suffered by Hajer were self-inflicted.

Despite the concerns of the international community, including the UN, the report states that “the UK will continue to support Bahraini-led reform in 2019 by providing a range of technical expertise to promote the rule of law and further develop the work of Bahrain’s human rights oversight bodies.”

With regards to the parliamentary elections held in November 2018, the report welcomes Bahrain’s “commitment to the democratic process” and highlights a statement issued by former FCO MENA Minister Alistair Burt welcoming the “successful conclusion” of the elections. These elections, however, were condemned by international legislative bodies extensively. The UK Parliament, US Congress, EU Parliament, Irish and Italian Parliaments have all thrown into question their legitimacy. In May 2018, this same Council of Representatives – for which Bahrain held the November election – passed an amendment to the Law on the Exercise of Political Rights. The legislation barred anyone who belongs to major political parties and those who have spent more than six months in prison from running for elected office.

The Bahraini government has in fact dissolved all political opposition parties, including Al-Wefaq National Islamic Society in 2016 and the secular-left National Democratic Action Society (Wa’ad) in 2017. In addition, no independent electoral commission currently exists, while international media and human rights bodies, including the UN, have been barred from entering the country, therefore no impartial body is capable of monitoring the elections.