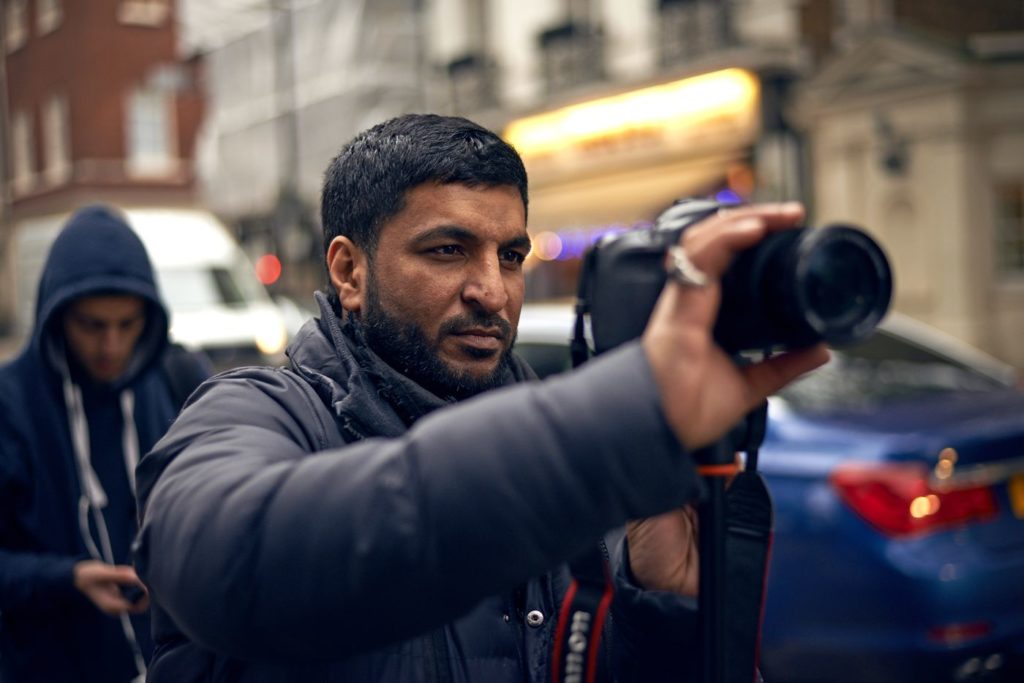 19 November 2019 – Moosa Mohammed has today formally  lodged a criminal complaint with the Metropolitan Police Service, alleging his attempted murder by staff at the Bahraini Embassy.

Today, I formally lodged a criminal complaint with the Metropolitan Police against staffers at the Bahraini Embassy in London, who I believe attempted to murder me.https://t.co/1Fj73s4bzu

The assault took place on 26 July 2019 after Mr Mohammed had climbed onto the rooftop of the Embassy to protest against the executions of two men in Bahrain.

Mr Moosa attended Charing Cross Police station to make his allegation to the police in person. In a written statement given to the police, Moosa Mohammed said that staff attempted to push him off the Embassy rooftop, with one saying to him “we have two people being executed in Bahrain and you will be the third”. In his statement he said that he was scared for his life and he had no doubt in his mind that they were trying to kill him.

Footage has been provided to the police which captures the moment when the Embassy staff approached Mr Mohammed on the roof just before he says that they attempted to push him from the ledge.

Mr Mohammed describes how he was subsequently dragged onto the flat rooftop, where a further threat to kill him was made by one of the men. A wet t-shirt was used to cover  his mouth and an attempt was made to tie his hands behind his back, causing injuries to his wrists which were later photographed.

The assault only stopped after police officers broke into the Embassy and made their way to the rooftop.

Mr Mohammed is now calling on the Metropolitan Police Service to investigate the Embassy staff members for the serious assault on him which caused him to fear for his life. “When I was on the Embassy rooftop, I thought I was going to die. I was pushed, beaten, and tortured. I believe they tried to kill me that night. If the police had not broken into the Embassy and found me, I believe I would have been killed, like Jamal Khashoggi. It can’t be right that serious crimes like this can be committed in embassies without being brought to justice. No one is above the law. We don’t expect abuses in the UK to happen without impunity as they do in Bahrain.”

Sayed Ahmed Alwadaei, Director of Advocacy, The Bahrain Institute for Rights and Democracy (BIRD), who was present at the Embassy said “Moosa was protesting to  try and save the lives of two men who were soon to be executed in Bahrain. Hearing Moosa screaming for help was horrifying and when he told me what he went through afterwards I was very shocked. In an era where Gulf states get away with murder in diplomatic missions as in the case of Khashoggi, we should know the truth about what happened and those who attacked Moosa must be held to account. The British government’s strong relationship with the Bahraini authorities should not prevent justice being served.”

Emily-Jade Defriend of Bindmans said “These are extremely serious allegations. That the alleged offences took place in the Bahraini embassy does not put them beyond the scrutiny of the British police. We expect the Metropolitan Police Service to carry out a robust  investigation with the cooperation of the Foreign and Commonwealth Office into Mr Mohammed’s criminal complaint.”