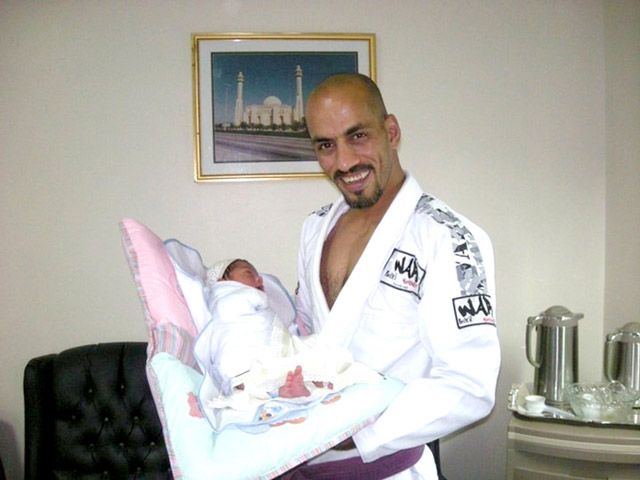 Mirza provided the letter to the Bahrain Institute for Rights and Democracy (BIRD) addressed to IMMAF president Kerrith Brown in protest against the organisation’s endorsement of the BRAVE Combat Federation, an MMA promotion founded by the King of Bahrain’s son, Sheikh Khaled bin Hamad Al Khalifa, which has become the largest of its kind in the Middle East.

Brown was in Bahrain this week to speak at the launch of the 2019 BRAVE Combat Week, an international MMA showcase which includes the IMMAF World Amateur MMA Championships.  Other speakers included Bahrain’s Prince Nasser, who previously chaired a commission which saw over 150 professional athletes arrested, detained, tortured or excluded from their sports for participating in Bahrain’s pro-democracy uprising in 2011, including both Mirza and Al Araibi.

In his letter, Mirza detailed the arrest, torture and sham trial which saw him sentenced to 15 years by a military court and warned that the Bahraini regime is “exploiting” the support of international sporting bodies like the IMMAF and “concealing the truth about their ongoing violations against detained sportspeople.”  Mirza has now been in prison for almost 9 years; his sentence has been reduced to ten years.

Mirza further asked Brown to “end the support your federation provides to Bahrain” and personally called upon him to “relate my suffering as a sportsperson to the Bahraini authorities.” He also announced he would be holding a silent protest by refusing to speak with prison authorities for the duration of BRAVE Combat Week.

Al Araibi, who hails from the same village as Mirza, fled Bahrain to Australia in 2014 after suffering similar persecution for participating in the 2011 protest movement.  In his address to the IMMAF, he referred to these experiences, stating that “as a sportsperson and victim of Bahrain’s repression myself, I decided to raise my voice and personally deliver Mohamed’s letter to you.”

Al Araibi went on to urge Brown to speak out about Mirza’s case, citing the role played by international sporting bodies in securing his own release from a Thai jail earlier this year, after Bahrain had attempted to have him extradited to serve a 10-year sentence on fabricated charges. The case sparked widespread outrage and compelled several international sporting organisations including FIFA, FIFPro and the International Olympic Committee to make public interventions on Al Araibi’s behalf.

Hakeem Alaraibi commented: “When I heard that Mohamed was protesting against Bahrain’s ongoing abuse of professional athletes, I knew I had to make a stand on his behalf. Mohamed is from my hometown and our experiences are very similar, with both of us being targeted for speaking out for democracy in Bahrain. However, whereas I was lucky enough to escape, Mohamed has spent the last 9 years in prison.

BRAVE Combat Federation appears to be another attempt by Bahraini royals to exploit the popularity of international sport and project an image of a modern, prosperous state.  However, until Bahraini athletes like Mohamed are no longer jailed for opposing the Bahraini dictatorship, international sporting bodies like the IMMAF should avoid endorsing these cynical PR exercises.”

Sayed Ahmed Alwadaei, Director of Advocacy at BIRD, commented: “The arbitrary arrest, torture and imprisonment of Mohamed Mirza is sadly not an isolated incident and its important that internatinoal sporting bodies like the IMMAF should be made aware of the Bahraini government’s ongoing imprisonment of athletes who dare to speak out against the regime.

BRAVE Combat Federation’s close association with Bahraini royals suggests it is yet another example of the dictarorship’s attempts to “sportswash” its human rights abuses through investments in international sport.

As the campaign for Hakeem’s release demonstrated earlier this year, sporting institutions can be powerful voices for change.  Kerrith Brown should make it clear his organisation stands against tyranny by raising Mohamed’s case while he is in Bahrain. Bahrain’s government should not be allowed to rebrand itself as a hub for international sporting events while athletes like Mohamed remain in jail.