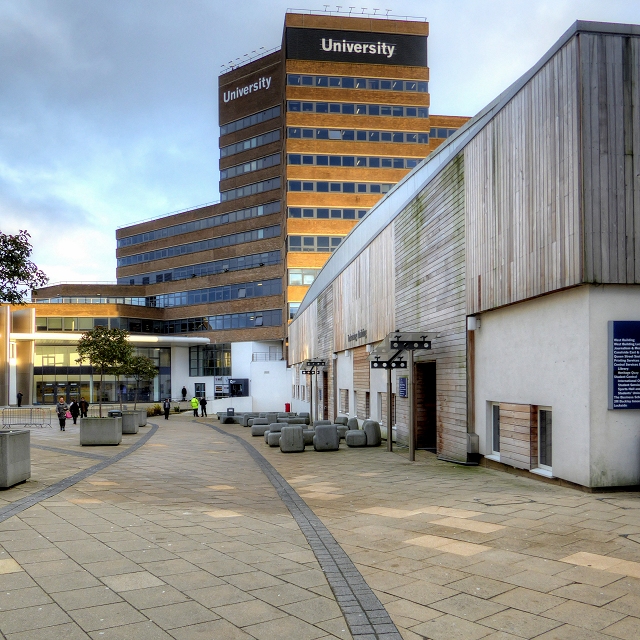 12 February 2020 – The University of Huddersfield is facing heavy criticism after rights groups received testimonies from 10 Bahraini political prisoners alleging they were tortured at Bahrain’s Royal Academy of Policing (RAP), where the University has taught an exclusive MSc in Security Science since 2018.

The University has resisted disclosing how much they earn from the course, thought to be in the millions, claiming it would “prejudice the University’s commercial interest”.  The modules taught include terrorism and conflict resolution, forensic psychology and cybercrime.

In a letter to the University’s Vice-Chancellor, Professor Bob Cryan, the Bahrain Institute for Rights and Democracy (BIRD) and Americans for Democracy and Human Rights in Bahrain (ADHRB) called on the university to “immediately suspend” the course. This call was backed by Amnesty International and Yorkshire peer Lord Scriven on 8 February.

BIRD and ADHRB received the 10 testimonies from political prisoners at Bahrain’s notorious Jau Prison, which is adjacent to the RAP.  All prisoners reported being subjected to physical torture including electrocution and severe beatings to the face, abdomen and genitals.  Four inmates also alleged being sexually assaulted or raped at the RAP site and the sexual assault of one of these individuals took place mere weeks after Huddersfield’s former Chancellor, HRH Prince Andrew, visited students at the Academy to strengthen his university’s ties with Bahrain.

All of the prisoners reported being subjected to a range of other severe interrogation techniques, including sleep deprivation, forced standing, being placed in cold rooms without clothes or being suspended from the ceiling by the hands, as well as being threatened with the rape and torture of family members.  In at least six cases, this litany of abuses led them to sign pre-prepared confessions without reading them, which were likely used as evidence in their trials.

Particularly concerning is the testimony of one Abbas Abd Ali Mohammed, who was left with ongoing injuries after being repeatedly kicked and electrocuted on his genitals while being tortured at the RAP.  Abbas was arrested just days after his brother, UK-based activist Moosa Mohammed, filed an official complaint against the Bahrain Embassy in London after he was assaulted by staff while protesting against executions taking place in Bahrain.  During interrogation, officers warned Abbas that “the British won’t be able to protect [Moosa] forever.” The timing of Abbas’ arrest suggests his imprisonment may be a  reprisal for his brother’s activism.

The evidence of torture at the RAP appears even more troubling in light of the promotion of Brigadier General Fawaz Al Hassan to General Director of the RAP in December 2019.  Al Hassan, a former recipient of British taxpayer-funded training, was director of Muharraq Security Complex in 2017 when two female human rights activists, Najah Yusuf and Ebtisam Al Saegh, allege they were tortured and sexually assaulted by officers from Bahrain’s National Security Agency.

Consequently, BIRD and ADHRB raised concerns about the adequacy of the university’s human rights due diligence before establishing the Msc in Security Science for students at the RAP, which relied largely on outdated UK-government sources.  Citing the UN Guiding Principles on Business and Human Rights, which states that due diligence “should be ongoing, recognising that the human rights risks may change over time”, BIRD accused the university of ignoring “multiple, reliable, up-to-date sources” which demonstrate the deterioration of human rights in Bahrain since 2017.

Both BIRD and Lord Scriven have previously raised concerns about the suitability of the RAP as a business partner for the University of Huddersfield since the controversial MSc was announced two years ago.  However, their previous letters to the Vice-Chancellor received identical responses, suggesting a failure to engage with the issue in a manner befitting the gravity of the concerns raised. A spokesman confirmed that the University had received the letter, stating that they would give it their “full consideration” and respond in the coming days.

Sayed Ahmed Alwadaei, Director of Advocacy at BIRD, commented: “It is scandalous that the University of Huddersfield has reserved an MSc in Security Science exclusively for students at an institution known by Bahraini prisoners as one of Bahrain’s most notorious “torture hubs”.  The university management have had their heads in the sand about the abusive nature of their business partner; it is time for them to end this toxic relationship or their Master’s certificates will be stained with blood.”

Husain Abdulla, Executive Director at ADHRB, commented: “These testimonies demonstrate the need for all organisations to implement robust due diligence policies when dealing with abusive regimes like Bahrain. That the University of Huddersfield failed to recognise the new Director General of the Royal Academy of Policing to be an individual associated with serious human rights violations demonstrates the inadequacy of their existing human rights safeguards. Their weak policy mirrors the unconditional support provided by the British government to abusive institutions in Bahrain.”

Lord Scriven commented: “As someone born and raised in Huddersfield I am very disappointed to see the University of Huddersfield directly involved with an organisation implicated in at least ten cases of torture, several of which took place while the University was training its students. Vice `Chancellor Bob Cryan has been warned previously about the abusive nature of his business partner and has failed to act; I now expect him to personally take action to end his university’s association with this odious institution.”