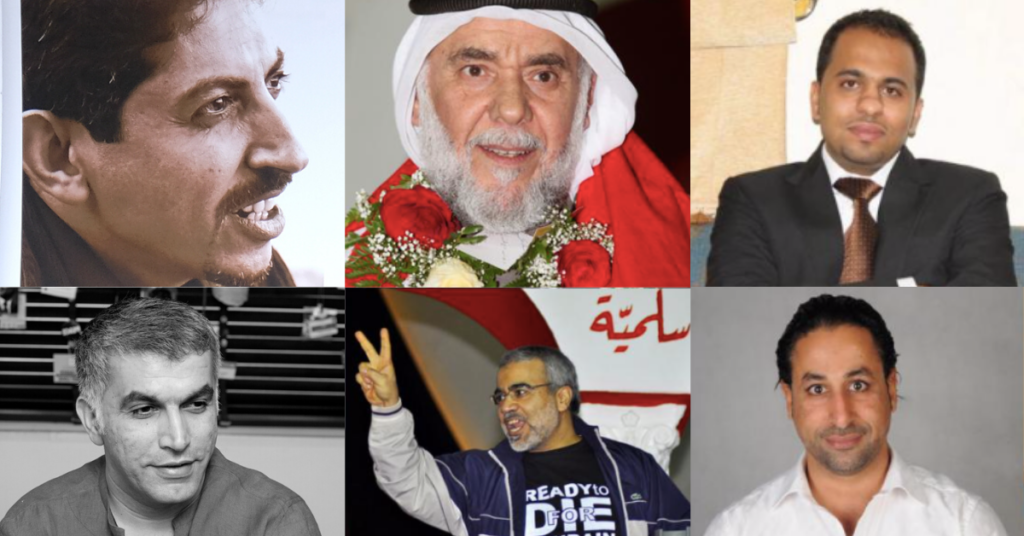 18 March 2020 – Bahrain has released a significant proportion of its prison population amid rising panic over the spread of Coronavirus, but prominent political leaders and human rights defenders have been excluded, the Bahrain Institute for Rights and Democracy (BIRD) said today.

Yesterday, the Ministry of Interior (MoI) confirmed that the release of prisoners had been completed.  According to the Bahrain Centre for Human Rights (BCHR), which has been documenting the releases, the overwhelming majority of those who benefitted from early release were foreign nationals or individuals on criminal charges and were largely nearing the end of their sentences.

While BCHR found the release did include at least 300 political prisoners, prominent political leaders and human rights defenders will remain behind bars including Hassan Mushaima, Dr Abduljalil Al Singace and Nabeel Rajab, all of whom have pre-existing medical conditions which put them at greater risk from the Coronavirus.

The release also excluded individuals deemed to be arbitrarily detained by the UN Working Group on Arbitrary Detention, including 21-year old Sayed Nizar Alwadaei, who was convicted in 2017 in an act of “reprisal” for the activism of his cousin, BIRD’s Director of Advocacy Sayed Ahmed Alwadaei.  Zakeya Al Barboori, Bahrain’s last female political prisoner, will also remain as one of just 13 female prisoners left incarcerated in the country.

The decision to release prisoners appears to be aimed at limiting the spread of Coronavirus within Bahraini prisons, which a government watchdog found in 2016 to suffer from “overcrowding,” “broken toilets,” “insect infestation” and general “bad hygiene.”  In January, an outbreak of scabies infected over 100 individuals at the Dry Dock Detention Centre, where inmates have long complained of unsanitary conditions.

Sayed Ahmed Alwadaei, Director of Advocacy at BIRD, commented: “By excluding prominent human rights activists, as well as vulnerable inmates and those declared arbitrarily detained, the government has missed a valuable opportunity to demonstrate compassion during an unprecedented international pandemic. There has been no transparency on the part of the government regarding the identities of those released and it now transpires that the vast majority are either criminals or foreign nationals who will be immediately deported.”

Enas Oun, Head of Documentation at BCHR, commented: “While we welcome the positive decision to release a number of detainees on humanitarian grounds, our documentation suggests that the overwhelming majority of those released are a mixture of foreign nationals and Bahrainis held for criminal offences.  Only a limited number of political prisoners have been released and we were disappointed not to see the inclusion of more juveniles and inmates with health conditions. We are also saddened that BCHR’s president, Nabeel Rajab, was excluded, as were BCHR founding member Abdulhadi Al Khawaja and activist Naji Fateel, all of whom are held for merely expressing their human right to free expression and assembly.”

Husain Abdulla, Executive Director at Americans for Democracy & Human Rights in Bahrain, commented: “In this time of crisis, the government should put aside petty quarrels and end this painful chapter in our history by releasing political detainees, including opposition leaders Hassan Mushaima and Dr Abduljallil Al Singace and human rights defender Nabeel Rajab.”