Peers call on government to save lives of Bahraini torture victims 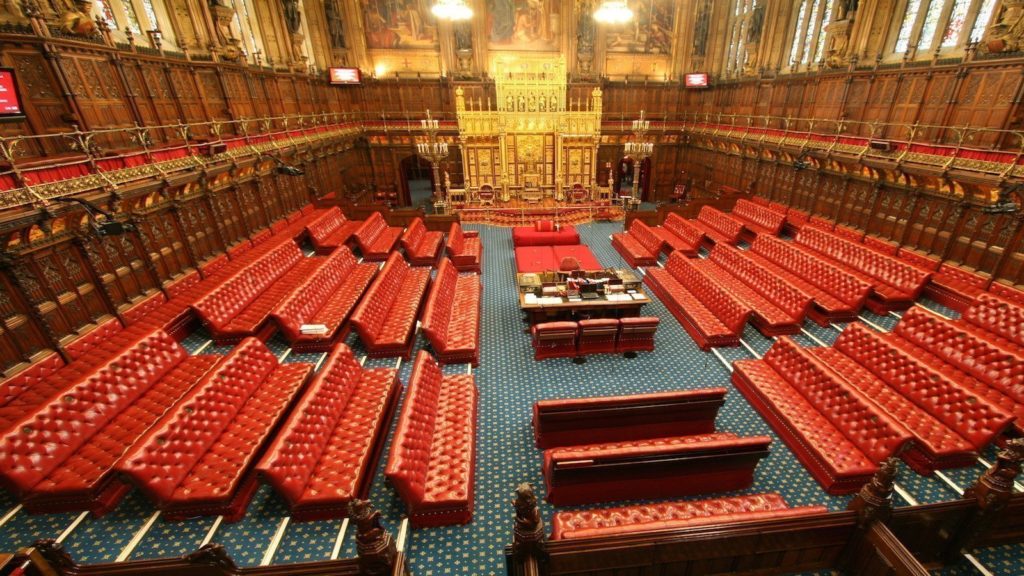 8 July 2020 – This afternoon, crossbench peer Baroness D’Souza asked an urgent Private Notice Question to Lord Ahmad of Wimbledon at the House of Lords regarding Bahraini torture victims Mohammed Ramadhan and Husain Moosa, who will have the final appeal against their death sentences heard by Bahrain’s highest court on 13 July 2020. 8 peers engaged in the debate, challenging the UK government on their continued funding to institutions accused of covering up the torture of Mohammed and Husain and other Bahraini political detainees.

Baroness D’Souza’s opening question asked the government “what representations they will make to the government of Bahrain regarding the imprisonment and possible execution of Mohamed Ramadan and Husain Moosa, and the reported use of torture to extract their confessions.”

The minister responded that the government “has and will continue to raise both cases at senior levels with the Bahraini government” and expressed his deep concern at Mohammed and Husain’s death sentences, adding that the government is continuing to monitor their case as it heads to the Court of Cassation.

Baroness D’Souza went on to raise a recent assessment by independent experts at the International Rehabilitation Council for Torture Victims (IRCT) which found that investigations into Mohammed and Husain’s torture by the UK-funded and trained Special Investigations Unit (SIU) “failed to meet the minimum professional standards or minimum international standards.”

In light of this, she asked Lord Ahmad to make “the strongest – and public, representations to the Bahrain authorities” to prevent Mohammed and Husain’s execution and asked whether the minister would “commit to meet with representatives from rights groups” before their final appeal next Monday.”

In response, Lord Ahmad promised to “look into” meeting with concerned rights groups if scheduling will allow it and promised to “continue” to raise Mohammed and Husain’s case with Bahraini authorities.

The next question was posed by Baroness Ramsay of Cartvale, who stressed that Mohammed and Husain “have not had due process” and asked “why the FCO can’t put their mouth where British money is going and very vigorously obtain for these two men at least now a delay of execution and a fair trial.”

In @UKHouseofLords Baroness Ramsay questioned the convictions of Mohamed and Husain in #Bahrain based on trials flawed and marred with due process violations & the role of @Ukgov & @FCOHumanRights in giving them a fair trial and a delay of execution. pic.twitter.com/PUEd8ayend

Noting that there has been a 1250% increase in Bahrain’s use of the death penalty since 2017 and that 10 political prisoners at facing imminent execution in the country, Lord Scriven then challenged the Minister to accept that British technical assistance to Bahrain has failed to achieve its goals and asked whether the government would “agree to suspend its provision of technical assistance to Bahrain if these men’s death sentences are upheld.”

In response, Lord Ahmad gave the now-familiar government refrain that UK “technical assistance to Bahrain is kept under regular review and is provided in line with international standards” and that it “fully complies with our domestic and international human rights obligations.” He also reasserted the government line that reform in Bahrain was dependent on direct engagements with Bahrain’s government.

Our taxes are contributing to political executions by the Bahrain Government and yet the UK Government refuse to suspend the assistance given to bodies implicated in torture and investigate further. A policy of arms trade before human rights pic.twitter.com/HgyJV40h9B

The next question was posed by the Lord Bishop of St Albans, Alan Smith, who asked the Minister whether he had “reiterated our opposition to the use of torture to get confessions” and asked whether the government will review its technical assistance programme with Bahrain to ensure it strengthens human rights and the rule of law in Bahrain.

Lord Ahmad responded by clarifying the government’s unreserved opposition to the use of torture in all cases, adding that the government was “confident” in the “positive impact” of their reform efforts in Bahrain in a variety of areas “including judicial reform, youth management and also the recent steps forward they have seen on both the oversight bodies and the positive legislation that has been enacted to protect migrant workers.”

Lord Collins of Highbury followed up by raising the government’s admission in February that the human rights  Bahrain was “far from where we want to be” in terms of human rights. He challenged the government’s assertion that their soft-touch approach was bringing results, pointing out that the government has “provided £6.5 million in technical assistance to the very body that have enabled these men’s torture and death sentences.” He went on to ask whether the Minister could confirm that British officials will be able to observe the trial, that he will make public representations on these cases and that he will pursue the matter with the King should Mohammed and Husain’s death sentences be upheld on Monday.

The Minister promised that the government “will take a very strong line,” but again went on to praise the government’s reform efforts in Bahrain. On the matter of observing the hearing, Lord Ahmad added that he believed that Bahraini law prevents UK Embassy officials from attending hearings at the Court of Cassation, but assured the Minister that should the sentences be upheld he would raise the case with the Minister of State for the Middle East and North Africa.

In @UKHouseofLords @Lord_Collins questioned @tariqahmadbt on @Ukgov's technical assistance of £6.5M to #Bahrain when it continues #HumanRights violations that marred Mohamed & Husain’s trial & whether he would make public representations on their convictions to the highest level pic.twitter.com/ot1FtvnPBA

Stressing the urgency of the Mohammed and Husain’s situation and the role of UK-funded oversight bodies in their case, Lord Dhalakia asked the Minister to confirm that the government would ensure that they make representations on Mohamed and Husain’s behalf “will be before the Court of Cassation’s final decision on Monday 13th July?”

However, Lord Ahmad failed to confirm that they would do this and instead said that “it is for the Court of Cassation to make the final decision” and after that decision, “we will review whether there is any exemption or clemency that remains an avenue to the King.”

With less than 1 week to save torture survivors Mohamed & Husain’s lives in #Bahrain Lord Dholakia questioned @FCOHumanRights if they will make representations to the Court of Cassation's final decision before the 13th July against their death sentences pic.twitter.com/DYhaVGIvAe

Baroness Bennett of Manor Castle raised the government’s announcement on Monday of Magnitsky-style sanctions against human rights abusers, including 20 Saudi officials involved in the murder of Jamal Khashoggi, asking whether they would agree to seek similar sanctions against responsible Bahraini officials should Mohammed and Husain’s “torture tainted” executions were to take place.

While the Minister welcomed the confirmation of the Sanctions Act by the House of Lords, he refused to comment on whether these might be applied to the Bahraini officials in question, asserting that “it would be wrong and inappropriate to speculate on future designations.”

In @UKHouseofLords Baroness Bennett questioned @tariqahmadbt on whether @GOVUK will impose #Magnitsky sanctions against #HumanRights abusers in #Bahrain following its announcement on similar sanctions on 20 #SaudiArabian officials involved in the murder of #JamalKhashoggi pic.twitter.com/meIrZvMyug

The final question was asked by Lord Faulkner of Worcester in his capacity as Vice Chair of the All-Party Parliamentary Group on the Abolition of the Death Penalty. He asked the Minister why the recommendation by a 2018 Foreign Affairs Committee report that the FCO “review the current situation in Bahrain and report its findings,” to ascertain whether “the funding to the SIU should continue,” had not taken place.

Lord Ahmad promised to look at the report again and write specifically to Lord Faulkner on the matter and share his findings with other concerned Lords.

Commenting on the debate, BIRD’s Director of Advocacy, Sayed Ahmed Alwadaei, stated: “At this point Bahrain should have learned that upholding the death sentences against these torture survivors will not pass without consequence. These men have suffered enough injustice at the hands of Bahrain’s corrupt judiciary and I welcome the important intervention by peers in the House of Lords this afternoon.”

Maya Foa, Director of Reprieve commented: “The Government continues to claim that British security assistance to Bahrain has ‘yielded positive results,’ yet next Monday, two Bahraini men are very likely to be sentenced to death on the basis of torture evidence, following a sham investigation into their mistreatment, supported by British taxpayers. Faced with evidence that UK support to Bahrain has failed and is a fig leaf for severe human rights violations and denial of due process, all Lord Ahmad said is that the Government continues to monitor the case. The time for monitoring is long past: it is time to intervene, to save these men’s lives.”