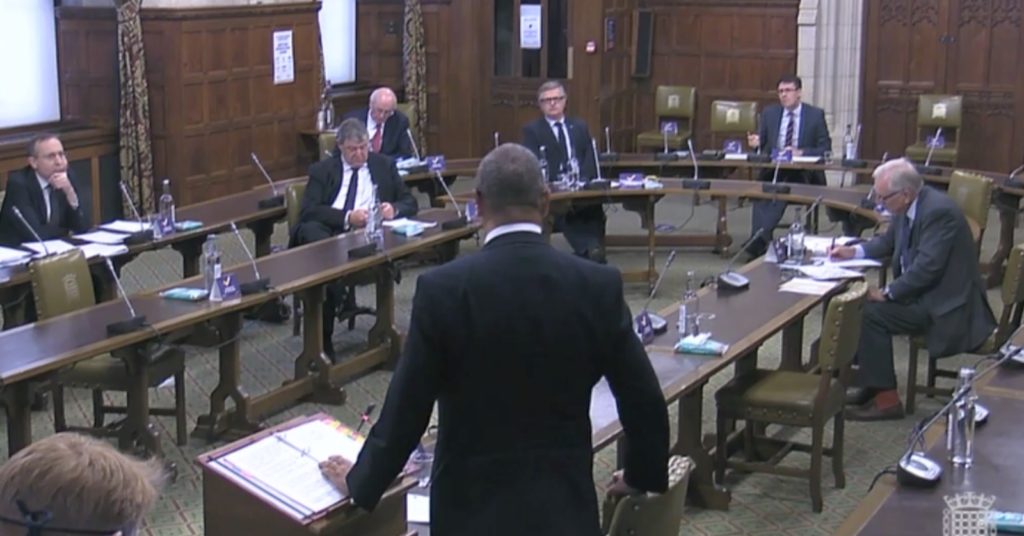 22 October 2020 – In a bruising backbench debate in which cross-party MPs severely criticised secret UK government funding to the Gulf, Secretary of State for the Middle East and North Africa (MENA) James Cleverly made an unprecedented u-turn by promising to publish a summary of future activities funded by the controversial Integrated activity Fund (IAF), a £20m a year fund reserved exclusively for Gulf Cooperation Council (GCC) states. The move comes after years of appeals by MPs, the Bahrain Institute for Rights and Democracy (BIRD) and Reprieve, who have condemned the fund’s lack of transparency amidst concerns that IAF recipients have been implicated in human rights violations in Bahrain.

Speakers at the landmark debate, the first of its kind since the IAF’s establishment in 2015, included Father of the House Sir Peter Bottomley, who told the government they had “made a mistake” in refusing to divulge information about how taxpayer’s money is being spent in the Gulf. David Linden, MP for Glasgow East who led the debate, challenged the secrecy surrounding Britain’s relationship with GCC states, asking “if the government has nothing to hide, why will they not publish details of the fund?”

Citing Freedom of Information requests received by BIRD, Labour’s Shadow MENA Minister Wayne David accused the government of failing to follow their own human rights due diligence policies when allocating funds from the IAF. David revealed that the government had failed to conduct a mandatory Overseas Justice and Security Assessment (OSJA) on two IAF-funded visits by Bahraini judges to the UK. The visit featured four judges from Bahrain’s Court of the First Instance, who are responsible for issuing a number of controversial death sentences in recent years.

MPs also questioned why five years after the IAF was first established, the human rights situation in several Gulf states had deteriorated. Brendan O’Hara, MP for Argyll and Bute, asked the government to explain why “two states in particular that have received millions in taxpayer funding, Bahrain and Saudi Arabia, are executing people at a higher rate than they were when they began receiving funding under the IAF.” Saudi Arabia executed a record 184 people in 2019, while Bahrain’s use of the death penalty has risen more than ten-fold since 2017.

Others challenged the government on the proclaimed successes of the IAF. The DUP’s Jim Shannon noted that alternative sentencing legislation introduced in Bahrain and developed with IAF-support has been found to discriminate against political prisoners. He pointed out that several members of the Bahrain 13, political leaders jailed in the wake of Bahrain’s 2011 pro-democracy uprising, were excluded from early releases, despite being eligible.

Read the Hansard of the full debate here.

Sayed Ahmed Alwadaei, Director of the Bahrain Institute for Rights and Democracy (BIRD), commented: “Parliamentary scrutiny has finally chipped a hole in the wall of secrecy surrounding the UK’s funding to the Gulf, with the government promising to release more information about its future activities in abusive Gulf states. However, we will continue to fight for full transparency, to ensure that taxpayer money is not spent abetting or concealing human rights abuses.”

Maya Foa, Interim Executive Director at Reprieve, commented: “The British Government should not be propping up Bahraini bodies implicated in torture and the death penalty. The FCO should freeze all assistance to these bodies while they remain engaged in such abuses, and speak out on behalf of prisoners sentenced to death on the basis of torture confessions.”