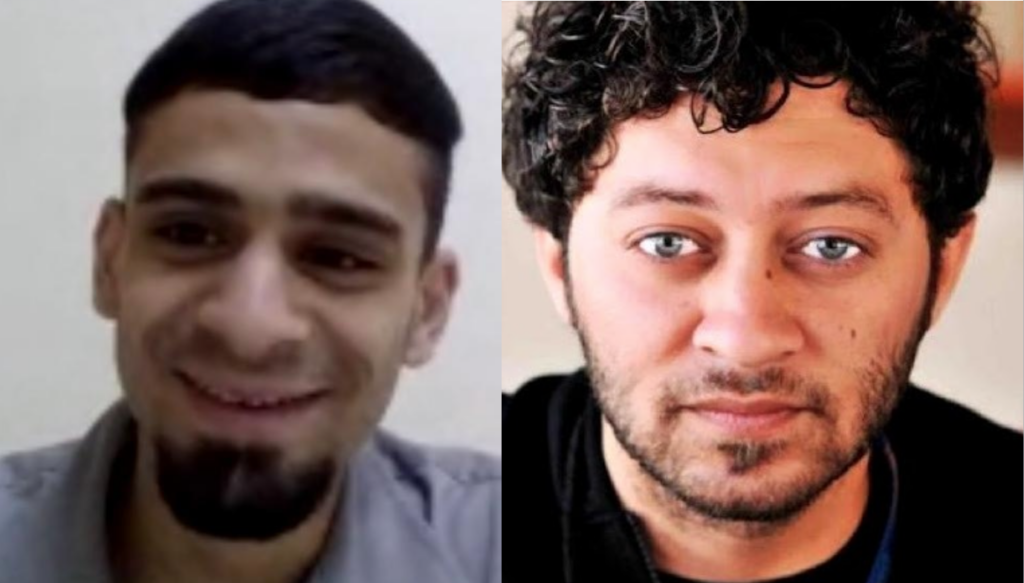 Sayed Ahmed Alwadaei,  Director of BIRD, Commented: “Withholding or providing false information about the severity of the outbreak and preventing inmates from contacting loved ones is fueling panic among their families. Locking inmates in overcrowded cells for 24 hours will have serious impacts on their mental health. If Bahrain’s government is serious about tackling this outbreak, they should be fully transparent rather than undermining the seriousness of the situation at hand.”

27 March 2021 –  An outbreak of Coronavirus has been confirmed at Jau Prison in Bahrain, with at least 21 verified cases of infected political prisoners. Bahrain’s Ministry of Interior (MoI) has actively attempted to conceal the true scale of the outbreak and authorities have further clamped down on prisoners’ freedoms, the Bahrain Institute for Rights and Democracy stated today.

Building 21, which exclusively houses political prisoners, is at the epicentre of the Coronavirus outbreak. This puts hundreds of political prisoners at serious risk. With the Formula One (F1) Grand Prix taking place in Bahrain this weekend, the gaze of millions worldwide is upon the country. The MoI’s efforts to silence concerns is an apparent attempt to distract onlookers from the mistreatment and suffering of Bahrain’s prisoners.

The Bahraini Ministry of Interior’s Attempt to Conceal the Outbreak

On 23 March 2021, the MoI posted a tweet confirming 3 positive cases, although the true figure of confirmed cases at the time was at least 10, raising serious concerns about the MoI’s release of inaccurate information in an effort to cover up the outbreak. Since 23 March, the MoI has not released updated figures or information about the virus’ spread. This appears to be an active attempt by Bahrain’s MoI to deceive the public about the true nature of the outbreak. This week prison authorities threatened inmates with punishment for speaking out about Coronavirus (see below).

Confirmed Cases of Covid-19 in Building 21

The Coronavirus outbreak in Jau Prison is likely to involve tens, or even hundreds, of inmates. Building 21 in Jau Prison houses 478 inmates, all of whom are political prisoners convicted on charges related to their activities of protest and political dissent. Ward 2 in building 21 houses 157 inmates, all of whom have been evacuated. At least 30 individuals are reported to have been removed from ward 3, which houses 156 inmates. Testing of inmates at prison ward 3 began on 22 March, but authorities waited until 26 March to test the ward’s remaining inmates.

Those who have tested positive include the brother-in-law of BIRD Director Sayed Ahmed Alwadaei, Sayed Nizar Alwadaei, his cellmate and cousin Ali Hasan, and renowned Bahraini photojournalist, Sayed Ahmed Humaidan. Family members have been unable to contact Sayed Nizar since the 25 March 2021 and are concerned for his wellbeing. Indeed, families of the many inmates who have tested positive are terrified for their loved ones.

I am saddened to announce that my brother-in-law Sayed Nizar has tested positive for #Covid19 at Jau Prison in #Bahrain.

We have been unable to contact him since he was tested & are concerned for his wellbeing.@moi_bahrain are concealing the true scale of the outbreak pic.twitter.com/5ANzSitgkr

Sayed Nizar and Ali Hasan share a cell with at least 10 other people, all of whom are likely to be infected with the virus. Other inmates at building 21 who have flu-like symptoms may have Coronavirus but have not yet been tested. Although BIRD has verified 21 positive cases of Coronavirus in building 21, the true number of cases is likely to be much higher.

Worsening conditions have accompanied the Coronavirus outbreak at Jau Prison, as authorities attempt to silence inmates and prevent them from speaking out about the health situation. As of today, BIRD received reports that prison guards warned inmates not to mention Coronavirus during their telephone calls, or their call will be immediately cut off and all future calls would be punitively suspended.

All prisoners at building  21 are now only allowed 15 minutes outside their cells, in breach of international regulations. Prisoners also report that all telephone calls have been suspended with only irregular video calls permitted, ostensibly to control the flow of information leaving the prison.

Overcrowding is an additional problem. Building 21 has the capacity to house a maximum of 360 individuals (120 people per ward and 10 people per cell, with 12 cells per ward). With 478 inmates, the prison is currently functioning at 33% above maximum capacity since it houses an additional 118 prisoners who are forced to sleep on the floor. Such overcrowding makes social distancing impossible. In addition, the prison relies on a central air conditioning system which is likely to facilitate the spread of the virus.

Meals have also been disrupted. Previously, the prison catering company used inmates to deliver meals around building 21. Since 25 March, however, the meal delivery system has changed and food is delivered in small packages to prisoners’ cells. Reportedly insufficient quantities of food are contained within meal packages.

Sayed Ahmed Alwadaei, Director of the Bahrain Institute for Rights and Democracy (BIRD), commented:  “As the Formula One Grand Prix takes place this weekend, Bahrain is desperately trying to cover up a serious outbreak of Coronavirus. The overcrowded cells and unhygienic conditions which prevail in Bahrain’s prisons have long forecast a perfect storm for a Coronavirus outbreak. For almost a year, inmates have been warning that the prison was unprepared to tackle the virus and now their worst fears have been confirmed. Their lives are now seriously endangered

The Ministry of Interior has made blatant attempts to deceive the public about the scale of the outbreak and keep it under wraps. Bahrain must provide all individuals who tested positive with immediate adequate medical care and reinstate prisoner’s telephone calls so that they can contact their concerned families.”

Sayed Nizar, declared arbitrarily detained by the United Nations Working Group on Arbitrary Detention, is serving an 11-year sentence in Jau Prison in reprisal for the activism of his brother-in-law, BIRD Director Sayed Ahmed Alwadaei.  On 25 March, 61 British lawmakers wrote to Stefano Domenicali, CEO and President of F1, highlighting the case of Sayed Nizar Alwadaei.

BIRD can provide a detailed breakdown of verified cases.