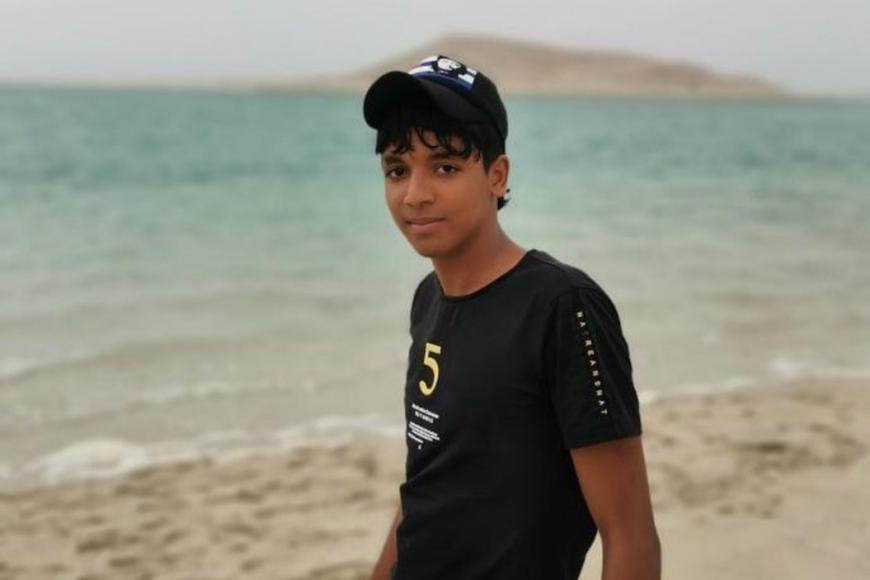 7 June 2021 – A Bahrain government report denying that police and detention-center officers beat, insulted, and threatened to rape four boys, ages 15 to 17, in detention in late 2020 and 2021 lacks any credibility in the face of compelling evidence, and is a blatant effort to whitewash serious human rights violations, Human Rights Watch and the Bahrain Institute for Rights and Democracy (BIRD) said today.

The boys’ statements and corroborating information contradict the March 14 report by the ombudsman of Bahrain’s Interior Ministry that said none of the boys were abused in custody, the groups said. The UK government, an ally of Bahrain, approvingly cited the misleading ombudsman’s report.

“If the Bahraini authorities are given a green light to exonerate themselves for vicious child abuse with a sham investigation, there’s nothing to stop them from doing it again tomorrow,” said Sayed Ahmed AlWadaei, advocacy director at BIRD. “Foreign governments like the UK that support Bahrain’s security and law-enforcement should press for accountability, not continue business as usual with officials who torture children.”

On June 7, Human Rights Watch and BIRD wrote to the UK government about the children’s mistreatment, urging it to press Bahrain for accountability, the groups said. The UK has supported Bahrain’s Interior Ministry with £6.5 million since 2012. The US is the main supplier of weapons used by Interior Ministry forces.

Human Rights Watch and BIRD spoke with the four boys and reviewed the verdict in their case, the prosecution dossier, the ombudsman’s report, and other materials. Previously, the two groups documented abuses against 10 other children in the same case, who were threatened with rape and electric shocks from wires attached to a car battery in an outbuilding at a police station. Amnesty International reported that the four boys were being prosecuted as adults.

Police in Hamad Town summoned Jameel J., 14, whose name, as with the others, is being withheld because they are children, in April 2020 for questioning about his actions on February 14, the anniversary of Bahrain’s Arab Spring uprising. One officer threatened to hit him and another threatened to “put you in the jail cell and let all the officers rape you,” he said. He was released and interrogated again on November 30, then age 15, by two police officers at the Criminal Investigations Directorate (CID) in Manama.

They slapped him repeatedly, he said, and threatened to beat him severely and to arrest his father. One officer said, “Will you confess or would you like me to treat you like a man?” He confessed to throwing a Molotov cocktail and burning tires and gave the names of other boys. Jameel J. said police put him in a cell with adults, then allowed him to call to his parents briefly and transferred him to a small, windowless solitary cell for two days.

On December 2, police took Jameel J. before the public prosecutor without a lawyer. “Everything [the prosecutor] told me, I just responded yes, yes. I was desperate not to return to the CID because I was afraid they would beat me again,” he said. After confessing he was transferred to the Dry Dock Detention Center.

The three other boys in the case, Ahmad A., Hasan H., and Sayed Hasan Ameen, were summoned to the Fourth Criminal Court in Manama on February 11, 2021, where a judge ordered their arrests. From the court, the children were taken for Covid-19 tests in an Interior Ministry facility in Manama’s Qalaa neighborhood, and then to the CID. Police fingerprinted and photographed the boys, took DNA samples, handcuffed and blindfolded them, and made them wait in a corridor from around 1:30 p.m. to 1:30 a.m.

The boys said police insulted, slapped, and threatened them. “I’m too embarrassed to tell you the insults they said to me,” said Ahmad A., age 17. Hasan H., 16, said, “The first thing, they slapped me, blindfolded and handcuffed me.” He remained handcuffed when “they brought us lunch, and even when I went to the bathroom.” Police did not question them but told them to sign documents that they did not read. “I wasn’t sure what was on the papers,” Hasan H. said.

At 1:30 a.m., they said, they were moved into small isolation cells at the CID. At 4:30 a.m., police handcuffed and transferred the boys by bus to the Dry Dock detention facility, slapping and insulting them. At the jail, Ahmad A. said, “We were made to stand facing the wall, and after about 15 minutes I asked to sit down. An officer said, ‘You think jail is a playground?’ and slapped my head. They cut my hair. I was scared. He threatened to rape my father.” Hasan H. said an officer “said they would rape my mother and father.”

Officials told the boys to strip off their clothes and, for two of them, to put on a loincloth (wizar). One of the boys told us officers told him to strip completely without giving him a wizar, to humiliate him. Police searched them and ordered them to carry mattresses, which they said were damp and dirty, to the same cell where Jameel J. was detained.

The four boys were detained until March 11. Up to nine other children, ages 15 to 17, were in the cell. They went to the prison yard for an hour a day, where they mixed with adult detainees, the boys said. Officials monitored the cell with a CCTV camera, and an official sometimes summoned the boys and hit them for infractions like writing on the cell wall. A guard regularly entered the cell and kicked or stepped on the boys, they said.

In one incident, a guard entered the cell and demanded that two of the children stand up. When one boy “smiled at him,” the guard appeared to interpret it as insolence, and pepper-sprayed them, the boys said. “He said, ‘I will crucify you,’ and he sprayed pepper spray into the cell at two guys, suffocating everyone” in the cell, Hasan H. said.

After about six days, they said, everyone in their cell fell ill, but guards refused them medical care. Ahmad A. said, “I was sick for three or four days, I needed a clinic, I had a fever, a headache, diarrhea, and pain in my body, but they didn’t take me. They didn’t even give me Panadol or test me” for Covid-19, he said. An Egyptian boy in the cell was “very sick, with a headache, fever, stomachache, and we kept knocking at the door” for help, but the guard told them to stop, Sayed Hasan Ameen said.

Ameen, 16, has medical complications from sickle cell anemia, but officials refused to allow him his prescribed medications for eight days. Then “an officer told me to take my medication in front of him,” but it should be taken at specified times so he refused. “He got mad, so he handcuffed me very tightly for two hours,” causing lasting pain. Adult prisoners learned he had medications and “came to the cell to ask for drugs, and offered me money, but I refused,” said Ameen. He was able to keep his medications.

On March 11, the court in Manama convicted Jameel J. on the basis of his coerced confession and fingerprints on a Molotov cocktail, and convicted the other three boys solely on the basis of Jameel J.’s confession. Bahraini criminal laws treat children ages 16 and older as adults, but the court released the boys on six-month suspended sentences, applying a new law not yet in force that defines a child as anyone under 18. The releases followed international news coverage of abuses against other children arrested in the same case.

On March 12, the Interior Ministry ombudsman’s office summoned and interviewed two of the four boys, who said they felt compelled to attend. The boys said officials asked about their police interrogations at the CID but not the abuses in jail. The officials refused the boys’ repeated requests to have lawyers present and to give them copies of their statements, they said.

On March 14, the Ombudsman stated that the boys were not abused during interrogation, and claimed that Sayed Hasan Ameen had received his medication in detention. Bahrain’s Special Investigations Unit also summoned the boys, but they refused to participate due to their “really bad experience with the ombudsman,” Ahmad A. said.

The ombudsman asked Human Rights Watch on March 10 to share the names of other children interviewed who said they were abused in custody. Human Rights Watch declined to ask the children to share their information with an office whose practices children have found distressing and unfair and whose conclusions do not appear credible. The United Nations Committee Against Torture has raised concerns that Bahrain’s ombudsman and Special Investigations Unit are not independent or effective. They have failed to investigate credible allegations of torture or to hold officials accountable.

“When the Bahraini authorities finally released these children, they summoned them for more questioning to whitewash the abuses the children experienced,” said Bill Van Esveld, associate children’s rights director at Human Rights Watch. “Foreign government officials should stop parroting Bahrain’s implausible self-exonerations and instead press for accountability, or more children could be at risk.”