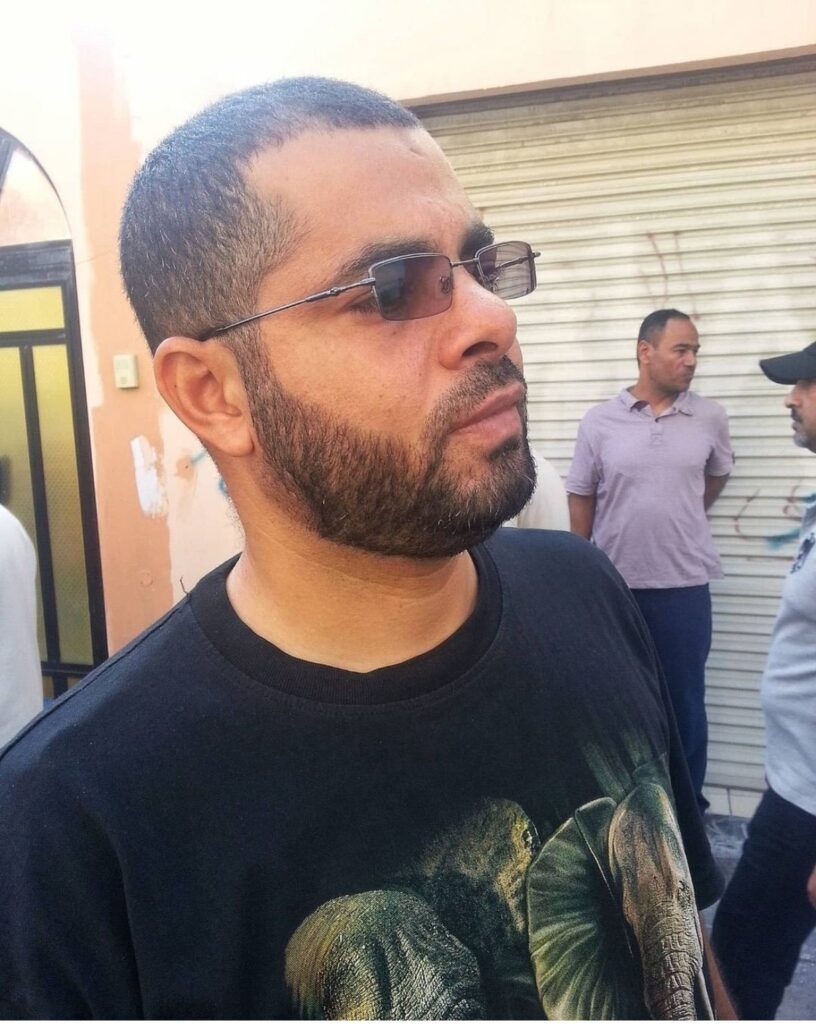 9 June 2021 – A political prisoner has died at an Intensive Care Unit (ICU) at Salmaniya Hospital after contracting Covid-19 at Building 12 of Bahrain’s notorious Jau Prison, despite receiving two doses of the Chinese Sinopharm vaccine, as the country struggles to contain the worst spike in Coronavirus cases since the pandemic began last year, the Bahrain Institute for Rights and Democracy (BIRD) stated today.

Husain Barakat, 48, died in the early hours of 9 June 2021 after testing positive for the coronavirus on 24 May 2021. According to family members who spoke with BIRD yesterday, Husain had already received two doses of the Sinopharm vaccine, but his condition deteriorated following his diagnosis and he was transferred from Jau Prison to Salmaniya hospital, where he was placed on a ventilator in an ICU unit. His death was later announced on social media.

Husain was among 53 individuals handed life sentences on 15 May 2018 after being convicted in a mass trial of 138 defendants for allegedly belonging to a terror cell known as the ‘Zulfiqar Brigades,’ and was also among 115 defendants stripped of his citizenship in the same case. After reviewing the case, the UN Working Group on Arbitrary Detention (WGAD) declared that international standards of a fair trial were not met and that the fair trial violations were “of such gravity” that they constituted an arbitrary deprivation of liberty. Husain’s citizenship was later reinstated by Royal Decree.

Husain’s son, Ali Barakat, is also serving a 22-year-sentence at Jau Prison, after being convicted on political charges in a separate case when he was just 16, according to his mother.

Husain’s death comes as Bahrain struggles to contain an unprecedented rise in coronavirus cases, with the country recording its highest death toll on 1 June since the pandemic began. The spike in cases has undermined a rapid vaccine rollout, compounding concerns that the Chinese-developed Sinopharm vaccine has failed to provide effective resistance to the Coronavirus. As of today, the New York Times has ranked Bahrain as the country with the third highest rise of Covid-19 cases in the past week.

The ongoing outbreak at Jau Prison, the second this year, began on 22 May and has infected an estimated 60% of the 255 political prisoners housed at Building 12. An earlier outbreak in March saw at least 140 inmates infected with the virus. According to figures obtained by BIRD, at least 300 prisoners have recovered from the virus since the beginning of the first outbreak.

Bahrain’s government is facing heavy criticism for failing to heed repeated calls by rights groups and to release political prisoners to reduce the risk of the virus spreading through Bahrain’s prison system. Despite the government ordering the release of a significant number of prisoners last year, political detainees were largely excluded and remain confined in overcrowded buildings where unsanitary conditions prevail. Particular concern has been raised about the aging leaders of the 2011 pro-democracy uprising, including septuagenarian Hassan Mushaima, who suffers serious underlying health conditions placing him at high risk from coronavirus.

Sayed Ahmed Alwadaei, Advocacy Director at the Bahrain Institute for Rights and Democracy (BIRD), commented: “Husain’s death could have been avoided had Bahrain’s government heeded calls to release political prisoners to prevent the spread of the virus. With overcrowded cells, unsanitary conditions and a lack of preventative measures, this catastrophic outbreak is likely to continue; to prevent further tragedies, the government must release vulnerable prisoners, like Hassan Mushaima, who shouldn’t be imprisoned to begin with”

Husain Abdulla, Executive Director at Americans for Democracy and Human Rights in Bahrain (ADHRB) commented: “Following this tragic death, the Biden administration and the UK government must make it clear to their Bahraini allies that holding political opponents as hostages will no longer be tolerated. All those convicted for their peaceful opposition to the government must be immediately and unconditionally released.”