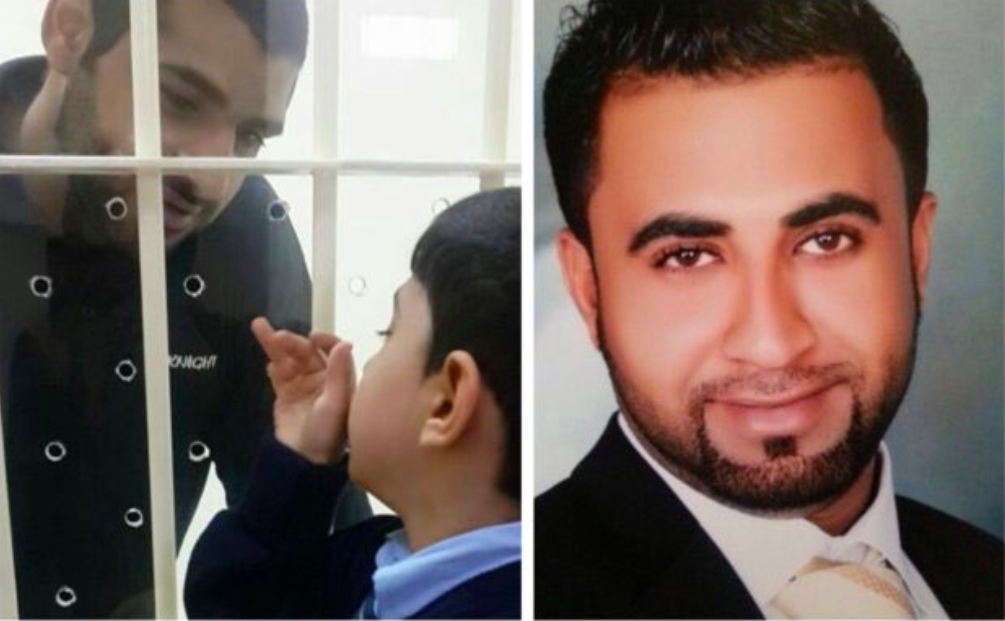 16 June 2021 – The UN Working Group on Arbitrary Detention (WGAD) has declared the detention of two torture survivors facing execution in Bahrain to be “arbitrary” and unlawful and called for their immediate release, compensation and other reparations, citing a range of violations of international law including arrests without warrants, denial of access to lawyers, forced confessions, torture, ill treatment and denial of medical care.

In its decision, the WGAD emphasised the additional “threat” posed to prisoners by the COVID-19 pandemic and urged Bahrain to “take urgent action to ensure [Mohammed and Husain’s] immediate release” from Jau Prison, where an outbreak of coronavirus has infected an estimated 60% of prisoners in one of the buildings. Bahrain is facing growing criticism over the current outbreak – the second since March – after political prisoner Husain Barakat died from the disease on 9 June amid reports of medical negligence by prison authorities.

Mohammed Ramadhan and Husain Moosa were sentenced to death in 2014, but their convictions were overturned after investigations by rights groups uncovered evidence suggesting that Husain’s confession, which was used to convict both men, was coerced under torture. However, despite widespread condemnation from the international community, their death sentences were reinstated in July last year.

Mohammed’s case drew worldwide attention last year after a letter about his experience in prison was sent to Sir Lewis Hamilton ahead of his victory at the 2020 Bahrain Grand Prix. The letter, as well as a picture drawn by Mohammed’s 11-year old son Ahmed, moved the F1 champion to publicly pledge to support the fight for human rights in the country.

BIRD and Reprieve will soon be releasing a new report documenting the dramatic rise in death sentences and executions in Bahrain since an eight-year moratorium on capital punishment was abandoned in 2017. The report will show that the number of death sentences issued in Bahrain has increased by 600% since 2011’s Arab Spring protests, from just seven between 2001 and 2010 to 51 over the following decade. Bahrain has carried out six executions since 2017, with the UN Special Rapporteur on extrajudicial executions declaring five of them to be arbitrary killings.

Reprieve and BIRD are unaware of the UK government making a public call on the Bahraini authorities to set aside Mohammed and Husain’s death sentences, despite the fact that they were confirmed just days after Minister Cleverly’s comments. Despite promising to take a stance on the issue, public statements from the government after the reimposition of their death sentences last year were limited to a tweet by Minister Lord Ahmad of Wimbledon.

The UK government has provided millions of pounds of public money to Bahrain’s oversight bodies since 2012, despite the UN Committee Against Torture deeming them “not independent” and “not effective” at securing justice for victims of torture. Last year, experts at the International Rehabilitation Council for Torture Victims (IRCT) found that investigations into Mohammed and Husain’s torture by the UK-backed Special Investigations Unit (SIU) last year “fail[ed] to meet the minimum professional standards and minimum international legal standards” and should be considered “critically flawed.” The WGAD decision published today “reiterates concerns previously raised about the SIU’s independence and effectiveness”.

Sayed Ahmed Alwadaei, Director at the Bahrain Institute for Rights and Democracy, commented: “While Mohammed and Husain have exhausted legal remedies and remain at risk of imminent execution, this UN decision gives vital recognition to the grave abuses they were subjected to and makes a powerful call for their immediate release. It should also shame Bahrain’s UK allies, who have persistently turned a blind eye to their plight in the name of political expediency.”

Zainab Ebrahim, Wife of Mohammed Ramadhan, commented: “Our ordeal over the last seven years has destroyed our faith in Bahrain’s broken justice system, but this decision gives us hope. My children have had to grow up without a father; I hope this verdict will compel the government to let Mohammed return home to our family.”

Harriet McCulloch, Deputy Director at Reprieve commented: “Mohammed and Husain’s cases are sadly representative of a malign pattern of abuse within the criminal justice system in Bahrain. This makes the escalating death penalty crisis in Bahrain even more concerning. Mohammed and Husain face execution at any time without warning, along with at least 24 other people.

Rather than condemning Bahraini human rights abuses, the UK has celebrated the ‘notable progress’ made by Bahrain. As well as pushing for the release of Mohammed and Husain, the UK government should freeze all assistance to Bahraini security and justice bodies that are rubber-stamping torture and the death penalty, until such time as independent international experts verify these bodies are fit for purpose.”

The WGAD makes the following statements in their decision: