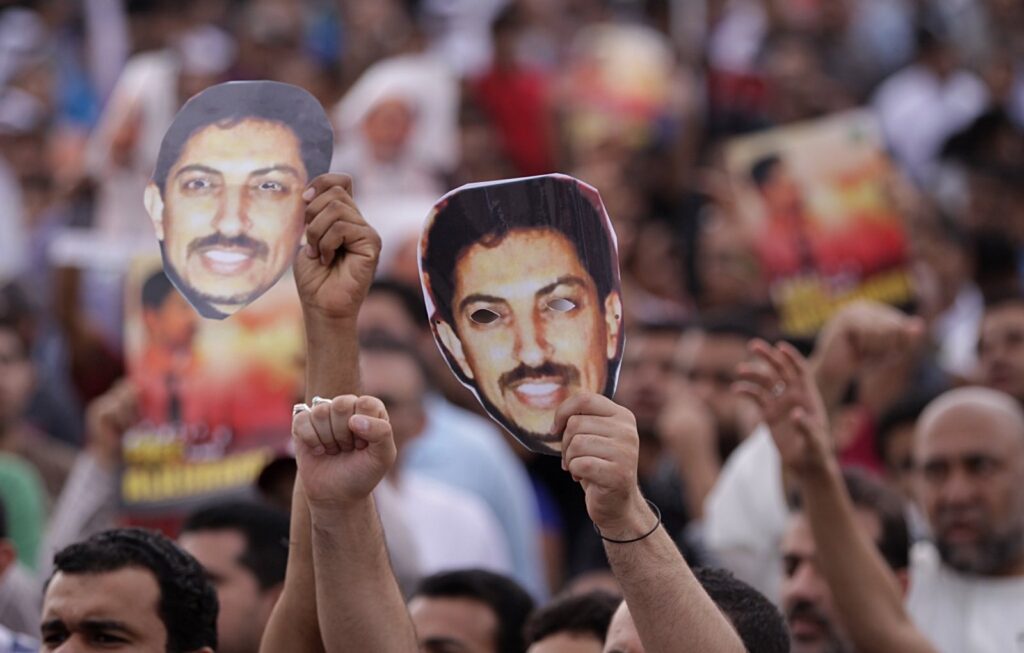 On 15 December 2022, the EU Parliament overwhelmingly adopted an urgent resolution on Bahrain calling for the immediate and unconditional release of Danish-Bahraini citizen Abdul-Hadi Al-Khawaja, prisoners of conscience, and death row inmates in Bahrain as well as the end of the use of the death penalty.

The resolution was adopted by 316 votes in favour, 6 against with 38 abstentions [EU Parliament Press Release].

The passing of the resolution came despite serious attempts by the Embassy of Bahrain in Brussels to influence MEPs by smearing Al-Khawaja and sharing private and confidential information about him.

Less than half of the EU Parliament members took part in the vote after the EPP group -largest political party in the EU Parliament- instructed their MEPs not to vote for any EU urgency resolution.

Calls of the Resolution

The resolution calls on Bahrain to:

Renew MEP Karen Melchior introduced an amendment which passed through: “15.  Condemns in the strongest terms any undue influence on the work of the European Parliament, whether directly by foreign countries or indirectly through Government-controlled-NGOs; urges all EU institutions to further strengthen the transparency registry by introducing more stringent rules, and to establish an independent ethics committee for all EU institutions; recalls the recommendations of the INGE report adopted on 9 March 2022 on how to strengthen the EU’s response to foreign interference into the EU’s democratic process; calls on the EEAS to produce a study into the prevalence and influence of malicious state actors in European institutions, think tanks, universities, religious organisations and media institutions;”

Maryam Al-Khawaja, prominent human rights defender and daughter of Abdul-Hadi Al-Khawaja commented: “I welcome this resolution calling for my father’s release and shedding light on the continued human rights violations in Bahrain. My father has been in prison for almost 12 years after being brutally tortured, because he dedicated his life to defending human rights. He should have never spent a day in prison. The Embassy of Bahrain in Brussels threw in its full weight in attempting to put a stop to this resolution, including by smearing my father, but failed. At a time when there is a corruption scandal involving another Gulf State, these MEPs who worked on and passed this resolution showcased the side of the European Parliament that upholds integrity and human rights values.”

Sayed Ahmed Alwadaei, Director of the Bahrain Institute for Rights and Democracy, commented: “This is a landmark victory for Abdul-Hadi Al-Khawaja, Bahraini political prisoners and all those who advocate for human rights in Bahrain. Despite an attempt from EPP party MEPs to block this resolution and to smear Al-Khawaja, one of Bahrain’s most prominent human rights defenders, the resolution has passed. It is clear as day that Gulf states have found ways to influence the EU parliament by bribing politicians and rewarding them with lavish trips to the country. This must trigger a full inquiry into how corrupt Gulf regimes are able to influence EU institutions.”

Negotiations on the Resolution

The EU Commissioner, Stella Kyriakides, responded: “The most recent dialogue held on October 27 in Manama provided further opportunity to discuss pertinent issues of concern with Bahraini authorities.” She added: “On that occasion, the EU emphasised rule of law as a foundation for our engagement with partner countries. We have also inquired about the conditions in prisons urging Bahrain to seriously investigate any torture allegations and violations of the right to a fair trial as well as to extend an amnesty to all currently on death row. The meeting also allowed raising individual cases including the one of Al-Khawaja.”

Abdul-Hadi Al-Khawaja is a prominent human rights defender and Danish-Bahraini citizen  who was detained in 2011 in Bahrain after leading peaceful protests calling for fundamental  freedoms and rights in Bahrain. Almost 12 years later, he remains at Jau Prison facing dire  prison conditions and systematic denial of medical treatment.

In November 2011, the Bahrain Independent Commission of Inquiry documented in a report  that Al-Khawaja was subjected to torture and sexually assaulted by security forces in 2011,  stating that “Immediately after the arrest, the detainee received a hard blow to the side of his  face, which broke his jaw”, “Security personnel in the hospital threatened him with sexual  abuse and execution” and threatened his family, and “spent two months in solitary  confinement in a small cell measuring approximately 2.5m x 2m” and that “masked guards”  beat him “routinely” and sexually assaulted him, amongst other serious violation.