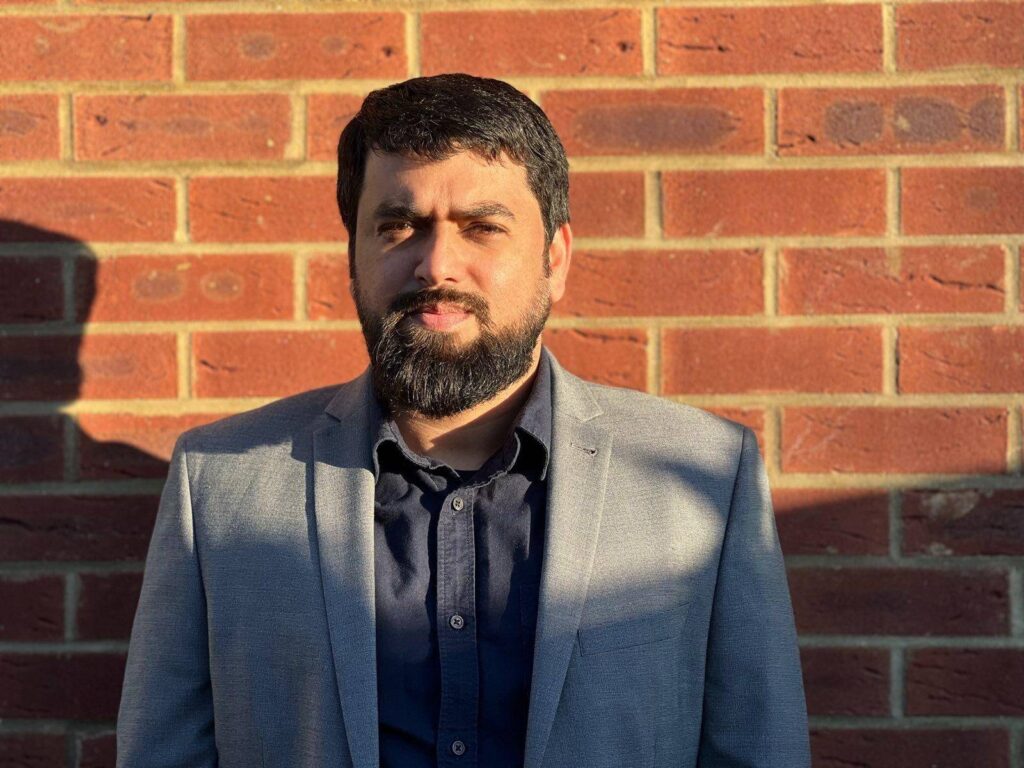 Yusuf Al-Jamri, London-based Bahraini activist and prominent blogger has taken the first steps in starting legal action for the hacking of his iPhone by the Bahraini government using Pegasus spyware. Letters before claim were sent to the Bahraini Embassy in London and to NSO Group.

Yusuf Al-Jamri uses his social media as a platform to raise awareness about human rights and political status in Bahrain.  He has gained a following and prominence as a credible source of information. Yusuf currently has over 53.7K followers on Twitter.

At the age of 16, Yusuf was detained and subject to torture at the hands of the Bahraini authorities. After the Arab Spring in 2011, Yusuf became politically active and participated in pro-democracy protests in the country.

In August 2017, Yusuf was summoned, detained and tortured three times by the Bahraini National Security Agency headed at the time by Sheikh Talal Al-Khalifa. He was blindfolded, insulted, beaten up, tortured, sexually assaulted and threatened with rape. Yusuf arrived in the UK in October 2017 to claim asylum. In March 2018, he was granted political asylum by the UK Home Office. Since arriving in the UK in 2017, he has never travelled abroad.

Yusuf’s iPhone was infiltrated in August 2019, when he was in England. Around that time, he had been tweeting about an incident which occurred on 26 July 2019, in which police had to forcibly gain entry to the Embassy of Bahrain in London in order to save a protestor, Moosa Mohammed (another past victim of spyware targeting by Bahrain), who had climbed on to the roof and was allegedly assaulted by embassy staff. The protest was to try to prevent two high-profile executions due to take place in Bahrain, against which there was widespread outcry from international human rights organisations, along with dissidents and activists, including Yusuf. Yusuf was streaming coverage of the protest on his Twitter account, some of which had over 160,000 viewers. Between 26 and 28 July 2019, Yusuf’s Twitter account had over 2 million viewers of his coverage of the events surrounding these executions. Just over one week later, his iPhone was infected by Pegasus spyware.

Yusuf Al-Jamri commented: “Since I was a child, I was subjected to psychological and physical torture at the hands of Bahraini officials. After my last torture experience in 2017, where I had my family members threatened with rape, I knew I could no longer stay in the country and so I left to seek asylum in the UK.

I can’t express the pain I felt when I discovered that the Bahraini government had hacked my mobile phone. I couldn’t bear the guilt of knowing that the people I had contacted could have been placed in harm’s way due to the regime’s surveillance of my iPhone. I hold King Hamad of Bahrain responsible for this malicious act and for the torture I was put through by his agents. The Bahraini regime would not be able to commit this crime and violate my privacy without the tools provided to them by the NSO Group. I am determined to hold them both accountable so that I can protect myself and prevent others from suffering the same fate.”

“I lived my last few weeks in Bahrain in 2017 under terror. The National Security Agency was headed by a member of the ruling family, Talal AlKhalifa, and his agents made it clear to me that no one could stop them and that they could destroy my life and those who are close to me. I was living in fear that they might take me for more brutal interrogation and torture at any moment. My life in Bahrain was in real danger, I took the earliest opportunity to leave the country with my family through King Fahd Causeway, then to Kuwait and from there to the UK where I claimed asylum.

It was not a light decision to take, I was a civil servant in Bahrain and I was surrounded by a loving family; all of this was gone and I had to start a new life in the UK.

The UK authorities granted me asylum and this gave me a real sense of safety. I thought the Bahraini authorities would not harm me further, until they hacked my iPhone.”

Sayed Ahmed Alwadaei, Director of Advocacy at the Bahrain Institute for Rights and Democracy (BIRD), commented: “Yusuf has undertaken a heroic action by taking on both the Bahraini government and NSO Group and starting the process of launching a lawsuit against them, despite the grave risk of reprisals for himself and those close to him. It is the right decision to take. While there is a precedent set by UK courts which gives individuals the right to sue states for hacking their devices, the case against NSO Group is yet to be tested.”

Monika Sobiecki, Partner of Bindmans LLP, commented: “We all have the right to feel safe in our homes and in our adopted countries.

Yusuf’s case is important because it seeks to uncover how the long arm of authoritarian governments, such as in the Kingdom of Bahrain, operate to continue the abuse of activists beyond their borders using new technologies.

The complacency of world governments in failing to reign in or even regulate intrusive surveillance spyware, in the face of the evidence emerging from Pegasus spyware litigation globally, is deeply concerning.”

Summary of the claim

Lastly, the claim argues that this damage to or loss of tangible property, personal injury, and other unlawful acts, were caused by acts or omissions in the United Kingdom, meaning that Bahrain is not immune, see section 5 of the State Immunity Act 1978 (“SIA”) and the recent decision of Mr Justice Julian Knowles in Al-Masarir v Kingdom of Saudi Arabia [2022] EWHC 2199 (QB).

The claimant is represented by Monika Sobiecki, Tamsin Allen, Tayab Ali, and Bartosz Kruk of Bindmans LLP, together with Siobhán Allen and Dearbhla Minogue of GLAN.

The Bahrain Institute for Rights and Democracy (BIRD) has closely advised Yusuf and has been his first point of contact. BIRD documented the abuses he faced in Bahrain since 2017 and supported him after his arrival to the UK, including in making this legal challenge.

Read more on this story:

Forbes: Bahrain Latest Country To Be Hit By Legal Action Over Cell Phone Spyware In UK