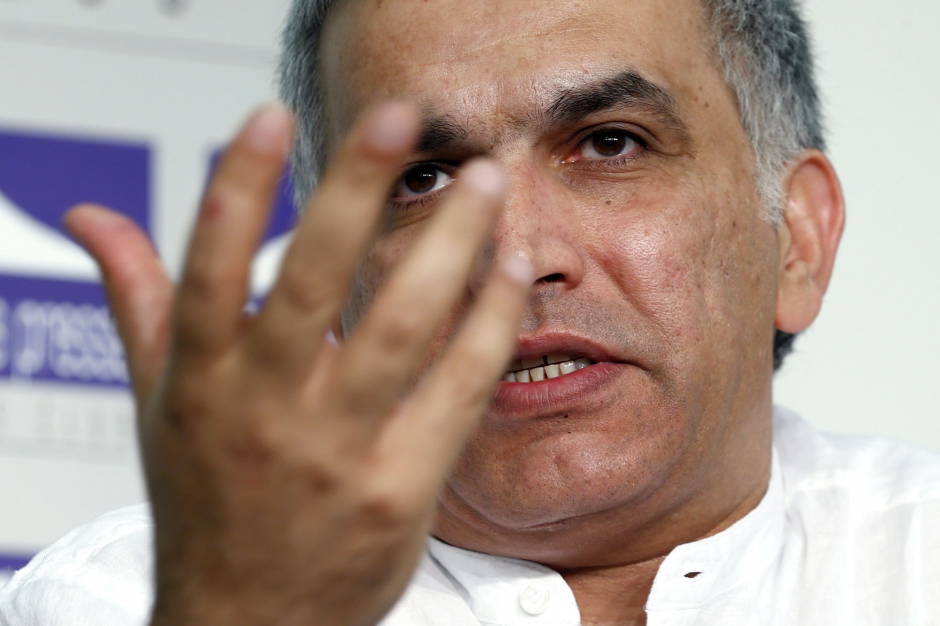 30 October 2014 – A Bahraini court has ruled that Nabeel Rajab will face criminal charges stemming from a single tweet in which both the Ministry of Interior and the Ministry of Defense allege that he “denigrated government institutions.” The court postponed the trial until Sunday, 2 November. If convicted, Mr. Rajab could face up to six years in prison.

Americans for Democracy & Human Rights in Bahrain (ADHRB), the Bahrain Center for Human Rights (BCHR), the Bahrain Institute for Rights and Democracy (BIRD), and Index on Censorship condemn the criminal prosecution brought against Mr. Rajab, denounce his continued detention on charges related to his right to free speech and call for his immediate and unconditional release.

Mr. Rajab, President of BCHR and Co-Director of the Gulf Center for Human Rights (GCHR), was summoned to the Cyber Crimes Unit of the Central Investigations Directorate’s (CID) for interrogation and promptly arrested on 1 October after spending months advocating for human rights in Bahrain throughout Europe. After 19 days in pre-trial detention, Mr. Rajab appeared in front of a judge on 19 October, where the court postponed his trial until 29 October and denied him release on bail.

The international community has been outspoken in condemning the arrest of Mr. Rajab and calling for his immediate and unconditional release. The United Nationscalled his detention “chilling” and argued that it sends a “disturbing message.” The governments of the United States, Norway, France, and Ireland, as well as the President of the European Parliament, United States Ambassador Samantha Power, United States Congressman James McGovern, 13 members of the UK Parliament, and 40 members of the European Parliament also called for Mr. Rajab’s release. While the UK government claims to be following the situation closely, it has yet to call for Mr. Rajab’s release.

This is not the first time Mr. Rajab has faced arbitrary detention. From July 2012 to May 2014, he was detained after calling for and participating in peaceful protests in Bahrain’s capital of Manama. Mr. Rajab was also previously sentenced to 3 months’ imprisonment for allegedly defaming citizens of Muharraq via Twitter. Despite his eventual acquittal by the Court of Appeal, Mr. Rajab served most of his sentence.

We, the undersigned human rights organizations, call on the United States, the United Kingdom, the European Union, and other national and international bodies to actively engage the Government of Bahrain to: