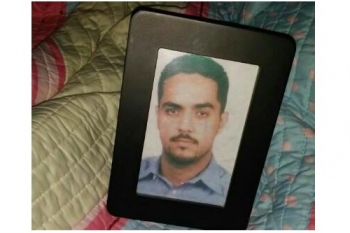 On 6 November 2014, 36 year-old Hasan Majeed al-Shaikh was found dead at Bahrain’s Jaw prison. Americans for Democracy & Human Rights in Bahrain (ADHRB), the Bahrain Center for Human Rights (BCHR) and the Bahrain Institute for Rights and Democracy (BIRD) express grave concern over al-Shaikh’s death and urge an immediate and impartial investigation into the circumstances of his treatment in government custody.

Al-Shaikh was serving a ten-year prison sentence for drug-related charges. He had been placed in solitary confinement for being in possession of a mobile phone. On 5 November, al-Shaikh was briefly removed from solitary confinement, only to be returned in the evening after reportedly being physically abused. Prisoners reported hearing screams from al-Shaikh’s prison cell several hours before prison guards removed his body. Interlocutors within the prison also report that several other individuals were beaten in connection with his death. The Director-General of the Criminal Investigation and Forensic Science departments announced al-Shaikh’s death and mentioned that it may have occurred under dubious circumstances.

Al-Shaikh’s family visited the morgue on the evening of 6 November, where they were allowed to see the body. The family confirmed the presence of bruises and wounds on al-Shaikh’s head and face. Al-Shaikh’s skull and jaw appeared to be broken, and were told that his kidneys had ruptured. His family was not allowed to take photos of the body and has yet to receive the autopsy report. BCHR was able to examine photos taken before al-Shaikh’s burial to confirm the physical abuse.

Al-Shaik’s family has received multiple calls from inmates who claim to have witnessed the incident. Inmates reported that Bassim Jassim al-Abbad, Recovery Program Manager and Instructor of Awareness Seminars, had been involved in the mistreatment of al-Shaikh. The Special Investigations Unit reported that an instructor, an officer, and a policeman from the Drugs Combat Unit of the Criminal Investigation Department (CID), are under investigation for alleged involvement in al-Shaikh’s death.

This is not the first time a prisoner has been killed by ill-treatment or torture in detention. The Bahrain Independent Commission of Inquiry Five documented five similar cases in 2011. The prison guards tried in relation to the killings received brief prison sentences. However, the aforementioned organisations have been unable to confirm if the prisons guards spent any time behind bars.

The Drugs Combat Unit at the CID is led by Lt. Colonel Mubarak Huwail, who has been widely accused of abusing prisoners. Huwail’s acquittal of such charges in 2013 drew commendation when a video surfaced in which the Prime Minister told Huwail that he was above the law. According to al-Shaikh’s family, Lt. Colonel Huwail had previously told al-Shaikh that he would never leave prison alive.

ADHRB, BCHR, and BIRD believe that Hasan al-Shaikh is a victim of extrajudicial killing, made possible by a culture of impunity that protects those responsible for ill-treatment and torture from prosecution.

The aforementioned organizations call on Bahrain’s allies to ensure that the Government of Bahrain: