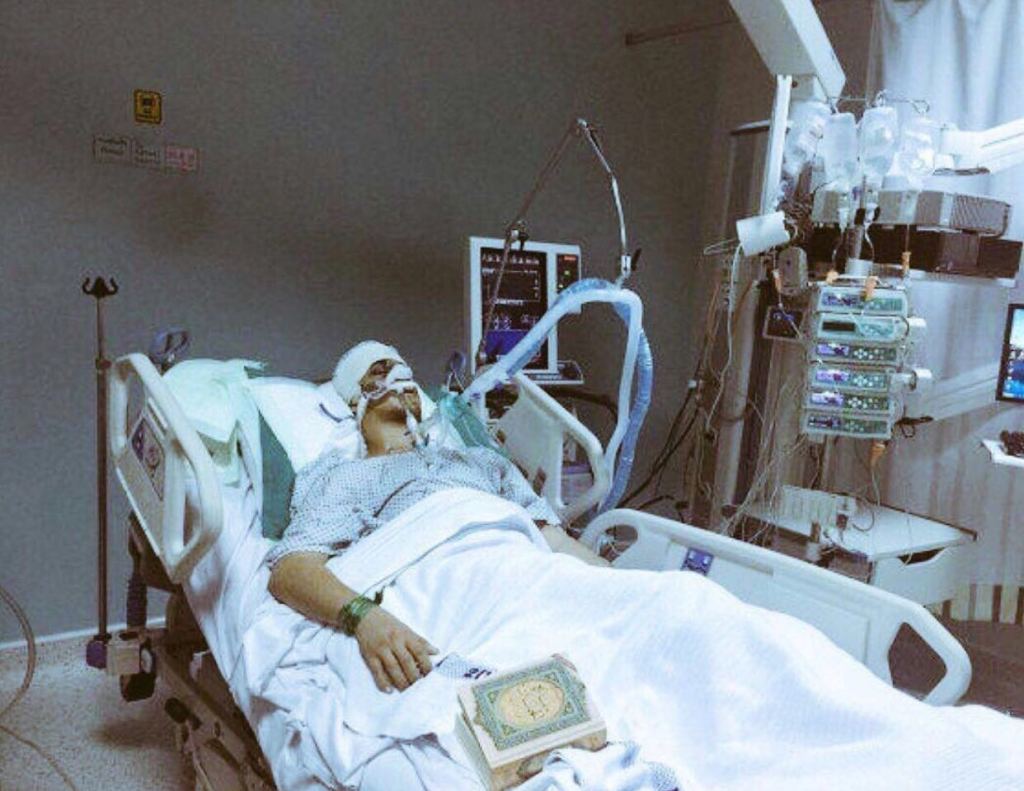 24 March 2017 – Mustafa Hamdan, 18, died this morning at the Salmaniya Medical Complex, two months after security forces shot him in head and rendered him comatose. We, the undersigned, consider Hamdan’s death an extrajudicial killing by the Bahraini Government. We condemn state violence employed against peaceful protesters, the denial of medical care, and a systemic  culture of impunity within Bahrain’s security forces, which has seen no one held accountable for Hamdan’s shooting.

Hamdan was shot on 26 January, when security forces attacked demonstrators at a peaceful sit-in in Duraz village in the middle of the night. Masked, plainclothes security forces shot Hamdan in the back of the head at a protest with live ammunition. He later succumbed to this wound.

The undersigned spoke to a witness who was meters away from Hamdan when police shot him. The witness states that he was shot by plain-clothed officers from a distance of approximately fifty meters. The witness also reported that there was a large police presence that night, including approximately nine civilian cars with plainclothes officers armed with shotguns loaded with birdshot pellet, pistols and live-ammunition rifles.

According to the same witness, the authorities arrested three people in Duraz that night and took them to the Criminal Investigation Unit (CID) where they were detained for several days. The three individuals were later released. According to our sources, the authorities also arrested one of the medics onsite; he is reportedly still detained. The undersigned were unable to speak to the arrested individuals.

Sayed Ahmed Alwadaei, Director of Advocacy, BIRD: “Mustafa was unquestionably killed at the hands of Bahrain’s security forces. Their reckless shooting at protesters is the action of violent gangsters, not a responsible state. Now he is dead, and the Government of Bahrain is too cowardly to even acknowledge their responsibility, fostering a continued culture of impunity.”

Hamdan was denied the immediate emergency medical care he needed to survive. A resident of Duraz rushed Hamdan to the Bahrain International Hospital. The hospital refused to admit him without a Ministry of Interior (MOI) official present. Sources in the medical field report that the authorities require an MOI official to be present when patients present with injuries that could be sustained during a protest. When the people with Hamdan requested an ambulance take him to the public Salmaniya Medical Complex, this too was refused. Hamdan’s brother arrived and took him to Salmaniya, where 35 members of the security forces and Hamdan’s mother were waiting for them. Hamdan’s mother was reportedly intimidated by the security forces. A medic at Salmaniya told the undersigned there was a “massive” number of security force personnel waiting at the hospital.

Hamdan was finally accepted at Salmaniya Medical Complex, having suffered a skull fracture, concussion and internal bleeding from the shooting. Hamdan has been in a comatose state since the shooting.

The Government of Bahrain has released no statements about Mustafa Hamdan’s shooting. No branch of the security forces has accepted responsibility or faced public investigation. It is suspected that Bahrain’s National Security Agency (NSA), its domestic intelligence agency, was involved in the attack. The government restored the NSA’s law enforcement powers weeks before Hamdan’s shooting. These powers had previously been stripped in 2011, after the NSA conducted mass arrests and tortured detainees, leading to the death of one person in their custody. The government’s decision to re-empower the NSA also walks back one of the only recommendations of the Bahrain Independent Commission of Inquiry (BICI) that had been fully implemented.

Husain Abdulla, Executive Director, Americans for Democracy & Human Rights in Bahrain (ADHRB): “This violent attack on a peaceful gathering – just weeks after the authorities decided to reinstate law enforcement powers for the NSA – is further incontrovertible evidence the Bahraini government is abandoning the reform program inaugurated by the BICI. Mustafa Hamdan is now another tragic, needless sacrifice to the government’s continued failure to institute even basic human rights protections recommended by countless independent institutions – from the BICI to the UN.”

The people who shot Hamdan belonged to the security forces. Bahrain’s public security forces have at times operated in plain clothes for  years, and the ammunition used that night – including birdshot pellets – are hallmarks of the Bahraini security forces. Bahrain’s National Institute for Human Rights (NIHR) issued a statement on 30 January acknowledging the head injury of Mustafa Hamdan but blamed the violence of “two groups of masked men exchanging rockets and fires shooting” without reference to the security forces. The NIHR failed to launch an investigation into the shooting. The NIHR’s membership is royally appointed and the institute consistently absolves the Bahraini government of blame of human rights violations, and is not considered independent by NGOs.

The village of Duraz has been subjected to a police blockade since June 2016, when authorities rendered stateless Sheikh Isa Qassim, the most senior Shia cleric in Bahrain. Qassim’s home in Duraz has been the site of a peaceful sit-in since that time. Police have blocked off nearly all entrances to the village and established checkpoints at the remaining two, excessively restricting the right to freedom of movement of Duraz’s residents, business owners and visitors.

Mustafa Hamdan was the victim of excessive use of force at a peaceful demonstration. His right to life and freedom of assembly, as protected under articles 6 and 21 of the International Covenant on Civil and Political Rights, which Bahrain acceded to in 2006, were violated by the Bahraini security forces. The Government of Bahrain infringed upon Hamdan’s right to health when they did not allow prompt medical care for his injury without MOI officials present at the Bahrain International Hospital.

We, the undersigned, are appalled by the extrajudicial killing of Mustafa Hamdan. We call for an independent investigation into his death and denial of medical care at Bahrain International Hospital, as well as for all responsible parties to be held accountable. We further call on Bahrain to allow the UN Special Rapporteur on extrajudicial, summary, or arbitrary executions  to visit the country.