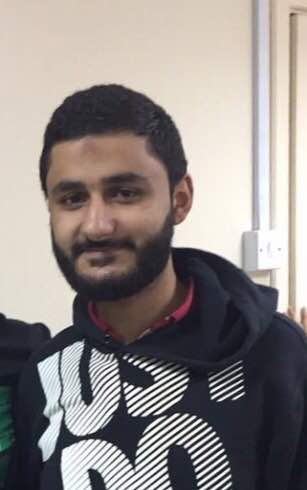 21 September 2017 – A discriminatory law on nationality was today used by the Bahraini Government to expel a 20 year old in a series of reprisals against his family.

Hussein Abalqassem, 20, was expelled from Bahrain today, in the latest reprisal against the extended Al-Fakhrawi family. Hussein is one of four brothers who have been subject to reprisals by the Government of Bahrain. Their uncle, Karim Al-Fakhrawi, was tortured to death by the National Security Agency (NSA) in 2011.

Sayed Ahmed Alwadaei, Director of Advocacy, Bahrain Institute for Rights and Democracy: “The government is deliberately targeting the entire family of Karim Fakhrawi, who was tortured to death in the custody of the National Security Agency. Hussein Abalqassem is someone who should have been born with Bahraini nationality and allowed to live his life freely. He has been punished twice: for being born into a family the Bahraini regime has targeted for reprisals, and by the grotesque law barring mothers from passing on their nationality to their children. This discriminatory law must be quashed.”

Karim Al-Fakhrawi: Torture in the NSA

Systematic torture by the NSA in 2011 was recorded by the Bahrain Independent Commission of Inquiry (BICI) and led to the stripping of their powers. In April 2011, businessman Karim Al-Fakhrawi was tortured to death in NSA custody. Al-Fakhrawi was a co-founder of Bahrain’s only independent newspaper, Al-Wasat, which was arbitrarily and indefinitely suspended in June 2017.

The BICI’s findings led to the prosecution of two NSA officers for Al-Fakhrawi’s killing. However, prosecutors sought assault convictions rather than murder or torture convictions. In a 2014 investigation, Human Rights Watch found that the overwhelming evidence indicated “the defendants beat Fakhrawi in a sustained and purposeful manner, while taking no steps to address his obviously grave physical condition thereafter. The court did not even attempt to address these undisputed facts in offering its conclusion that the defendants intended only to assault Fakhrawi.” The two NSA officers were sentenced to seven-year sentences for assault, later reduced to three-year sentences by an appeals court.

The BICI’s findings and Al-Fakhrawi’s killing resulted in the Government of Bahrain stripping the NSA of law enforcement powers in November 2011.

But the NSA was re-granted powers of arrest in January 2017. Since then, the agency has pursued reprisals against human rights defenders and activists. Human rights defender Ebtisam Al-Sayegh was tortured and sexually assaulted at NSA headquarters in Muharraq in May 2017. NSA agents used threats in attempt to make her cease her human rights work. When she did not, NSA agents arrested her in July 2014; she has been charged under the anti-terrorism law.

The inability of mothers to pass on their nationality to their children is a long-standing issue within Bahrain’s Nationality Law. The UN Committee on the Elimination of Discrimination Against Women has raised concern over this law and the government’s lethargy on amending this discriminatory law.

Bahrain’s nationality law is in violation of the UN Convention on the Elimination of All Forms of Discrimination Against Women, Article 9.2 of which states “States Parties shall grant women equal rights with men with respect to the nationality of their children.”