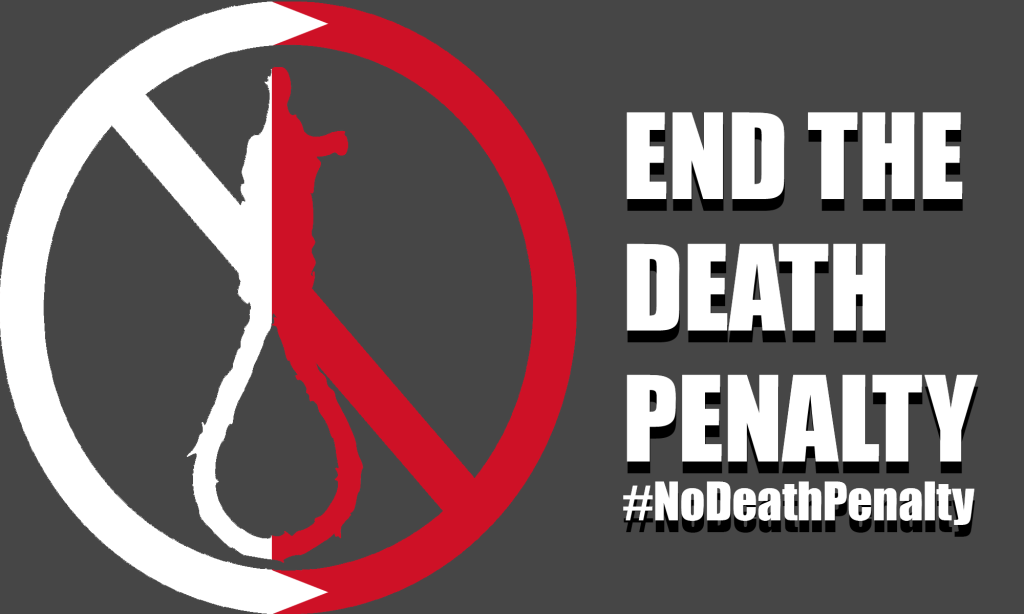 10 October 2017 – The Bahrain Institute for Rights and Democracy (BIRD) condemns the rise in the use of executions in the Gulf, four decades on from the creation of the world’s first international manifesto to end the death penalty.

Saudi Arabia was among the four countries in which 87% of the world’s executions took place in 2016. For many of these death sentences, proceedings did not meet international fair trial standards and often used torture or other ill-treatment to extract “confessions”. Saudi Arabia executed at least 154 people last year, maintaining the high level (157) set in 2015 which was the most recorded for the country since 1995. This month Saudi Arabia carried out its 100th execution of 2017, marking five executions on average each week according to Amnesty International.

In Bahrain, authorities executed three citizens in January 2017, the first death sentences to be carried out in Bahrain since 2010. There are currently 16 people on death row in Bahrain, the highest number in years. Of them, 13 are Bahrainis sentenced in political cases, eight of them sentenced in 2017 alone. At least two individuals were sentenced in absentia. With a total of nine death sentences, 2017 holds the dubious distinction of being the year in which the most death sentences were handed down since 2011. Among those on death row are Mohammed Ramadan and Husain Moosa, two Bahrainis who were arrested, brutally tortured and sentenced to death in unfair trials. They have exhausted all legal appeals and face imminent execution.

The death penalty cases have exposed the inadequacy and lack of impartiality in the Bahraini government rights mechanisms. The Police Ombudsman failed to investigate the torture of Mohammed Ramadan for two years, paving the way for his sentence based on a coerced confession. Despite reopening his case for investigation following and passing on investigations to the state’s Special Investigation Unit last last year, Ramadan and his lawyers have been given no information on the outcome of investigations. Meanwhile, the government’s National Institute for Human Rights praised the January 2017 executions as in line with international standards, a claim contradicted by the UN’s own condemnation.

Ali Al-Singace, 21, Abbas Al-Samea, 27, and Sami Mushaima, 42, were executed unlawfully on 15 January 2017. They were torture victims convicted based on coerced confessions and denied fair trials. The Office of the High Commissioner for Human Rights called the execution appalling, and the UN Special Rapporteur on extrajudicial killings named the execution illegal.

Ali, Abbas and Sami were convicted of planning a bombing which killed police officers in 2014. They were arrested, brutally tortured into confessing, and denied access to lawyers. The criminal and appeals courts dismissed their defence, relying entirely on the coerced confessions. The UN Committee Against Torture has expressed grave concerns that the executions “were based on confessions obtained under torture, and the fact that the reports were not properly investigated by the competent authorities”

Continue reading about their unfair trial and illegal execution.

Mohammed Ramadan and Husain Moosa were arrested in 2014 and sentenced to death for alleged roles in a February 2014 bombing incident which killed police officer. Husain, who was arrested first, was tortured into signing a confession which named Mohammed as a co-conspirator. Mohammed was subsequently arrested, tortured, and coerced to confess to the same charges. They were sentenced to death in December 2014, and the Court of Cassation – Bahrain’s highest court of appeals – upheld their sentenced in 2015.

Mohammed’s torture was documented by NGOs, who submitted a complaint to the Police Ombudsman in 2014, prior to their sentence. The Ombudsman ignored the complaint for two years, not opening an investigation until 2016, by which point Mohammed and Husain had exhausted all legal appeals. In doing so, the Ombudsman wholly failed to protect these victims of torture. In February 2017, the European Parliament condemned the death penalty in Bahrain and calls for a halt on the executions. The UN Committee Against Torture has called for a retrial of Mohammed and Husain in light of their torture.

Continue reading about the case.

One of Saudi Arabia’s most infamous mass executions took place in January 2016, when 47 people were put to death on a single day by beheading and firing squad. Among those killed was a prominent pro-democracy critic, Sheikh Nimr al-Nimr. The reformist cleric’s nephew, Ali al-Nimr, has been on death row since the age of 17.

Ali, now in his early 20s, faces beheading and crucifixion for having protested in the Arab Spring as a teenager. His charges include explaining how to give first aid to protesters and inviting people to the anti-government demonstrations. According to Reprieve, Ali was arrested in 2012 without a warrant, then held in pretrial detention for two years – unable to contact his lawyer. A confession extracted under torture was the only evidence against him and his final appeal was held in secret, unknown to him.

Saudi Arabia: 14 Men to Be Beheaded for Protests
Another 14 men are also facing imminent beheading for involvement in anti-government protests. As in Ali’s case, the individuals were subjected to prolonged pre-trial detention and torture during their interrogation to extract their ‘confessions’. The detainees, who include a student and a disabled man, were sentenced to death in June 2016 after a hugely unfair mass trial.

The student, Um Mujtaba, was 17 when he took part in Arab Spring protests and was arrested when he was about to board a flight to begin university in the US. The teenager was accused of ‘supervising’ a Facebook group and ‘photographing the demonstrations’. Amnesty has a petition to call on the Saudi authorities to release all 14 prisoners.