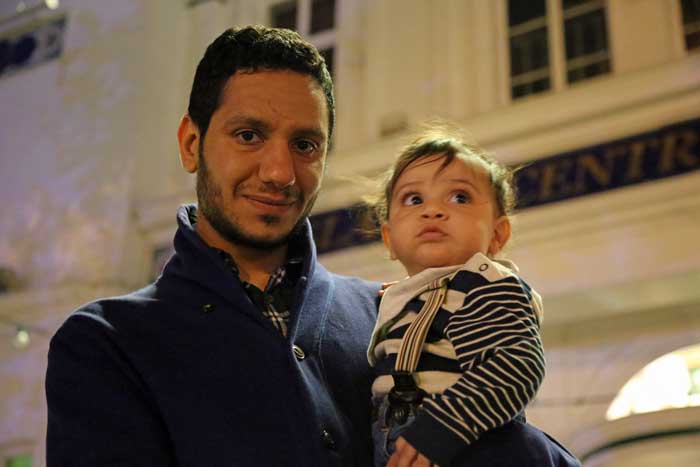 21 March 2018 – Today, a Bahraini Criminal Court convicted and sentenced Duaa Alwadaei to two months in prison for allegedly insulting a public officer. Duaa was sentenced in absentia after exposing her ill-treatment committed by Bahraini security forces at the Bahrain International Airport in October 2016, which Human Rights Watch described as “terrorizing”.

Duaa’s conviction falls on Mother’s Day in Bahrain and represents the latest escalation in the reprisals against the human rights advocacy of her husband, Sayed Ahmed Alwadaei, who is the Director of the UK-based Bahrain Institute for Rights and Democracy (BIRD).

Duaa did not receive any formal notification of the charges against her until her conviction. It was assumed that her charges relate to Duaa’s detention and interrogation at the airport in October 2016, following Sayed Ahmed’s participation in a protest in London.

The following day, Duaa told Human Rights Watch that during her interrogation, she was physically mistreated, repeatedly insulted and warned that her family would be imprisoned if she exposed her ill-treatment and her husband’s activities continued. She had been  warned “not to speak out” about the incident, having been threatened with further police interrogations and fabricated criminal charges that could lead to a three-year imprisonment upon conviction. Eventually, Duaa’s tormentors carried out their threats.

Duaa’s then 18-month old son was present throughout the ordeal. He was forcibly separated from his mother and only reunited with her when Duaa’s interrogation began. Duaa told Human Rights Watch that her son was visibly “terrified” during the interrogation.

Commenting, Sayed Ahmed Alwadaei, Director of Advocacy at BIRD said: “By coming after my loved ones to silence me, the Bahraini government has sunk to an all time low. Bahrain’s allies in Washington D.C. and London must condemn this cowardly attempt to muzzle my activism.”

Duaa’s trial was entirely held in absentia because she resides in London. Since lawyers can only be hired through particular channels in Bahrain, the Bahraini Embassy in London is best placed to give power of attorney to a designated lawyer. However, this option has not been pursued due to the recent involvement of the Embassy in the conviction of her family. However, a representative from the British Embassy in Manama attended the hearing today.

Duaa’s mother, Hajer Mansoor Hassan, is currently serving a three-year sentence at Isa Town Prison following a conviction based on a coerced confession. Hajer began a hunger strike yesterday in protest against the ill-treatment of political prisoners by prison officials.

The incident to which Duaa’s charges relate occurred on 26 October 2016. Following Sayed Ahmed’s participation in a protest against the King of Bahrain’s meeting with Prime Minister Theresa May in London, Duaa was detained at Bahrain International Airport for several hours. Here, she was physically mistreated, threatened with criminal charges, and repeatedly insulted. The official also presented Duaa with a travel ban, thereby preventing her return to London.

Duaa Alwadaei told Human Rights Watch in October that a senior official had referred to her husband as “an animal” and asked, menacingly during an interrogation at Bahrain airport, “Where shall I go first, shall I go to his family or your family?” She said that the officer, who appeared to be a senior official, told her: “Deliver this message to your husband – I will get him,” as she left the interrogation.

Since Duaa’s son is a US citizen, the US Embassy in Manama intervened following significant international pressure, thereby facilitating their return to London on 1 November 2016.

Duaa is the latest victim of the reprisal campaign launched by the Bahraini authorities in response to Sayed Ahmed’s work as a human rights defender. His mother-in-law, Hajer Mansoor Hassan, brother-in-law, Sayed Nizar Alwadaei, and cousin Mahmood Marzooq Mansoor have been subjected to grossly unfair trials and are currently serving sentences ranging from three to six years in prison on the basis of coerced confessions and fabricated charges.

Yesterday, Hajer declared a hunger strike to protest her mistreatment and the harsh discrimination suffered by political prisoners in Bahrain. Prison officers often harass political inmates and detainees by eavesdropping on personal conversations and deny them free hygiene products. Other inmates do not suffer from this treatment.

When Hajer complained to the officer by requesting that she be treated with respect, she was told that senior prison officials had instructed officers to make Hajer’s life “difficult”, and threatened that the more she exposes the conditions of imprisonment for political prisoners, the more she will be punished. Furthermore, the prison authorities have revoked the 10 minute phone call that Hajer had been rewarded for participating in daily workshops at the prison.

In its most recent comment on Duaa’s trial, the UK Foreign and Commonwealth Office (FCO) simply reiterated that it will “continue to monitor proceedings”. The British government failed to call on the Bahraini authorities to drop the charges against Duaa.

Both the United Nations and the High Representative of the European Union for Foreign Affairs and Security Policy, Federica Mogherini, have recognised the significance of the reprisals against Sayed Ahmed’s family.

Following her ordeal at the airport, the US Department of State commented on their involvement in the incident.

A British Member of the European Parliament (MEP) Julie Ward wrote to the High Representative of the European Union for Foreign Affairs and Security Policy, Federica Mogherini, to express her concerns over the “judicial harassment of family members of prominent Bahraini activist, Sayed Ahmed Alwadaei, who are being subjected to a collective punishment ”.