Extradition Imminent for Bahrain Football Player At Risk of Torture 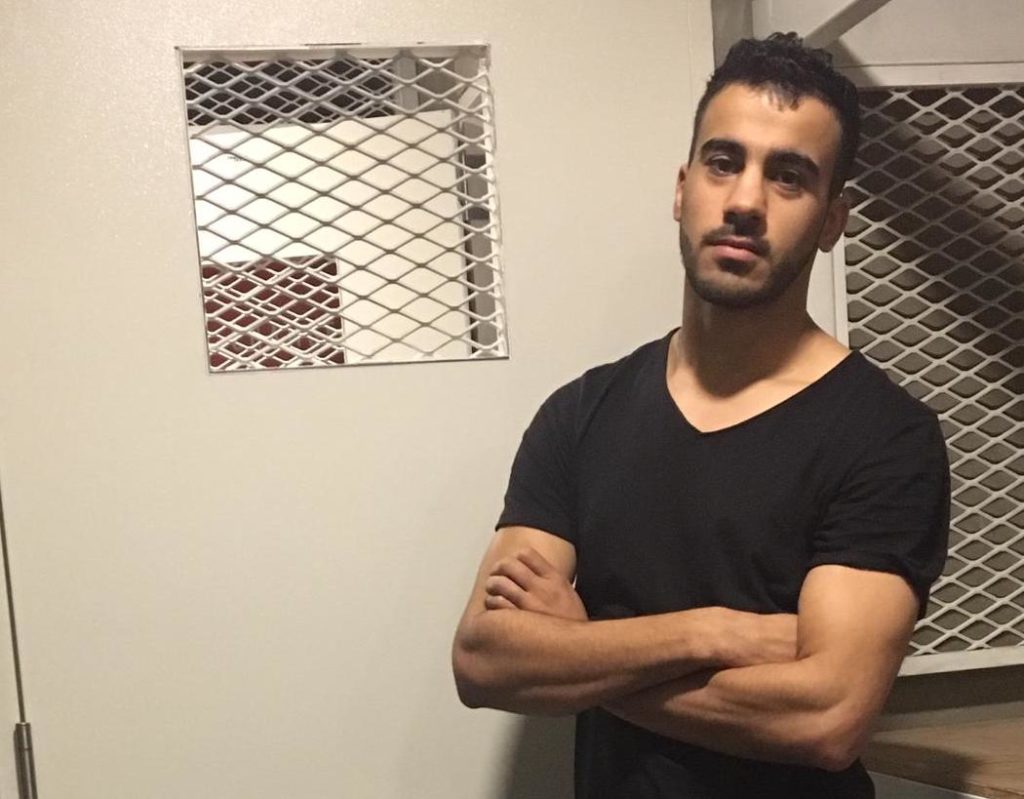 6 December 2018 – Tomorrow, Bahraini football player Hakeem AlAraibi will be taken to  Bangkok Criminal Court (Ratchadaphisek) as Thai immigration authorities decided to proceed with his extradition to Bahrain. AlAraibi was arrested on 27 November on the basis of a now-lifted INTERPOL arrest warrant issued at the request of Bahrain, despite AlAraibi being a recognised refugee in Australia.

The Thai Chief of immigration has stated that, since Bahrain has issued an arrest warrant, it is now up to the Thai court to decide on the case because there is no bilateral extradition treaty.

AlAraibi was prevented from seeing his lawyer today at Suan Phlu (Bangkok) Immigration Detention Center, despite the lawyer making verbal and written requests.

On 4 December 2018, AlAraibi told the Bahrain Institute for Rights and Democracy (BIRD) that the Thai immigration authorities promised he would be able to fly back to Melbourne, Australia, since the INTERPOL “Red Notice” had been lifted, though they added that due to Thailand’s National Day on 5 December, the procedure might be delayed.

It is still unclear why AlAraibi was told he could make his way back to Australia and how the political circumstances have changed since.

AlAraibi told BIRD: “This might be my last message. I still don’t know whether I will be deported to Bahrain tomorrow. I appeal to the United Nations, individual states, FIFA, footballers, and all people, as my fate is now in danger and my future will soon be over.  If I am deported to Bahrain, don’t forget me, and if once I’m there you hear me saying things, don’t believe me. I know what will happen to me and I know I will be tortured to confess things that I have never done. Please continue your fight to save me.”

Commenting, Sayed Ahmed Alwadaei, the Director of Advocacy at BIRD said: “If Hakeem is extradited to Bahrain the Thai government will breach international law and cross a red line which will prompt the international community to act. During Thailand’s National Day we all witnessed how Bahrain’s Prime Minister hailed the strong ties between the two countries. This is a toxic relationship that could destroy the life of a 25 year old, whose only crime has been to tell the truth about his government’s ruthless torture.

After the brutal murder of Jamal Khashoggi, the world should not underestimate how far the Gulf States will go to repress dissent.”

AlAraibi has been very critical of the current president of the Asian Football Confederation, Sheikh Salman Alkhalifa, especially during his candidacy for FIFA presidency in 2016. Hakeem conducted interviews with media outlets, including the New York Times, the Guardian and ITV, and discussed details of the torture he suffered in 2012 while in the custody of Bahraini law enforcement.

On 4 December, BIRD wrote to Gianni Infantino, FIFA President urging him to take a strong public stance on AlAraibi’s case. Despite the urgency of the matter and the imminent risk AlAraibi is facing, FIFA has completely failed to respond or to help the player in any way. FIFA has not sought information about his case, and whether FIFA Vice President Sheikh Salman has pressured the body to ignore its own human rights policies that include protections for human rights defenders and whistleblowers.

FIFA launched a complaints mechanism for human rights defenders in May 2018: https://www.fifa.com/governance/news/y=2018/m=5/news=fifa-launches-complaints-mechanism-for-human-rights-defenders-and-journalists.html

If returned to Bahrain, AlAraibi faces a real risk of imprisonment and torture. Extraditing registered refugees and returning them to territories where they would face a real risk of persecution, torture, or other ill-treatment violates Thailand’s obligations under international law, including the UN Convention Against Torture.

27 November 2018 – AlAraibi was detained at Bangkok Suvarnabhumi Airport (BKK) under Interpol’s “Red Notice”, issued upon Bahrain’s request due to his criminal conviction in 2014. The “Red Notice” was lifted on 4 December.

30 November 2018 – Australian Foreign Minister, Marise Payne said: “He’s not an Australian citizen…and he’s also travelling on U.N. papers. So we have raised that matter. Our post in Thailand is aware of it and is following up on that.”

1 December 2018 – Alaraibi was told by the immigration authorities that he would be able to fly back to Melbourne. A few hours before his scheduled departure, however, AlAraibi was taken to Suan Phlu (Bangkok) Immigration Detention Center and was not provided access to legal representation. On the same day, the Bahraini Embassy in Thailand issued statements on Twitter stating that they are “following up with the relevant security authorities” and that “the suspect is wanted for security cases”.

3 December 2018 – A Thai court approved a temporary remand to detain AlAraibi for 12 days in Bangkok. Thai Immigration also informed the court that they oppose bail application for AlAraibi.

In November 2012, AlAraibi was arrested and tortured by the Bahraini authorities, allegedly due to the political activities of his brother. He has since spoken publicly about his torture. “They blindfolded me,” he said. “They held me really tight, and one started to beat my legs really hard, saying: ‘You will not play soccer again. We will destroy your future.’ ”

In January 2014, Bahraini authorities sentenced AlAraibi to 10 years imprisonment in absentia on the charge of vandalising a police station, which he strongly deny.

AlAraibi fled to Australia in May 2014, where he was granted refugee status in November 2017. This visa allows AlAraibi to remain in Australia indefinitely and to travel to and from Australia, so long as he does not travel to Bahrain, the country from which he has sought protection.

AlAraibi has been very critical of the current president of the Asian Football Confederation, Sheikh Salman Alkhalifa, especially during his candidacy for FIFA presidency in 2016. AlAraibi conducted interviews with media outlets, including the New York Times, the Guardian and ITV, and discussed details of the torture he suffered in 2012 while in the custody of Bahraini law enforcement.

Alaraibi is a football player for Pascoe Vale FC in Melbourne.