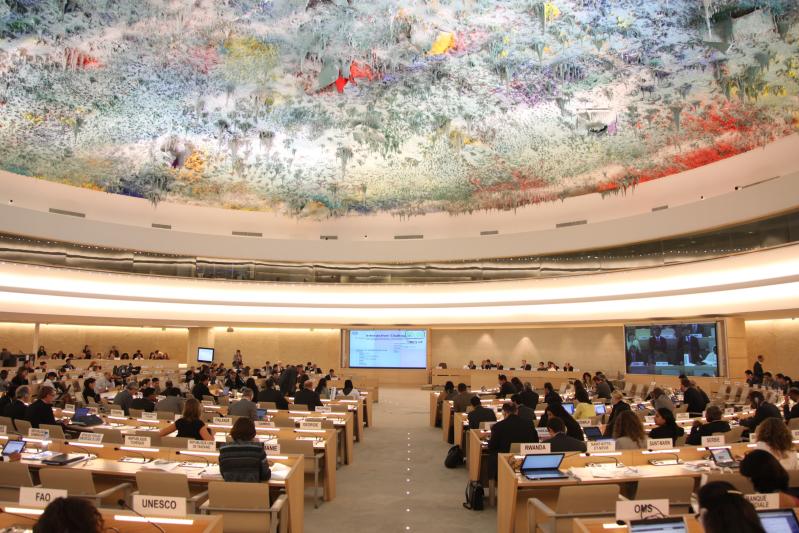 Re: Upcoming 45th Session of the Human Rights Council

The HRC has offered few interventions on the human rights situation in the country since 35 states delivered the 5th joint statement on Bahrain at the 30th session of the HRC in September 2015. Since then, and particularly since 2017, the situation in Bahrain has worsened significantly, despite Bahrain occupying a seat on the HRC since 2018. As a Council member, Bahrain should “uphold the highest standards in the promotion and protection of human rights, and fully cooperate with the Council,” while Bahrain’s rights record must be subject to the highest levels of scrutiny. The situation in Bahrain also meets several of the objective criteria or “guiding principles” supported by a large cross-regional group of States at the HRC to help the Council decide, in an objective and non-selective manner, when it should take action on the human rights situation in particular countries. We therefore consider it extremely important for HRC members and observer states to hold Bahrain to account by publicly expressing their concerns about this grave situation, including under item 4 of the Council’s agenda.

There has been a dramatic rise in the use of the death penalty in Bahrain since the government abandoned a moratorium in 2017, with at least 12 of the 26 individuals currently on death row at risk of imminent execution. On July 13, 2020, Bahrain’s highest court rejected the final appeal of death row inmates Mohamed Ramadan and Hussein Moosa, despite credible evidence that their convictions were based on forced confessions resulting from torture. In February 2020, three UN experts called on Bahrain to prevent their executions, warning that “admission of evidence obtained under torture into any proceeding violates the rights to due process and fair trial and is prohibited without exception.”

Since 2017, Bahrain has executed six individuals, of whom five alleged being tortured. In July 2019, the Office of the High Commissioner on Human Rights issued a statement to “strongly condemn the execution […] of Ali Al Arab and Ahmed Al Malali,” along with an unnamed migrant, noting that Ali and Ahmed had “both clearly indicated that they were tortured to confess to crimes they had not committed.” The UN Special Rapporteur on extrajudicial, summary or arbitrary executions declared their executions to be “arbitrary killings.”

Despite being party to the Convention Against Torture, widespread torture and a culture of impunity still prevail in the Kingdom of Bahrain. In 2017, the UN Committee Against Torture expressed concern over the “widespread torture and ill-treatment of persons who are deprived of their liberty,” while the committee characterized local human rights oversight bodies established after the 2011 protest movement as “not independent” and “not effective” at securing justice for victims.

In July 2020, the International Rehabilitation Council for Torture Victims reported that investigations by Bahrain’s Special Investigations Unit (SIU) into the torture of Mohamed Ramadan and Hussein Moosa “fail[ed] to meet the minimum professional standards and minimum international legal standards to which the Kingdom of Bahrain is subject.” Despite the shortcomings in its investigations, the SIU had concluded that there was a “suspicion of the crime of torture…which was carried out with the intent of forcing [Moosa and Ramadan] to confess.” In September 2019, the Working Group on Arbitrary Detention (WGAD) deemed the imprisonment of activist Najah Ahmed Habib Yusuf to be unlawful, noting that “no action has been taken against the officers” who allegedly tortured and sexual assaulted her during interrogations in 2017 and calling on Bahrain to “accord her an enforceable right to compensation and other reparations.”

Attacks on Civic Freedoms and Reprisals

Despite being party to numerous international treaties and conventions which enshrine the protection of freedom of expression, association, assembly and religion, including the International Covenant on Civil and Political Rights, Bahrain has intensified its longstanding crackdown on civil society and targeted several individuals for exercising these fundamental rights.

Opposition leaders unjustly imprisoned since the suppression of the 2011 democracy movement, including Hassan Mushaima, Dr Abduljalil Al Singace and Abdulwahab Husain and HRDs such as Abdulhadi Al-Khawaja, Naji Fateel and Ali AlHajee, continue to languish behind bars serving lengthy sentences in prisons where torture and ill-treatment remain prevalent.

In light of the above, we urge your delegation to resume efforts to address the human rights situation in Bahrain at the upcoming 45th session of the Council and call on the Government of Bahrain to:

With assurances of our highest consideration.